Fiery and sophisticated without sacrificing the finer things in life, Spain constantly surprises and refuses to be defined by stereotypes.

Spanish is the perfect embodiment of this – passionate, relaxed, and every bit as diverse as the country itself.

From the dramatic Pyrenees and snow-capped Sierra Nevada range to the sun-baked plains of Andalucia to the windswept coasts of the Canaries, timeless beauty rises to meet you and stir your soul. Meanwhile, deceptively simple ingredients combine to deliver delicious, traditional, and regional cuisine that turns every meal into a memory.

Siestas, tapas, festivals, artistic cities, and flamenco are just a few of the other Spanish treasures in store, so we’ve rounded up the best places to experience them and much more, while fine-tuning your multilingual skills. 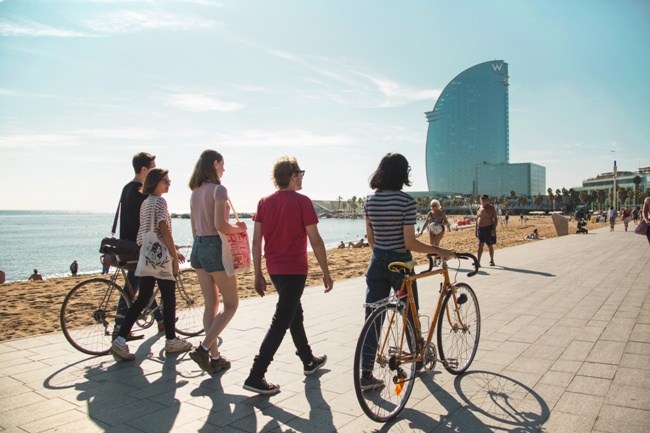 Barcelona — laced with culture, no shortage of history, and Gaudí-beautified architecture — is a city of style whose impression stays with travellers forever. Tucked along the Mediterranean, it combines cosmopolitan grace with old world charm and remains the most active (and most visited) city in Spain.

Constantly pulsing with life and the seemingly never-ending construction of Gaudí’s Sagrada Familia, a language course here sets you up to traverse the street markets, meet locals, and stay up late over dinner, dancing, or relaxed conversations.

You’ll return home wanting to explain how amazing it is (in Spanish and English), though Barcelona tends to be a place where it’s easiest to conclude, ‘You just have to go.’ 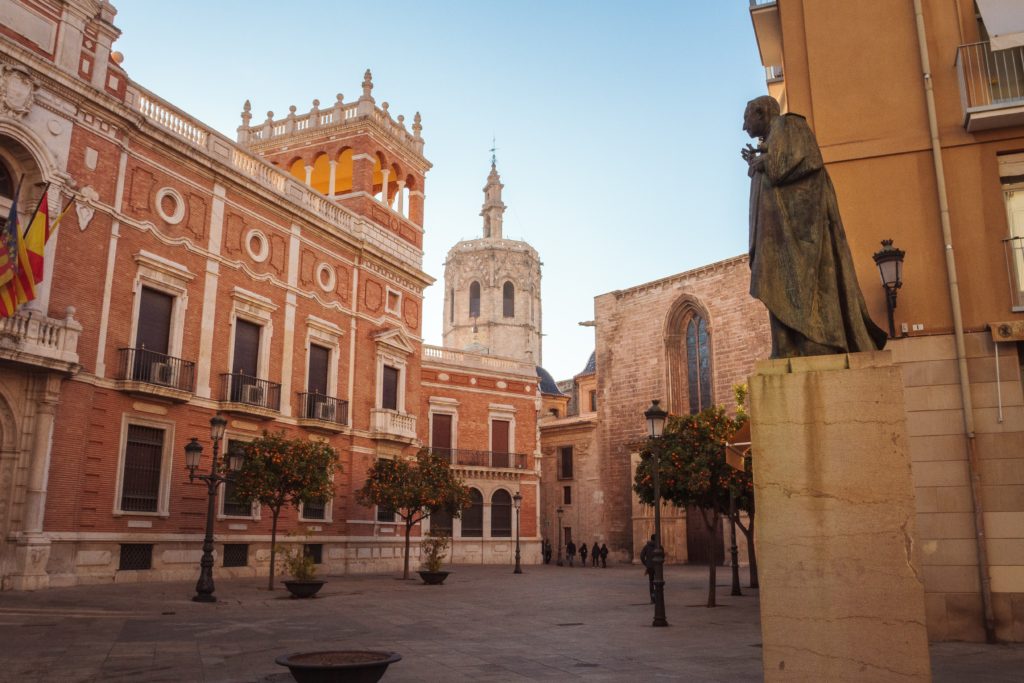 Valencia — the third-largest city in Spain — sits back while Madrid and Barcelona grab the headlines, content to revel in its own thriving culture, gastronomy, and nightlife without the fuss. Innovative and strikingly futuristic architecture intertwine effortlessly with traditional Spanish designs among its streets, while a flooded-riverbed-turned-green-park winds through the centre for a touch of nature in the heart of the modern city.

With plenty to explore, a Spanish holiday in Valencia lets you learn in the morning and wander in the afternoon through the bustling lanes, great museums, and charming old quarter.

Surrounded by fertile farmland, Valencia is also the home to rice dishes like paella. Its rich dining scene serves up high standards of local cuisine and international delights.

Seville (pronounced ‘Se-vee-ya’) combines typical Spanish architecture and imagery with fiery Hispanic passion. As the city of flamenco, fiestas, siestas, and as the birthplace of tapas, its romantic and energetic streets are full of life. You’ll find sumptuous Arabian-influences across the city alongside dramatic Roman history, with, of course, modern and traditional Spanish flair.

With average summer temperatures reaching 35°C and less than 80 days of rainfall per year, it’s a city of sun, pretty facades, and fun — the ideal combination for a Spanish language holiday that gives you plenty of free time to explore its streets. 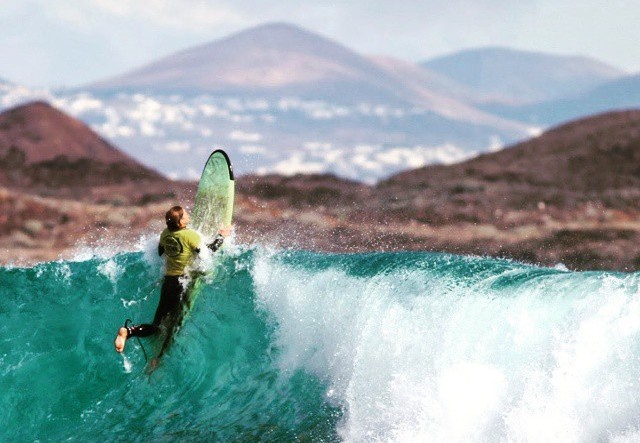 Fuerteventura, not-so-secretly called paradise by most visitors, lies so close to the African coast, it’s visible on even cloudier days.

North African culture has influenced this Canary Island (the second largest of its group) with spicy cuisine, flat-roofed homes, and exotic landscapes. Colourful and dramatic, volcanoes rise from the ocean like beacons of this wild land, giving travellers plenty to see and do during their stays.

Most, however, are more interested in conquering the wind and waves on Fuerteventura’s big and beautiful beaches — some of the best in the Canaries. Spanish surfing holidays in the area don’t let up on this front either, combining watersports like afternoon kitesurfing courses with morning Spanish lessons, or relaxed stand-up paddleboarding (SUP) with learning the local language. 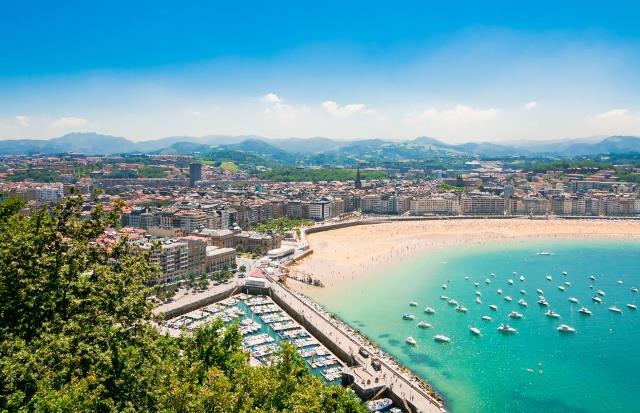 Brimming with indulgences and people who know how to enjoy them, it seems to have more Michelin stars than the heavens, as well as an unmatched tapas (pintxo) culture that helps it frequently secure the renown of one of the world’s best places to eat.

And the food is just the beginning. Surfers and tanned beach-goers flock to the pretty shores to enjoy sweltering summer days, while culture vultures spend time soaking in the city’s rich history. And you, well, you’ll be learning Spanish in a city built for curious minds and lively personalities, with cooking classes or a surf holiday of your own to give you two new skills to write home about. 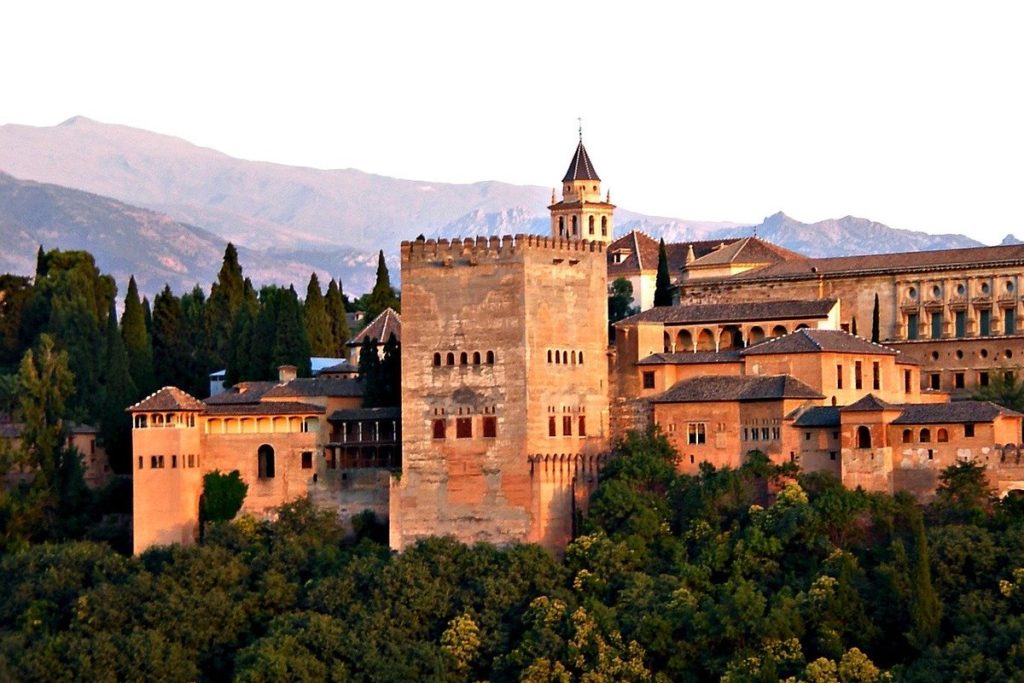 Located at the base of the Sierra Nevada mountain range, yet not far from the sea, it’s a great jumping-off point for exploring Spain after your immersive language holiday.

Learning Spanish in Spain not only improves your language skills, but it also changes your worldview. In any of these incredible locations, you get an insider’s view of the personality and history that has made Spain one of the top cultural destinations in the world. 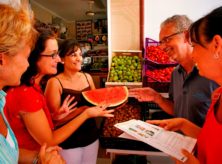 Best Spanish language holidays for over 50s in Spain 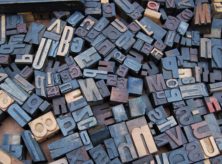 The Most Monolingual Country in the World 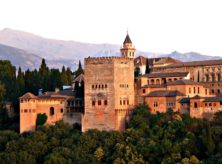 A city named after a fruit 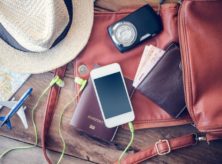 How to make travel look good on your CV