Home » Blog » Travel Europe by Train: The Advantages of Off the Beaten Track City Breaks by Rail

Travel Europe by Train: The Advantages of Off the Beaten Track City Breaks by Rail

Of all the activities that contribute to our personal carbon footprints, frequent short-haul flights are one of the four most impactful. In fact, a single round trip from London to Rome adds 0.4 tonnes of carbon to your carbon footprint, the equivalent of eating a plant-based diet for half a year. All this begs the question, why do we not travel Europe by train?

In this article, we’ll examine the benefits of train travel in Europe for you, and for the planet, and provide you with ideas and tips for rail travel, whether it’s to an off the beaten track city break, or a pan-European adventure.

The Benefits of Train Travel in Europe

As we mentioned already, flying is one of the most harmful activities that we can undertake when it comes to reducing our carbon footprint. As a travel business that genuinely cares about the environment, this is a particularly problematic issue. We can all make lifestyle changes that help fight climate change, but cutting down on flying seems to be the most immediate and effective option. 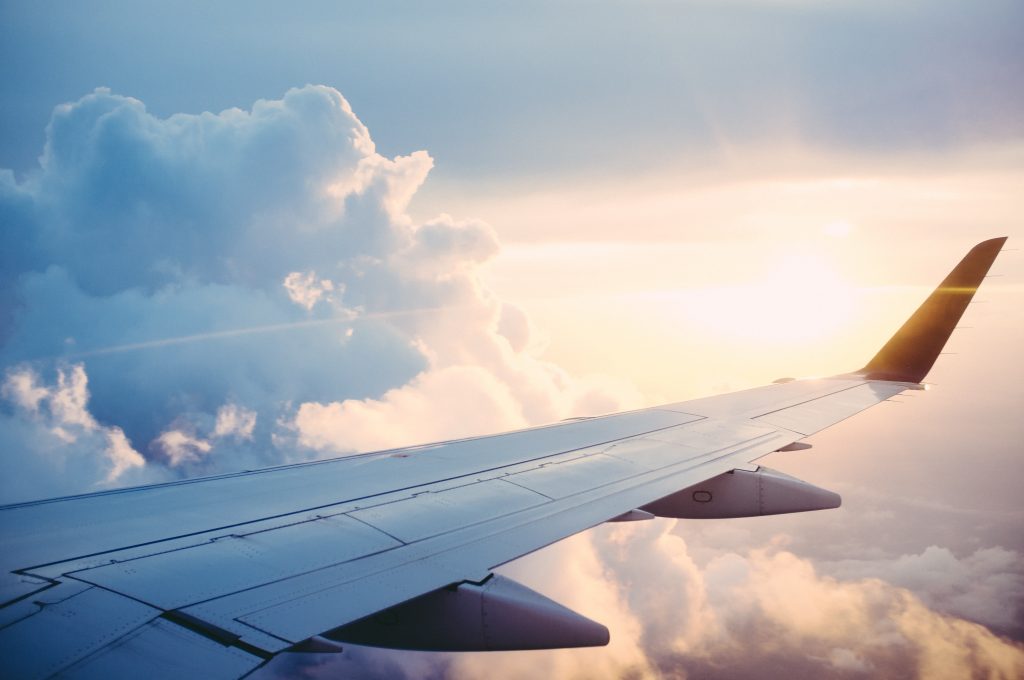 In particular, short-haul flights (which according to the EU make up half of all flights in Europe) seem a frequent habit of most UK residents. Cutting these flights out of your life can be beneficial to both your own travelling experience and the environment, and train travel in Europe is the obvious replacement to hopping from city to city via aeroplane, for a number of reasons.

This is the most obvious, and the most compelling reason to travel Europe by train. If tourism is to truly combat climate change, fundamental differences need to be made in the way we travel to destinations. To travel to say, Milan, on a one way economy flight generates about 0.15 tonnes of carbon per person. To travel the same 780 miles or so by international rail generates 0.01 tonnes.

Even in comparison to driving, which in itself is a much slower, more arduous way of crossing the continent, travelling by train is far kinder to the planet (and your wallet, no having to stop to refill the tank all the time).

Put these statistics into context by comparing them to this study by Lund University, which says that per capita by 2050 we should be producing no more than 2.1 tonnes of carbon per year, and you can see that train travel, when possible, is essential to exploring Europe in an environmentally responsible manner.

Of course, this is only true up to a certain distance, but when it comes to cities like Paris, Amsterdam, Glasgow or Brussels, cities we very often fly to, it can actually be faster to take the train from London than to travel to fly.

And once you’re in Europe, you have access to an entire fast, efficient rail network. For example, in Italy, you can travel from Naples to Venice in under 6 hours, which is admittedly longer than an internal flight might take. 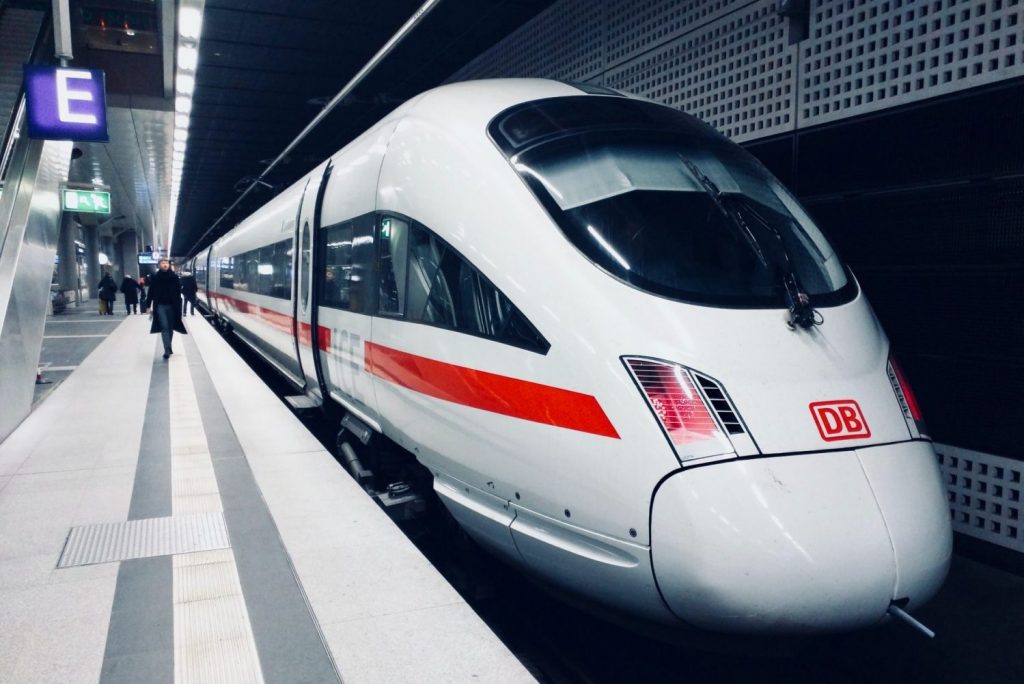 But take into account the taxi or bus to the airport, the pain of queuing for check-in, the awkward pat-down at security, the seemingly endless wait for your gate to be called, the passport control line at the other end, the wait for your baggage, and the long drive or bus from the airport to the city, and you might find that the overall travel time is remarkably similar.

Consider all the extra time it takes to complete the whole air travel experience we’ve outlined above. Add to that the experience of overpriced aeroplane food, the narrow seats on a tight metal tube recycling dry air in the compartment, the views of not very much in particular out of a porthole window, the very millennial despair of having to disconnect your phone from the internet for a couple of hours.

Then compare that to simply turning up at a train station in a city centre, settling in with wifi, plenty of space, freedom to move about, your own food and drink, and a big window showing the countryside unfold outside. We know which we prefer the sound of.

The added bonus of arriving in the very heart of the city you’re travelling to is also a real treat, and takes some of that travel exhaustion out of the equation. Oh, and you also aren’t going to get charged and extra £20 to bring your luggage when you travel in Europe by train. 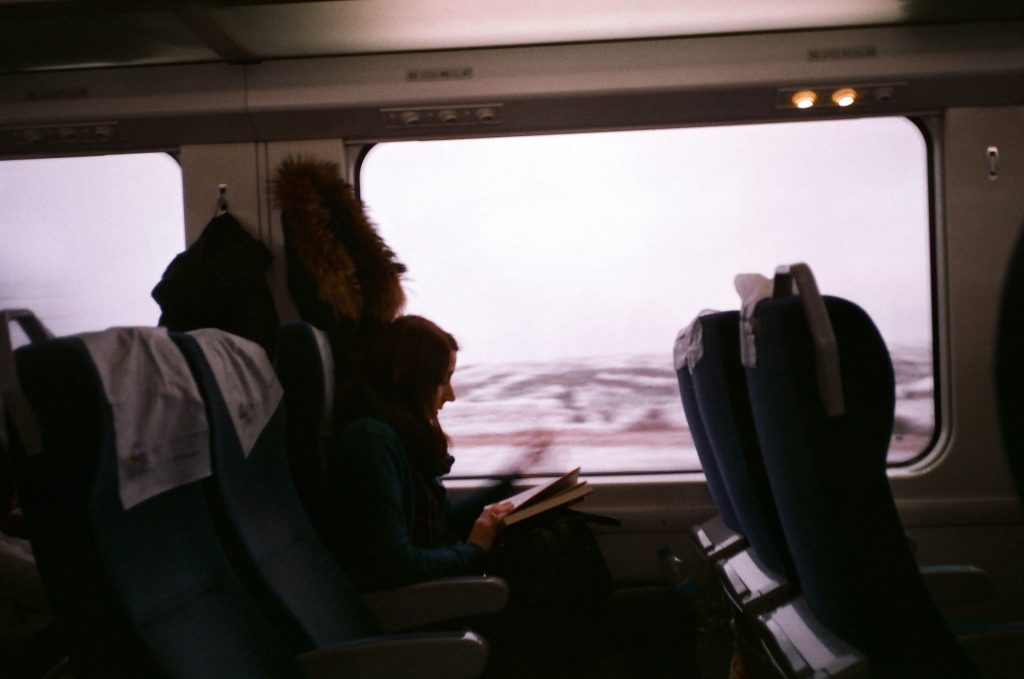 Whilst in the UK we may be used to train fares that cost the same as the deposit on a zone 1 flat in London, in Europe trains are far more reasonable. For example, that aforementioned journey from Naples to Venice, along the entire length of the Italian boot, can cost you as little as £20.

If you plan in advance, take advantage of deals and plan far enough ahead (as most people do when it comes to their holidays), travelling by train can be the greener, cheaper, and more comfortable way to travel.

You’re also helped by the fact that you can easily use websites like Trainline or (or more off-the-wall websites like www.seat61.com) to figure out your journeys in advance and search easily for the cheapest fares. 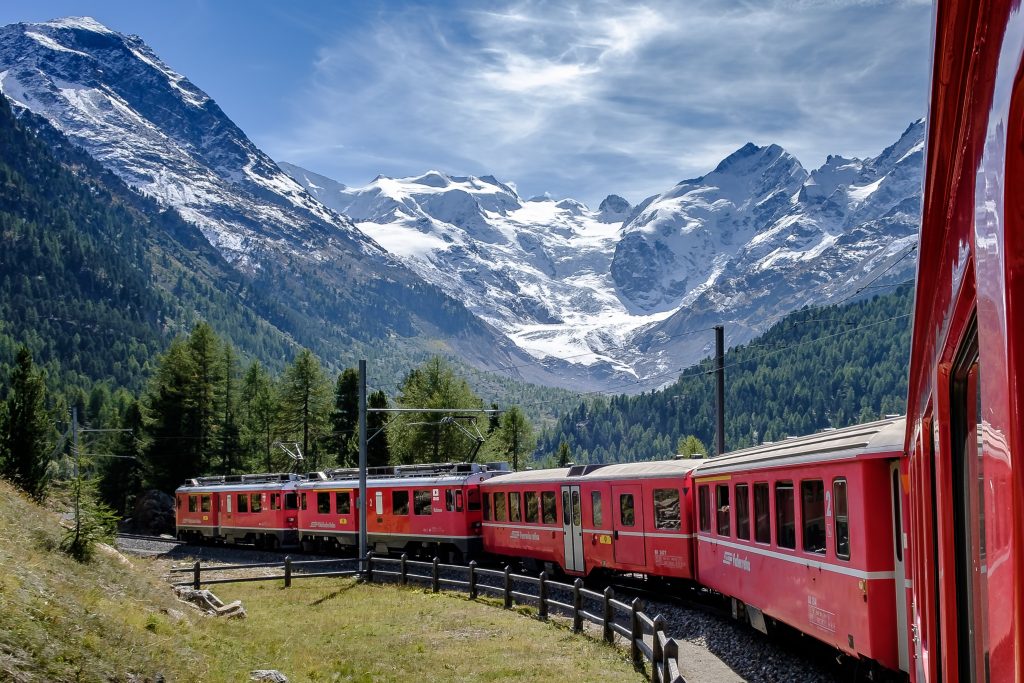 This may not, to some people, be as important or as useful as saving time, money and the environment, but as avid travellers, experiencing the culture of train travel and getting a feel for a country as we travel across it is another huge advantage over the sterile experience of flying.

Rather than sitting at 30,000 feet staring at the top of the clouds, you can watch landscapes, towns and villages flash by, meaning you genuinely feel as though you get to know a country better, as you see places not often visited by tourists and fill in the gaps in your mental map between cities.

Trust us, after a few hours of drinking in a foreign land from the window, you’ll arrive in your destination feeling as though you’ve actually learned something about a country, rather than having been through the same monotonous airport routine. 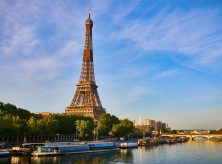 An Immersive City Break in Paris 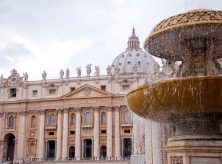 Rome Off The Beaten Track 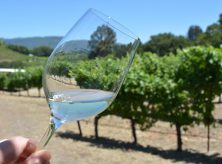 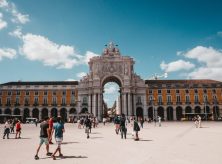 Lisbon Off The Beaten Track

Whilst we may have tempted you into the idea of travelling Europe by train, you may still be wondering where exactly the best destinations are that you can feasibly reach via train from the UK.

In this section of the article, we’ll outline some of the best train trips you can take in Europe which far outweigh the benefits of flying, and provide you with some tips to make the most of your train travel in Europe. 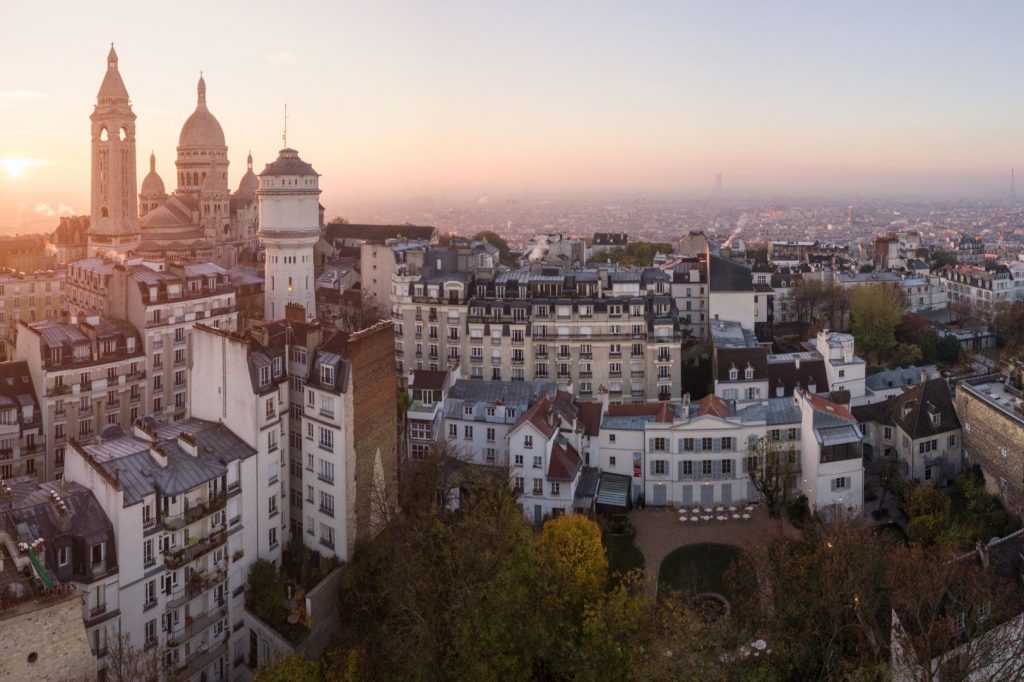 The first and most obvious choice of city when it comes to travelling by train, the Eurostar makes the London to Paris an effortless journey. In two and a half hours, you can travel from London St Pancras to the heart of Paris at Gare du Nord, far easier than heading out to Luton or Stanstead, flying to Beauvais and having to travel into the city.

On this off the beaten track city break in Paris, you’ll be picked up from the train station and taken virtually round the corner to your hotel, before enjoying an unforgettable weekend of wine tasting, authentic French cooking and private walking food tours that’ll introduce you to Paris’s best kept culinary secrets.

At the end of the tour you’ll be taken back to the train station, where a couple of hours later you’ll find yourself back in central London, having enjoyed a unique long weekend with minimal impact on the environment. 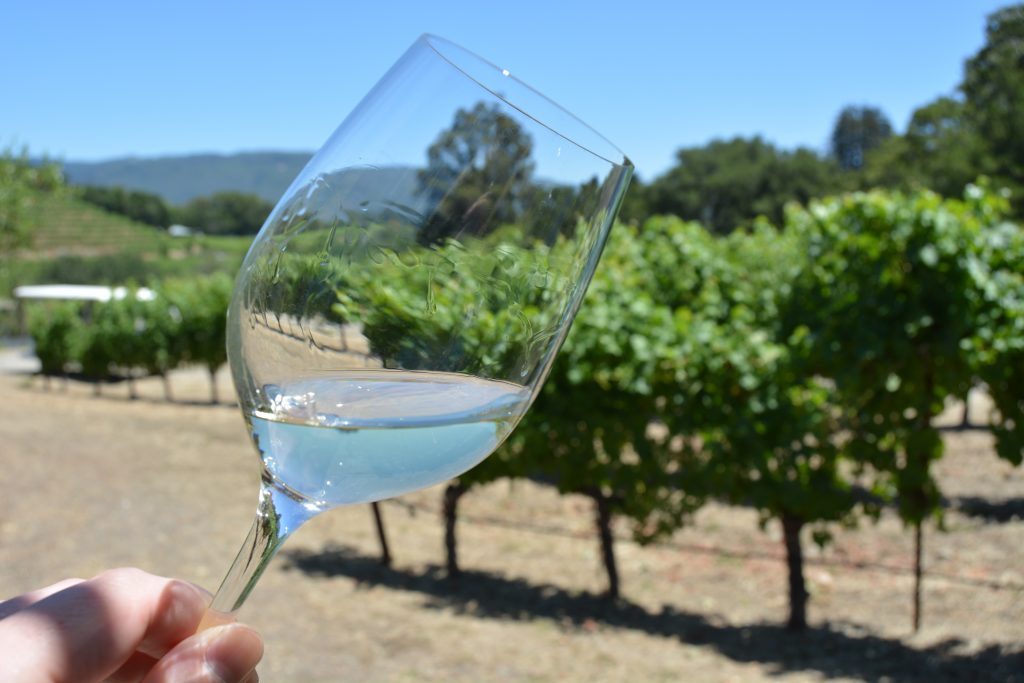 Turn your standard city break into an environmentally friendly tour of a lifetime, taking in the cities of Paris, Barcelona, and finishing with an off the beaten track city break in Valencia, where you’ll immerse yourself in the food and wine scene of one of Spain’s lesser-visited, but most compelling cities.

Whilst this is clearly a long old stint to do in one go, your journey from London to Valencia is broken up by changes in Paris and Barcelona, allowing you to take in two of Europe’s most iconic cities, before ending by getting off the beaten track in Valencia, enjoying vineyard tours, market visits and cooking classes that will reveal the secrets of authentic local cuisine.

Our tip for this adventure would be to plan well in advance, and give yourself time in your stops at Paris and Barcelona to get a good night’s sleep and some time to explore. With two hours from London to Paris, six from Paris to Barcelona and three from Barcelona to Valencia, these journeys can be spent in total ease and comfort. (Tip: buy your tickets separately so you can choose the length of your stopovers in each city). 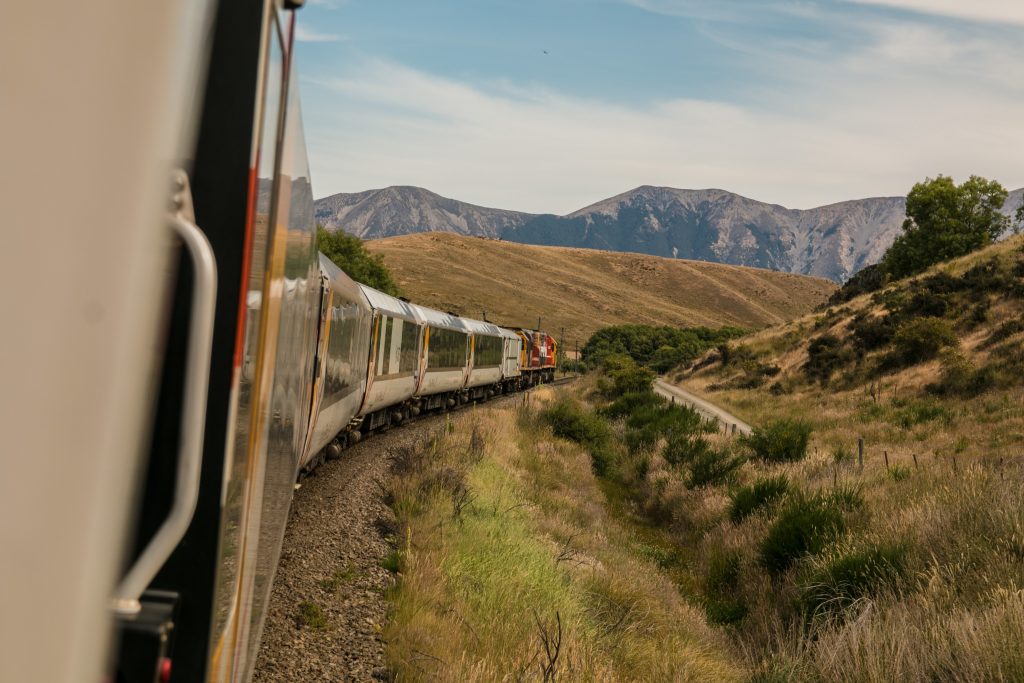 For those on the hunt for a longer adventure, this triangular route to iconic Italian cities makes the very most of Italy’s excellent high-speed rail system. Starting with an off the beaten track city break in Rome, where you’ll tour the city on a vespa and discover beautiful vineyards outside the city, before taking a ninety minute train up to Florence.

In Florence you’ll learn to cook like a Tuscan resident and cycle through the beautiful streets on an e-bike, then at the end of your time here you can catch a train that winds through the stunning hillsides to Venice, in just two hours.

Here, you’ll taste cicchetti and explore the city’s stunning lagoons, discovering the very best of three cities using transport that has minimal impact on the environment. And while the train to and from the UK may be a seriously long one, you never know what hidden gems you may find on the way.

Here at Not In The Guidebooks, we work hard to encourage our customer to travel in the most responsible way possible, be that in a way that protects the environment, or ensures their money goes to the local community they are visiting.

Our European city breaks are designed to get you off the beaten track in Paris, Rome, Lisbon and more, so that you discover more than the standard sights and back your long weekends full of local, authentic activities. They’re also designed to encourage you to travel responsibly. Many are within reach of the UK, and though the journeys may be longer we truly believe train travel is the future for Europe as we look to protect the planet, and still explore this incredible continent. 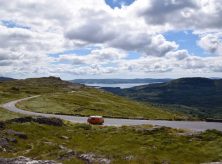 No Fly Holidays with Not In The Guidebooks 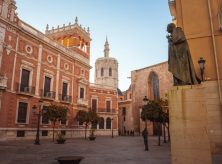 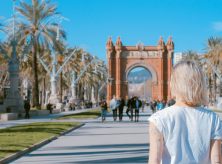 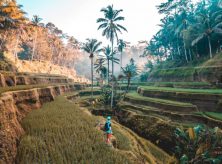 What is Responsible Travel?