Recently, Not In The Guidebooks’ Carol and Debbie headed to Valencia on a business trip, both keen to experience the best that the city had to offer in a short space of time.

While Debbie met our hosts and enjoyed some of the local experiences that we offer, Carol explored alone, and the difference in the respective times they had was clear.

Debbie packed in some of the very best of Valencia, and left having felt she’d seen everything the city had to offer and inspired to take her family back, whereas Carol felt underwhelmed and unlikely to have Valencia as her top holiday destination any time soon.

Valencia without Not In The Guidebooks Carol is far from an inexperienced traveller. Even so, when trying to find a good travel experience in the short space of time she had outside of work, it was a hassle.

In theory, Carol did all the right things: asked for recommendations at the hotel, booked to visit Valencia’s most popular market, and as Valencia is a coastal city, made time to visit the beach.

The problem is, without local knowledge, how are you supposed to know that the beach at Valencia is not a major attraction, or even that close to the city centre? Underwhelmed by Valencia’s beach, Carol’s next aim was the main market.

Again though, after travelling with a taxi driver who spoke no English, arriving at the wrong market, and eventually arriving to enjoy a breakfast before heading back to the hotel and off home again, Carol was left feeling short-changed, and unlikely to bring her family to Valencia in the future.

Debbie’s experience of Valencia could not have been more different.

Valencia with Not In The Guidebooks

Debbie had organised her experiences pre-departure with our hosts in Valencia, which meant she was really making the most of the short time she had whilst not working, and didn’t waste time trying to figure out where to go and what to do.

After checking in at the hotel, she headed out with a group of travel agents to grab lunch in Valencia old town, visiting an authentic tapas restaurant where they enjoyed 6 courses and some classic Valencian paella.

After, they joined their guide for the evening, Bogi, for a tour of Valencia old town and a private tapas experience in an 11th-century monument. As they explored the old town, stopping in the basilica, the Plaza de la Reina all the while getting a great insight into local life and learning everything worth knowing about the beautiful part of town thanks to the knowledge and enthusiasm of Bogi. 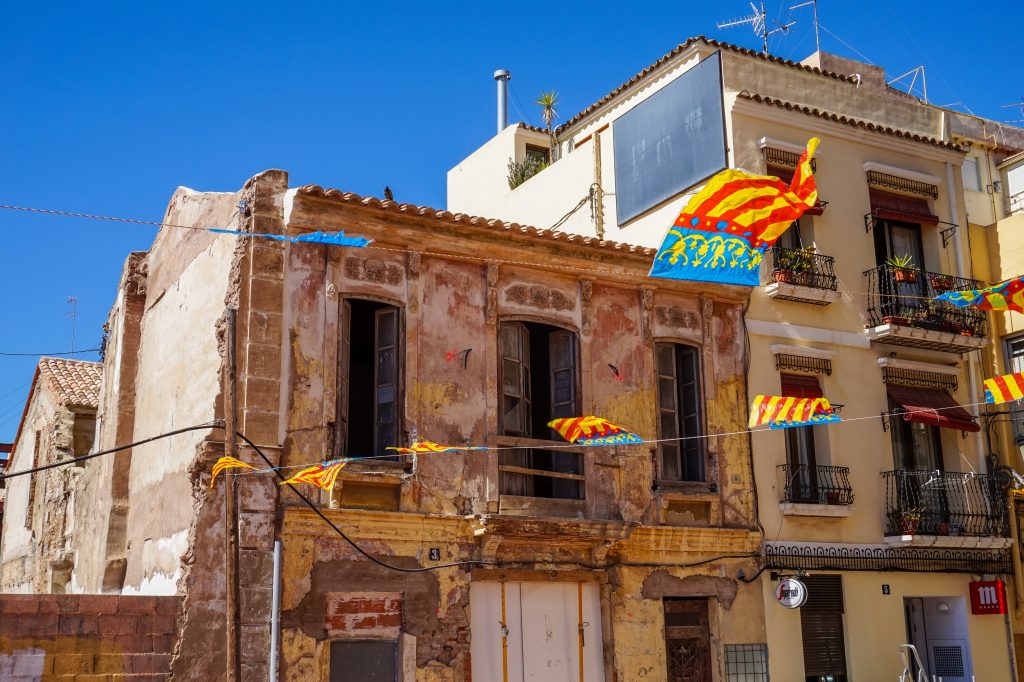 After the tour, they stopped at two large wooden doors, heading through them into an idyllic little courtyard, one wall of which was the remains of the ancient Roman wall, for a private evening of wine and tapas.

In this unique venue, they enjoyed a 10-course tasting menu of local produce and paired local wines, with Bogi talking the group through each dish in detail so that by the time the meal was over, each member of the party had a real grasp of authentic Valencian cuisine. 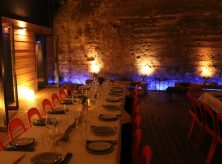 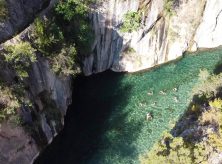 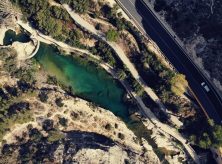 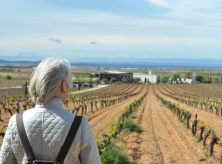 The next day, Debbie’s adventure took her out of the city centre, getting her off the beaten track to enjoy the kind of day out only the locals really know of.

With guide Daniel, another enthusiastic, passionate guide who helped make the day so special, the group headed to a small village in the hills, and visited a small taberna where the locals sat, enjoying their 11am break from work with a glass of wine. A real glimpse into local life outside of the city, this small section of the trip was one of those moments you would never find on your own, particularly if you only had a short amount of time there.

After a drink here, they headed to the beautiful Bridal Veil Fall, where Daniel told them the fascinating story of how the thirty-metre torrent of water got its name. From there, it was a short trip to the beautiful thermal springs, which, while not hot, are a perfect swimming temperature. 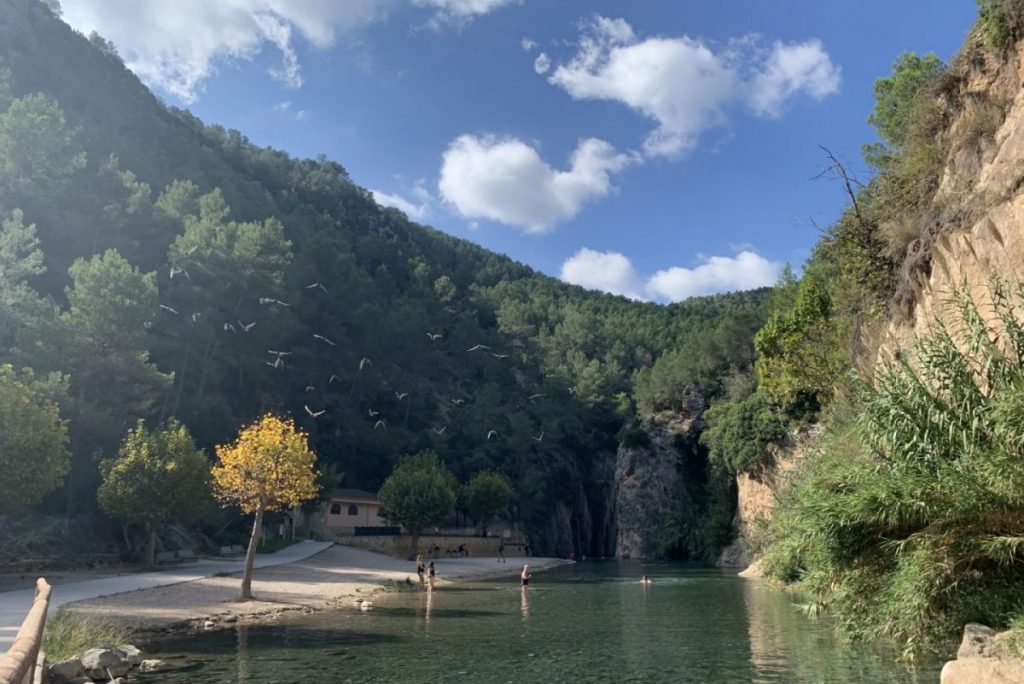 After a swim in the crystal clear waters it was time for a local lunch at a small restaurant on a hillside, overlooking the springs and rolling countryside. While the meal itself wasn’t included, the spot was one of those hidden gems that you don’t come across all too often, and another discovery made only thanks to the intimate knowledge Daniel had of the area.

Debbie finished her Valencian adventure with a cycling tour of the city in a group of ten. Diego, the host for the experience, took the party to the parts of the city Debbie hadn’t visited yet, exploring the green park that winds its way through the centre, following the route of the old river the Valencians diverted after it caused too many flooding issues.

After exploring this lush green park with great cycle routes and the futuristic city of arts and sciences, Debbie felt she had seen the very best of Valencia in a short space of time. But it was the hosts and guides who made the trip feel unique, and made Debbie feel as if she’d really seen the very best the city had to offer.

By discovering the spots off the tourist trail, by learning as she explored, by simply experiencing first-hand the passion that these guides had for showing visitors around their home, Debbie had an entirely different experience of Valencia, and is planning on returning with the family in the future…

Here at Not In The Guidebooks, we work hard to seek out the very best local hosts and experiences around the world, so that wherever you visit, you have the opportunity to not just see a city, a region or a country, but to experience it like a local, make connections with places and people, and have a travelling experience that really stays with you. 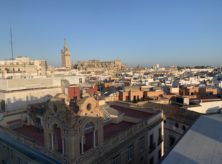 Two Days in Seville as Only Locals Know it 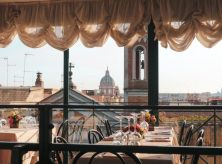 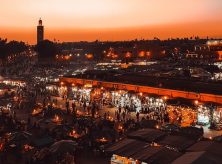 Our Top 3 Day Trips from Marrakech 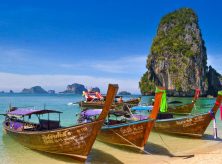