Virtually everyone knows Iceland’s highlights. The Blue Lagoon, the Golden Circle, the world-class whale watching, the northern lights, they’re all famous for a reason and well worth visiting, but what if you want to get off the beaten track to discover some of the top hidden gems in Iceland?

With a huge, remote interior, mighty glaciers, endless rippling mountain ranges and coastal regions that feel like the edge of the earth, there are few destinations better for exploring when you’re on the hunt for true wilderness and offbeat experiences.

So to help you get inspired for your next holiday in Iceland, here are our top 6 hidden gems in that will get you far from the crowds of tourists and help you have a unique, memorable experience. 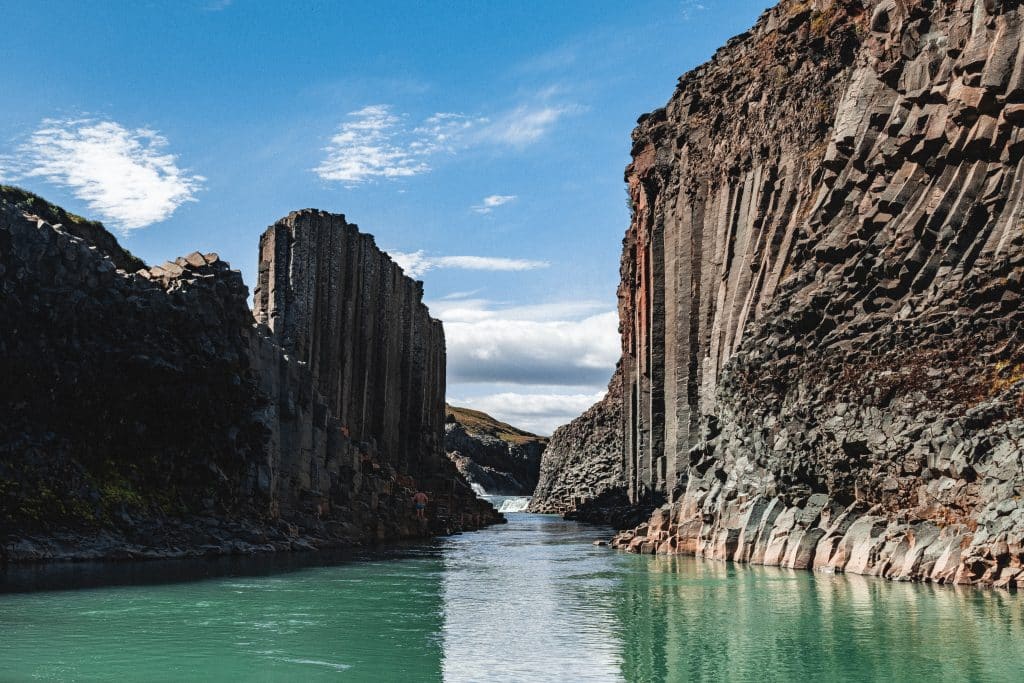 Located in Eastern Iceland, almost 20km from the famous Route 1 ring road, Studlagil Canyon is one of Iceland’s most dramatic and beautiful canyons, which in a country that is full of jaw-dropping gorges and valleys, is really saying something.

It was formed by the Jökla River, a glacial river flowing down from the Highlands, which had a current so powerful it forced its way through the basalt rock. Since then, the introduction of a nearby hydroelectric plant has lowered the level of the river, revealing a stunning valley of pitch-black basalt columns, cut through by a technicolour-blue glacial river.

It’s also a stunning corner of Iceland to drink in the magic of the Northern Lights, what with it being so far from any light pollution.

Lying off the famed Route 1, it’s remained somewhat of a hidden gem thanks to a lack of signage pointing to it, and its location on the eastern side of the island. To reach it, take the turn off onto road 923 and follow it to the car park, where you can explore this remote, untouched area without the stress of crowds of tourists. 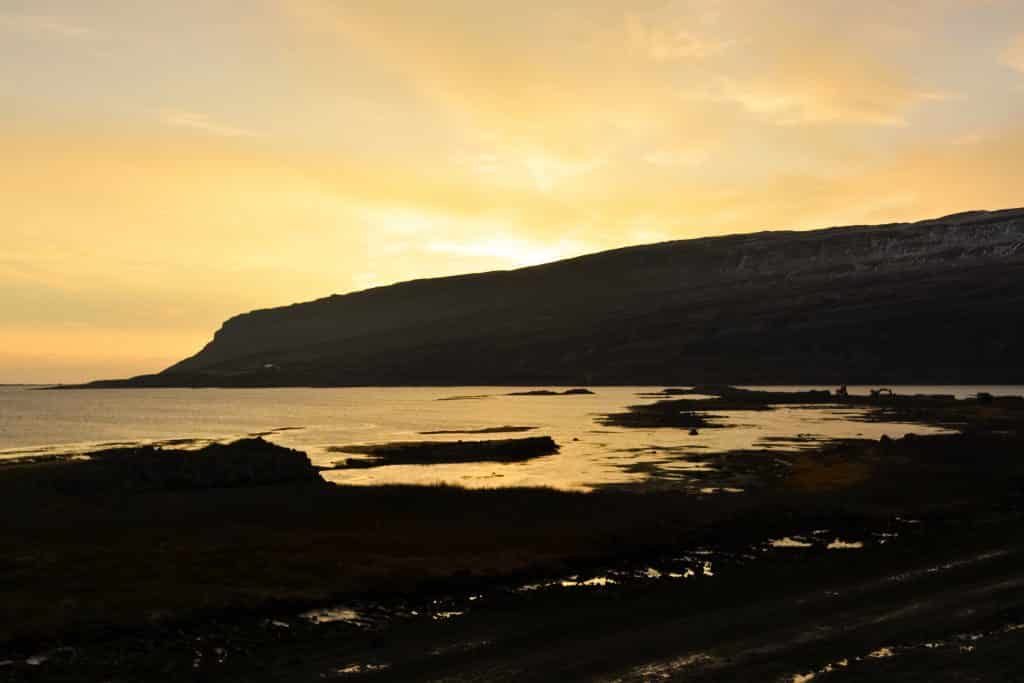 Everyone’s heard of Iceland’s famous Blue Lagoon, and many have also now cottoned on to the lesser-known Sky Lagoon, found just outside the centre of Reykjavik. But there are countless hot springs dotted all over Iceland, some left to be completely natural, some with pools carved out of the rock to encourage bathing.

Situated in the vast maze of the Westfjords, Helluhaug is a hidden gem on the southern coast of this incredible region of Iceland, far from any crowds or queues and boasting magical sea views, as well as a constant temperature of 38 degrees Celsius.

If you’re incredibly lucky and visit in the summer months, you might even be able to do a spot of whale watching from the shore, in your very own hot spring that couldn’t feel further from civilisation.

And what with this hidden gem being so remote, there is no charge whatsoever to enter the small pool. If you have the determination to find it (it’s over two and a half hours from Route 1), then it’s all yours to enjoy. 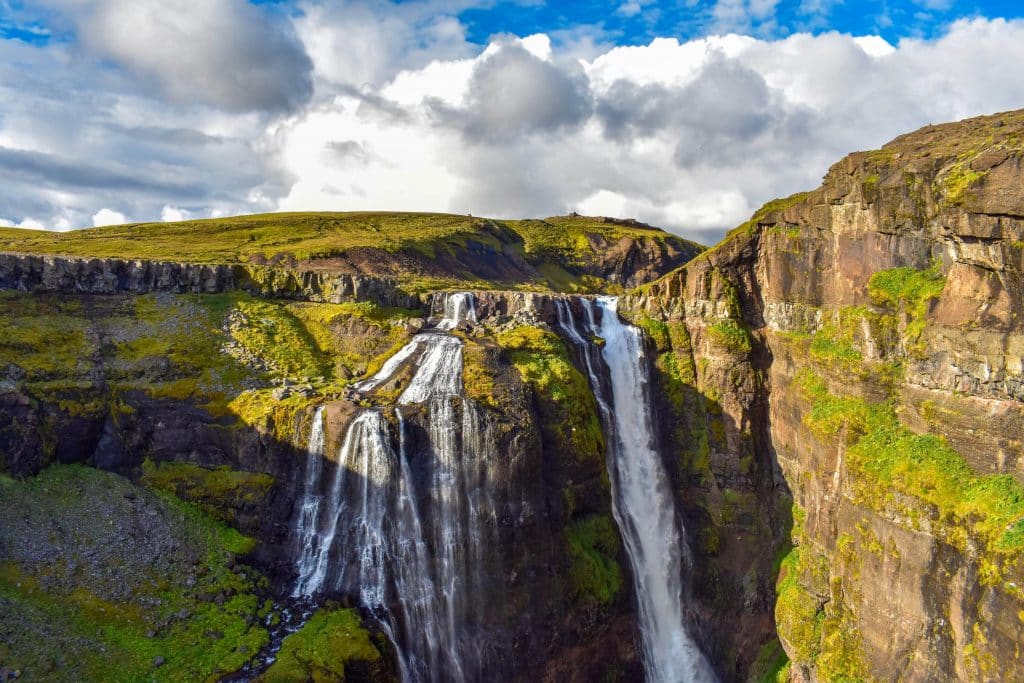 Compared to the last two hidden gems, the second highest waterfall in Iceland is relatively close to the capital city of Reykjavik, but that doesn’t make it any easier to get to. The only way to reach the 198 metre tall waterfall is a 3 hour hike, but it’s one of the most rewarding hikes you will be able to find in the whole of Iceland.

You’ll cross rivers with the help of a rope, walk through a cave, and explore a dramatic valley along a narrow mountain path. Eventually, you’ll be greeted by one of the most dramatic waterfalls in Iceland, without having to worry about other tourists getting in that perfect shot you were just lining up.

And with the car park just 45 minutes’ drive from central Reykjavik, it’s an off the beaten track adventure you can complete in a day even if you are staying in the capital.

You might have noticed us calling Glymur the second highest waterfall in Iceland, but it’s still thought of by many as the tallest, as the newly discovered Morsárfoss is difficult to reach and relatively unknown in comparison.

Off The Beaten Track Iceland 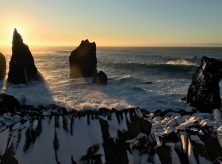 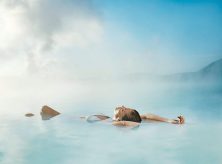 A Special Countryside Adventure in Iceland 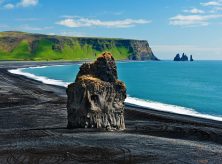 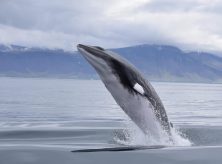 The Ultimate Winter Break in Iceland 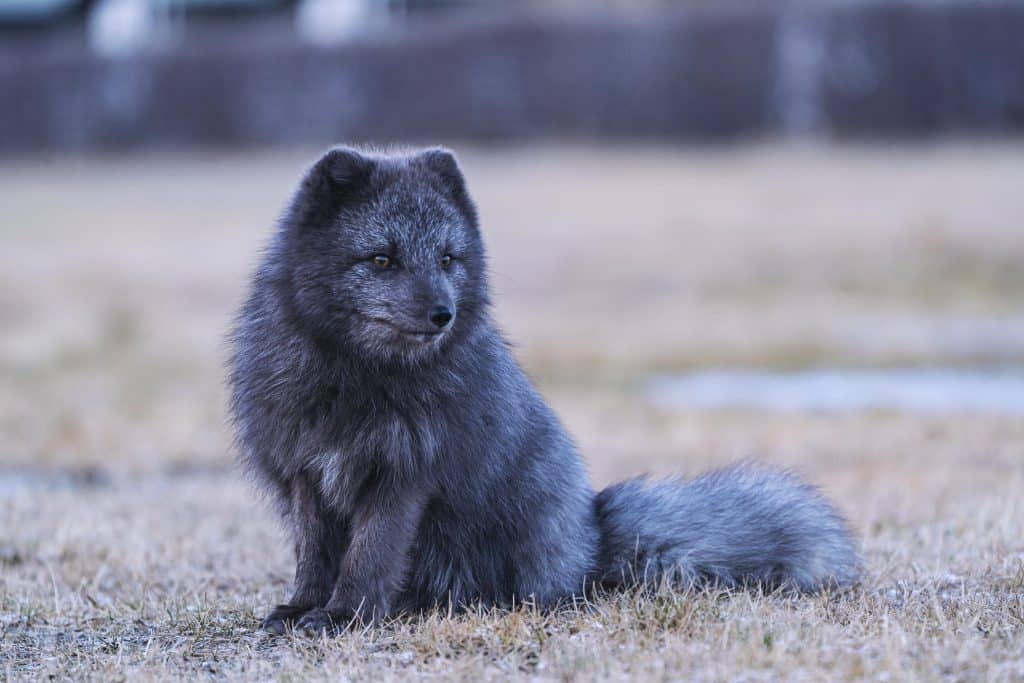 From relatively close proximity to Reykjavik to Iceland’s northernmost nature reserve, Hornstrandir is remote even for the Westfjords, situated as it is at the very top of the region. Accessible only in the summer months, it’s a vast collection of sea cliffs, burgeoning plant life and tundra, and is home to Iceland’s only native mammal species, the Arctic Fox.

Bear in mind if you want to visit this region, which takes its place as a hidden gem due to how incredibly remote it is, you need to be ready to explore in a self-sustained fashion. There are no shops, no hotels and no roads, so we’d recommend only experienced hikers take on Hornstrandir solo.

If you want to take the plunge however, it’s one of the most rewarding areas of Iceland to explore, with jaw-dropping sights like Hornbjarg, a huge towering sea cliff, and endless flowering fields to enjoy, with absolutely no sign of modern civilisation.

With countless bird species and old signs of settlement dotted all over the nature reserve, it’s a great place to visit for those on the hunt for a truly off the beaten track adventure. 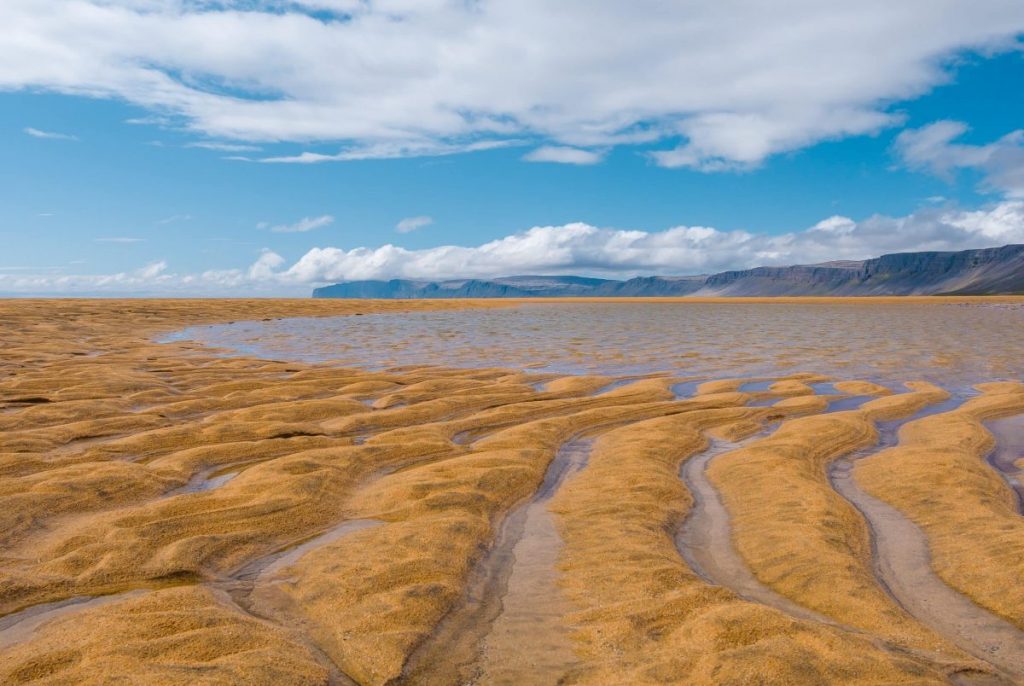 Remaining in the Westfjords for now, whilst many tourists come to Iceland to drink in the otherworldly beauty of its black-sand beaches, Rauðisandur Beach is unique thanks to sands that almost seem to shift colour in the light, from red, to gold, to white.

It’s located on the southern coast of the region, almost as far west as you can manage and a good 4 hour drive from Route 1, meaning that by the time you reach it you can almost guarantee a beautifully secluded experience.

The beach is also located close to the highest sea cliffs in Europe, Látrabjarg, a fantastic place for birdwatching and the continents westernmost point.

For a beach that gets you far from the crowds and deep into Icelandic wilderness, Rauðisandur is the place for you. If you’re lucky, you might even be able to spot a couple of whales frolicking in the waves out in the Atlantic. 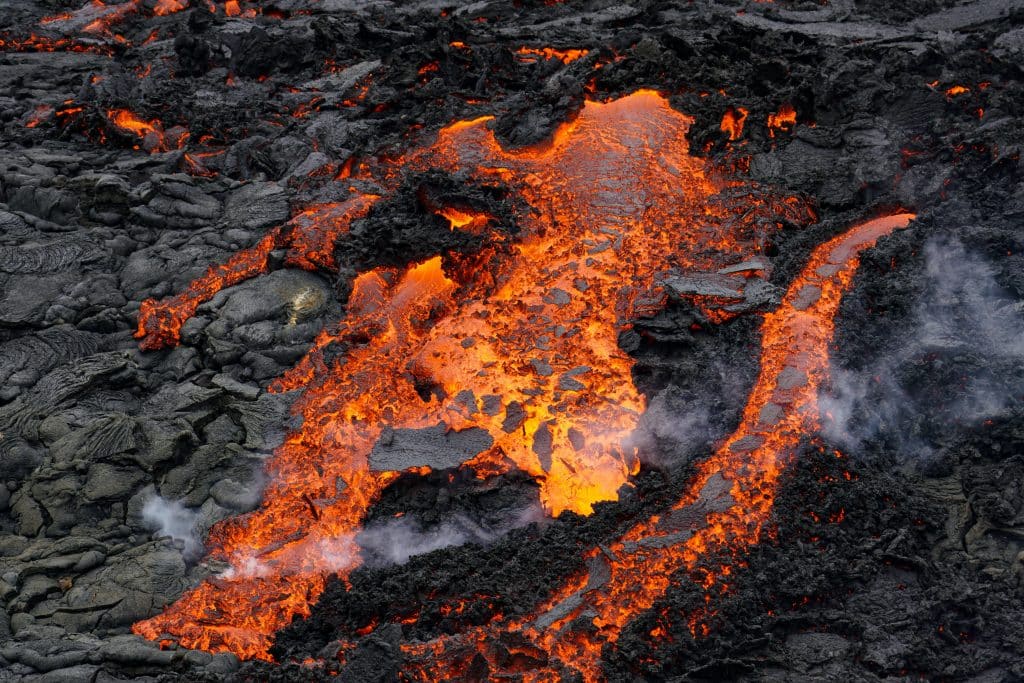 Iceland is known as the land of fire & ice, but not everyone knows how to get to a genuine active lava flow and volcanic eruption. Holuhraun erupted for 6 months in 2014, releasing magma in a way that has now created a lava field almost the same size as Manhattan, and it is still warm, and flowing.

Located deep in the Highlands, it’s about as hard to get to as any site in Iceland, and it’s situated far from any of the main highland roads. Now though, there are some remote hiking routes you can take to see the lava flow, where you see nature in its rawest form – there are few places on earth you can actually witness a volcano oozing lava so close to the ice of a huge glacier.

You can even find guides who will take you to view the still steaming crater, for an experience that will live long in the memory.

For those truly intrepid travellers who want to see nature at its most extreme, it doesn’t get much better than this volcanic hidden gem in one of the most remote corners of Iceland.

Here at Not In The Guidebooks, we’re always on the hunt for local experiences and unique things to do in stunning destinations around the world. We understand that no one has better knowledge of a destination than the locals, so these are the people we put you in touch with, to ensure you have the very best travel experience possible. 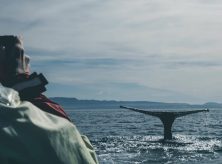 Where to go Whale Watching in Iceland Blue Lagoon vs Sky Lagoon – Which is Better? What is the best time of year to visit Iceland?