Not just icebergs turning slowly in dramatic inlets, snow-capped mountain ranges on the horizon interrupted by mighty glaciers carving out dramatic valleys, bubbling hot springs and smoking volcanoes, Iceland is also the perfect holiday destination to see all of this underneath the majesty of the Northern Lights.

Situated at a latitude of 65° N, right on the southern edge of the Arctic Circle, it’s one of the very best spots in the world for getting away from any light pollution, and drinking in the spectacle of the shimmering green Northern Lights overhead as they drift slowly above distant mountains.

Whether you head out on a Northern Lights cruise from Reykjavik, or head to the pure isolation of the north coast on a tour of Iceland’s infamous ring road, wherever you choose to see the Northern Lights, your chances are good, and you’re sure to see them in a truly beautiful natural landscape. 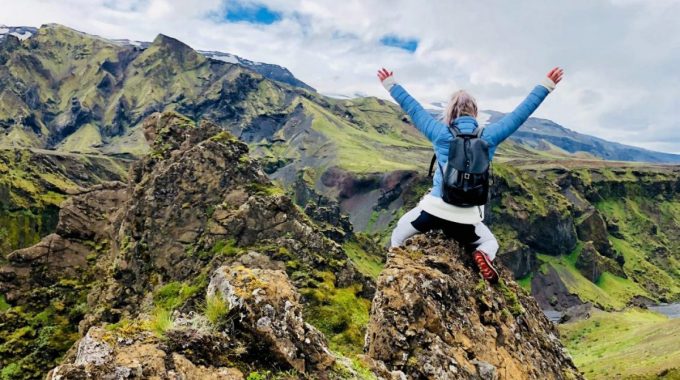 The Ultimate Winter Break in Iceland

Enjoy the ultimate adventure in Iceland. Immerse yourself in the fresh air, soak in mineral rich thermal lagoons and tak[..] 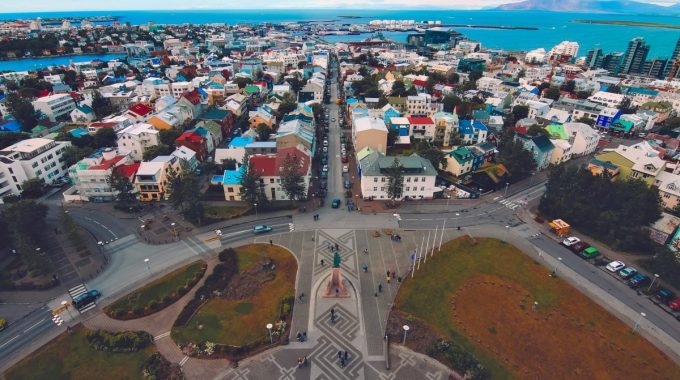 A 2 Night Break in Reykjavik

Enjoy an unforgettable experience in Iceland. Relax in the Blue Lagoon and see the natural phenomenon that is the Northe[..] 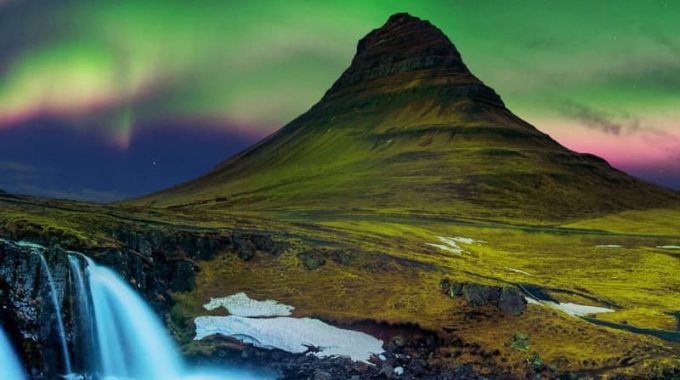 A Romantic Valentine’s Break in Iceland

This exclusive short break is in Iceland is the perfect getaway for any romantic occasion. Search for the spectacular No[..] 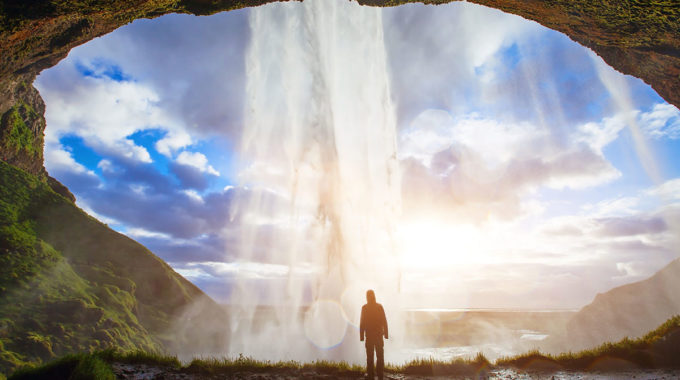 Discover the land of fire & ice on an unforgettable journey that crosses glaciers, snakes through lava tubes, spans volc[..] 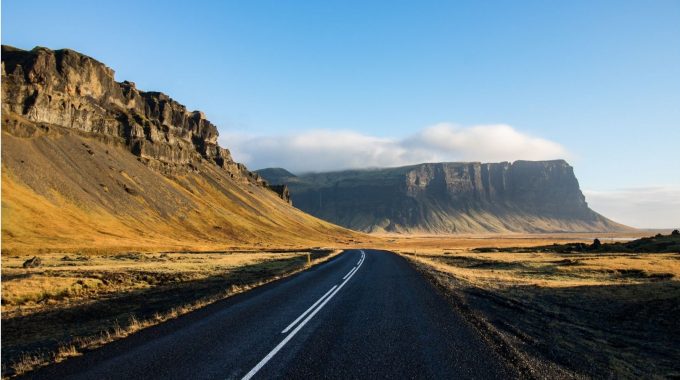 Enjoy the wonders of Iceland's South Coast. Relax in the natural geothermal lagoons, experience the power of mighty wate[..] 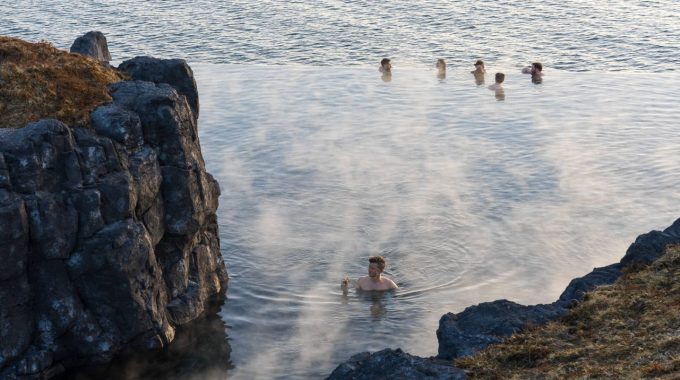 An Icelandic Spa experience you will never forget. Soak in nature's best outdoor spas and take in the awe inspiring view[..]

Where to go Whale Watching in Iceland

What is the best time of year to visit Iceland?

The Aurora Borealis in the Land of Fire and Ice

There aren’t many places in the world that photographers can capture a fiery volcano and the brilliant green flashes of the Northern Lights in one place, but on a holiday in Iceland, if you’re willing to do some intense hiking, have a lot of patience and nerves of steel, it’s a shot you can pull off.

We’re not expecting our travellers to go to quite such extreme lengths as this, but there are so many beautiful locations all over Iceland, far from any light pollution, that makes for an unreal spot to watch the Northern Lights gently dance overhead against the inky black sky.

Where to see the Northern Lights in Iceland

Iceland’s latitude means that virtually anywhere on the island, provided you are away from the larger settlements like Reykjavik, you have a great chance of spotting the Northern Lights provided it’s a clear night.

Even in the capital, one of the most accessible ways of seeing the Aurora Borealis is by taking a cruise from the old harbour on an old fishing vessel out into Faxaflói bay, away from the most northerly capital in the world and away from the light pollution.

If you want to get further off the beaten track, then that’s a huge plus for increasing your chances of seeing the Northern Lights. If you’re driving the ring road for example, then mountains like Kirkjufell provide one of the most popular destinations to shoot the Northern Lights from.

When to see the Northern Lights

Clearly, you’ll get more chance of seeing the Northern Lights when the nights are longer, so in general the winter months, from September through to March, are your best bet. That being said, Iceland’s position is so ideal that the Aurora can even become visible in the months of May and August (if only very briefly).

For the best experience, we would recommend visiting in the months of October through to March. If you’re brave and fancy a go at some whale watching off the coast of Iceland with the chance of catching a glimpse of the ocean’s apex predator, the Orca, alongside the Northern Lights then head out in winter of the Snæfellsnes Peninsula.

Why choose Not In The Guidebooks?

We’re passionate about helping people find the most amazing experiences on their travels, through meeting local people, exploring new places, and discovering alternative activities that make holidays special. We do this by carefully selecting partners in countries around the world who are experts in their local area, sourcing interesting people who can guide you through immersive experiences.

We’ve got local partners all across Iceland, from the wild north coast to the country’s  urban centre – Reykjavik. Choosing a Not In The Guidebooks experience in Iceland means you don’t have to choose between a wildlife or an activity-filled break, you can get the best of both worlds with a unique trip.

Not what you were looking for? 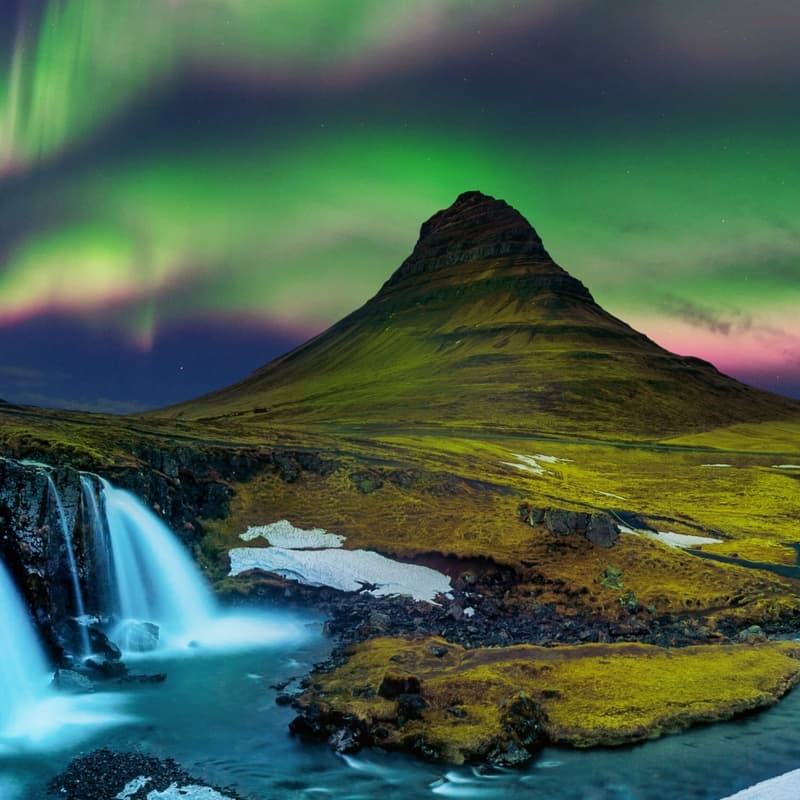 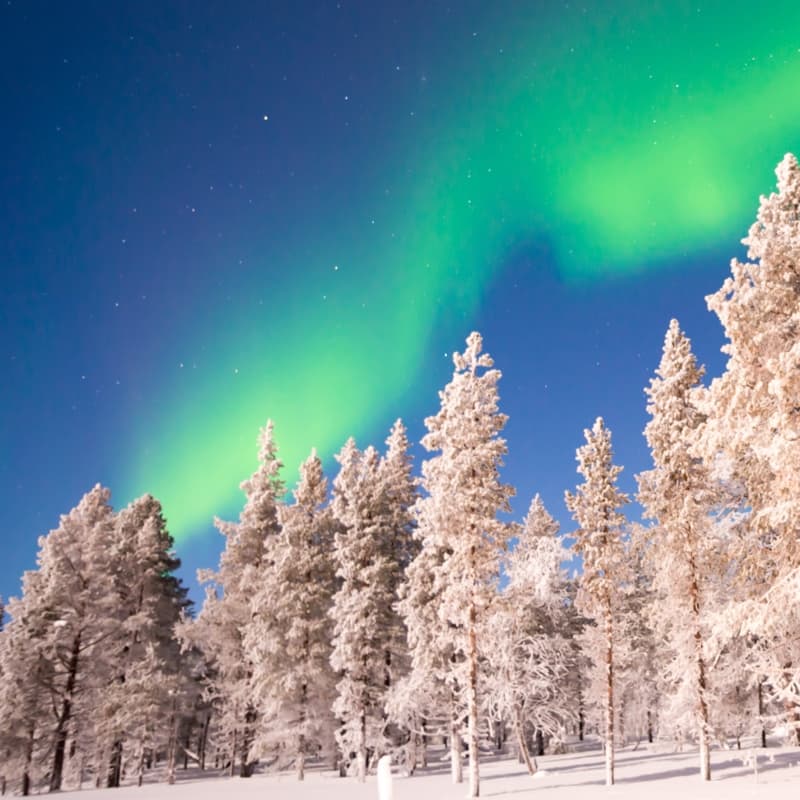 Maybe you're looking elsewhere on your hunt for the Northern Lights, and Lapland is one of the very best destinations on earth.

Northern Lights Finland
We use cookies to ensure that we give you the best experience on our website. If you continue to use this site we will assume that you are happy with it.OkPrivacy policy