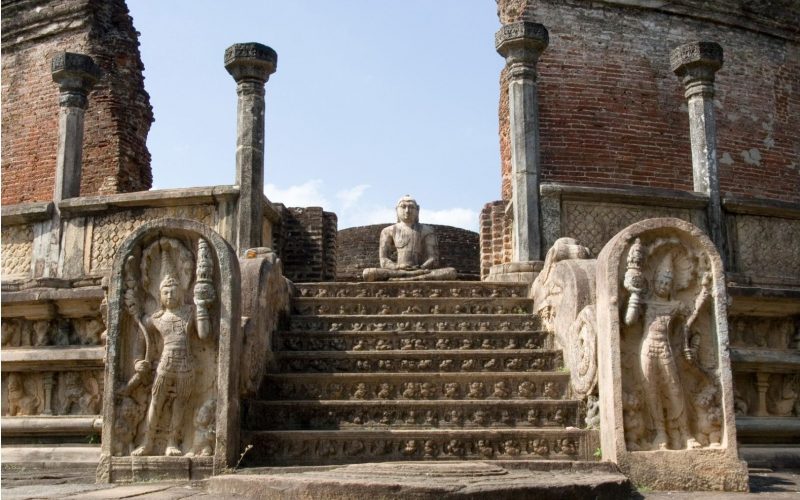 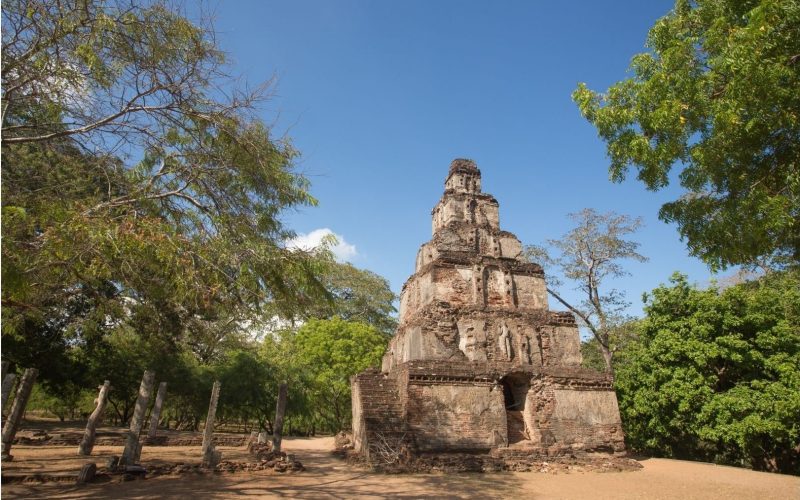 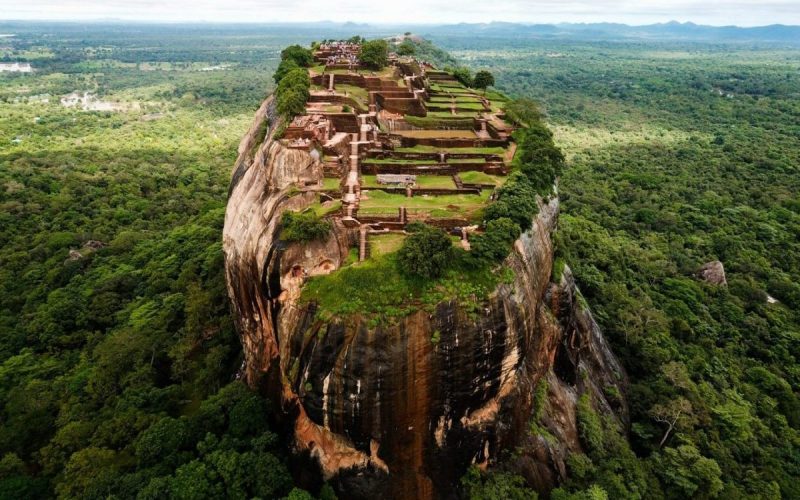 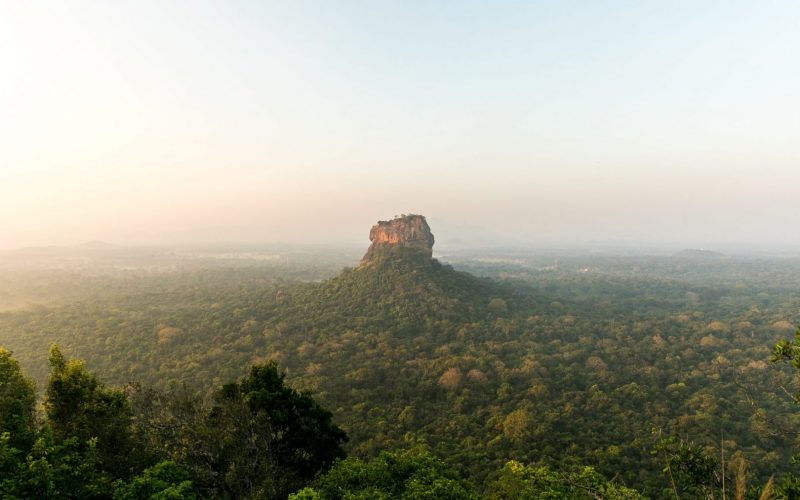 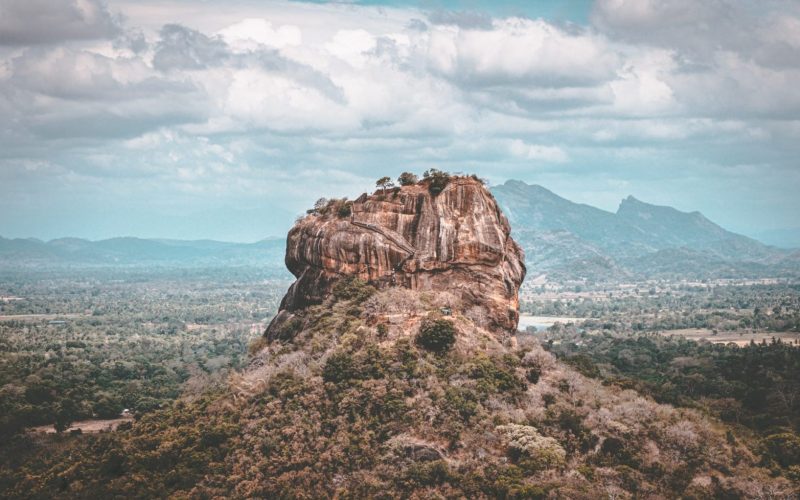 The cultural triangle of Sri Lanka is marked by Anuradhapura, Polonnaruwa and Sigiriya. This tour explores all three locations with a slightly different take. Your accommodation is a beautiful eco lodge nestled in the jungle

The cultural triangle of Sri Lanka is marked by Anuradhapura, Polonnaruwa and Sigiriya. These sites mark the locations of the ancient Sri Lankan capitals as invaders from India pushed the Sri Lankan Kings southwards. Learn about the history from our local guides who grew up in the areas. We base our explorations from Habarana which is located at the center of the triangle.

Visit 2 of the ancient capitals of Sri Lanka

Take in the sacred Bo Tree, planted 2250 years ago

Stay in a tranquil eco-lodge complete with inground pool 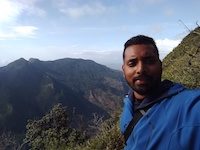 Hi! My name is Prateeque, your host. I grew up in India, in Bangalore and after completing an engineering degree, I decided to not actually follow this path and chose to follow my passion of travel. I quickly got a job as an actual tour guide in the wonderful southern region of Kerala, India, for a few months and ended up staying for 2 years. The capital of Sri Lanka from the 05th Century B.C. to the end of the 10th Century A.D. was the most celebrated of Sri Lanka’s ancient ruined cities. The city’s greatest treasures are its dagobas constructed of bricks. The most notable of these dagobas are the Ruvanveliseya which dates back to the 2nd Century B.C. and is 300 feet in diameter, the Jetawanarama is 370 feet and the Thuparama Dagoba enshrines the collarbone of the Buddha. The city’s most renowned relic is the sacred Bo Tree, which is said to have grown from a branch of the tree under which the Buddha gained Enlightenment. It was planted 2250 years ago and is the oldest historically authenticated tree in the world. 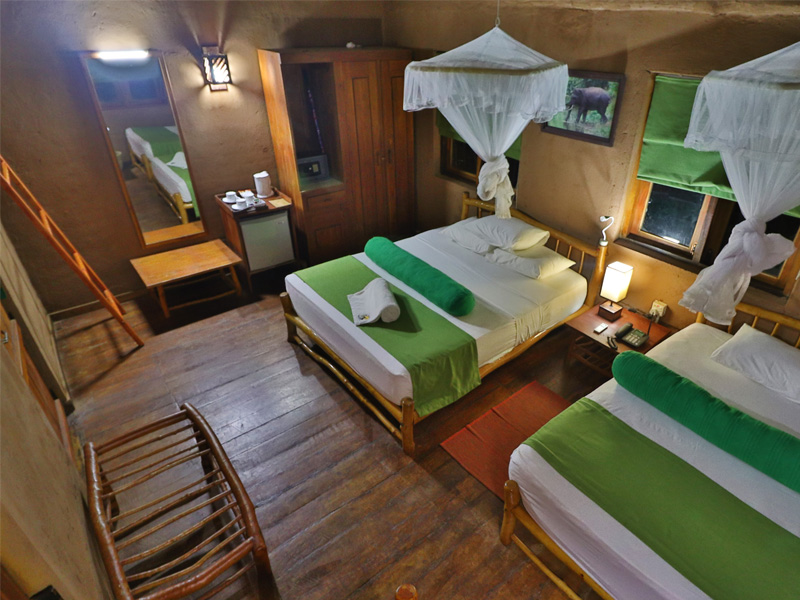 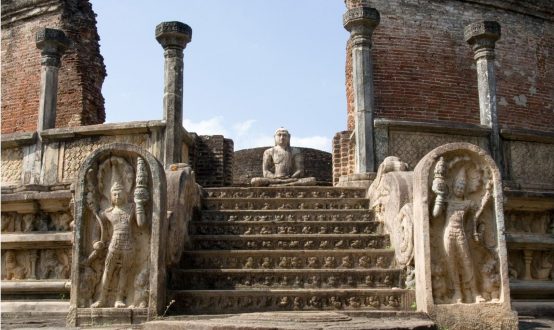 Another “World Heritage Site” was the Capital of Sri Lanka from 11th – 13th Centuries, contains some splendid and spectacular statues. Polonnaruwa – the medieval capital was fortified with inner & outer moats and inner & outer walls. The Parakrama Samudra is on the western side of the city. The Royal Palace, Audience Hall and other buildings in the inner city were enclosed by another tall wall. Explore the ruins on bicycles.
In the afternoon go on a guided walk of the ruins with a local primatologist. Learn about the different Monkey species that make the ruins their homes. 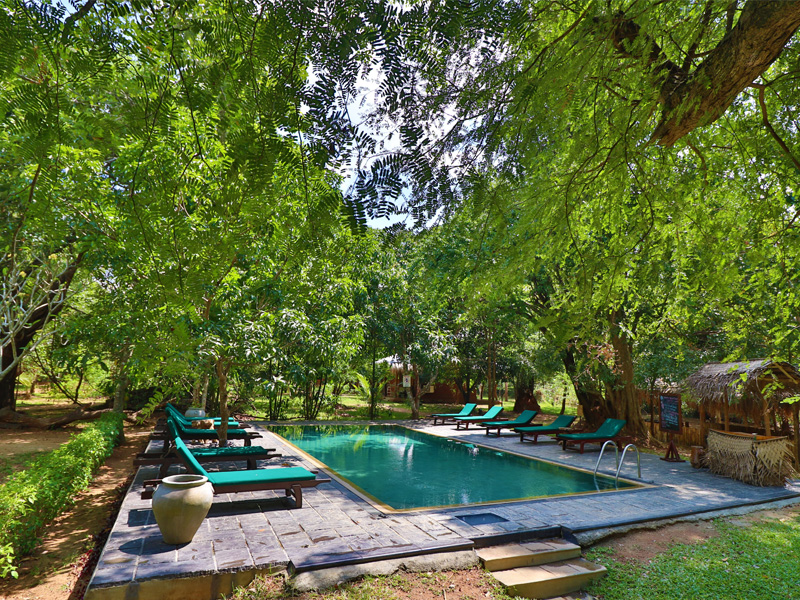 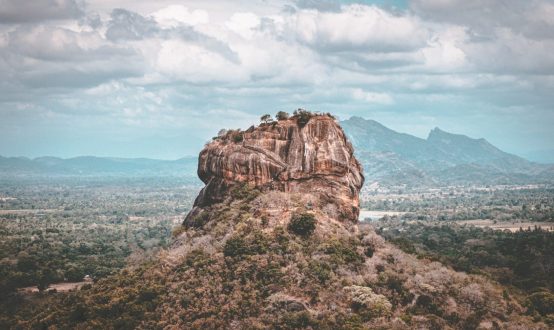 We now head south to Sigiriya and Dambulla. Sigiriya, the 5th Century “Fortress in the Sky” is perhaps the most fantastic single wonder of the Island. It is also known as Lion Rock because of the huge lion that used to stand at the entrance to the Palace on the summit of the 600-foot high rock. On its summit are the foundations of the Royal Palace, Water Tanks to supply water and all other buildings and at the edges the guardhouses. On one of the stairways the only known ancient work of Sinhala secular painting survived in the form of Frescoes of 21 life sized damsels in all the freshness and delicacy of their original colour.
Dambulla – is a vast isolated rock mass 500 feet high and a mile around the base. Here is found the famous Rock Temple dating to the First Century B.C. The caves of Dambulla sheltered King Walagamba during his 14 years of exile from Anuradhapura. When he regained the throne he built the most magnificent of Rock Temples to be found in the Island. 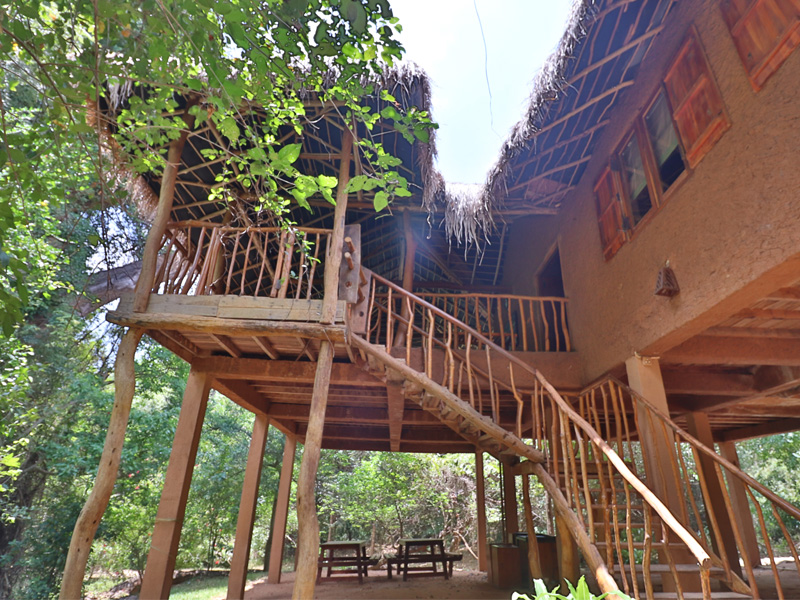