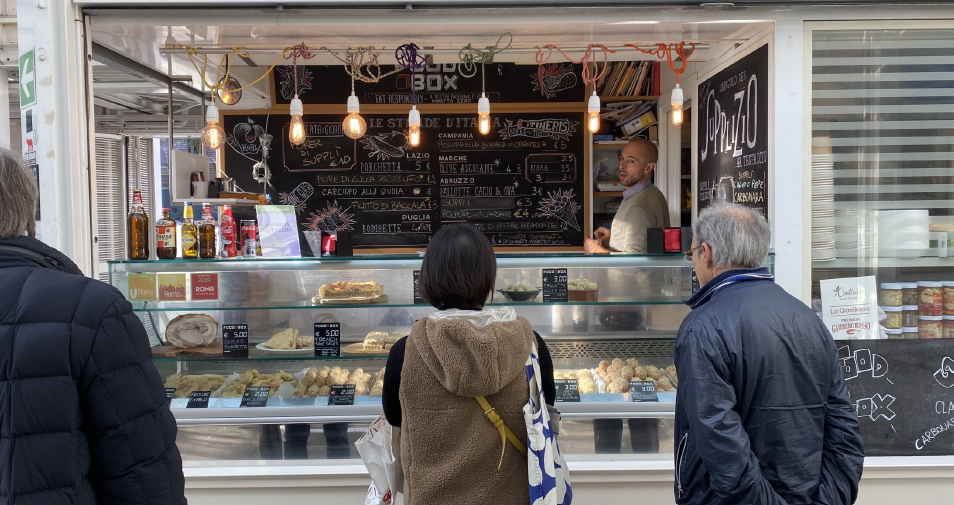 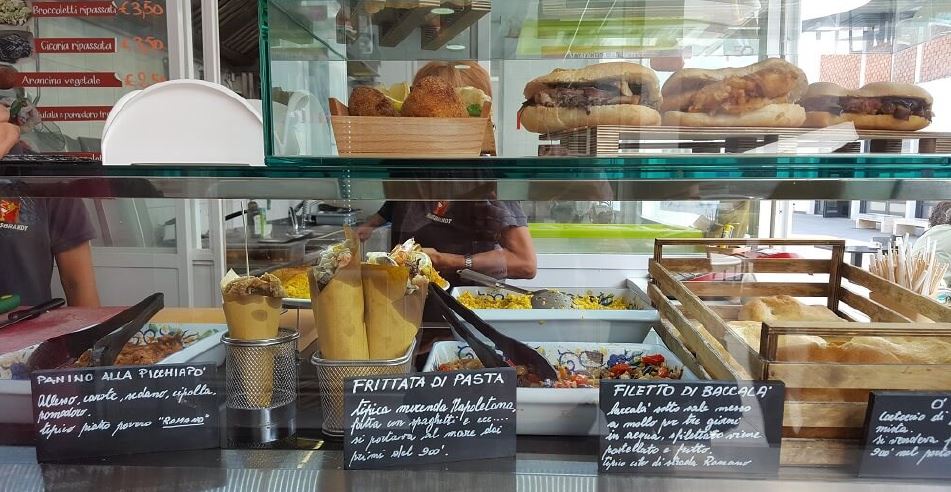 Explore the lesser-visited Testaccio, one of the most atmospheric and ancient districts, and a hub for truly authentic Roman food and culture.

You’ll be met at the most appropriate starting point possible, the Salumeria Volpetti, a shop that’s been selling traditional Roman products since 1973. From there you’ll be led past some bizarre, intriguing sights: the Pyramid of Cestius, the Monte dei Cocci, and you’ll learn what gives Testaccio its character.

Testaccio has a distinctive Roman spirit that hasn’t been affected by the gentrification of the city as a whole. In fact, Testaccio represents exactly how the Romans have combined ancient and contemporary to create that unique feel that makes travellers fall in love with the city.

You’ll be led through these characterful streets until you reach Testaccio market, where the real food tour begins…

Much like the clash of modern and classic you’ll discover in the architecture of the district, you’ll try some great new interpretations of classics such as the bolito sandwich and the pizza bianca, folded into sandwich pockets and crammed with stewed chicken.

The local market in Testaccio is one of Rome’s best: lively, characterful and bubbling with energy. Depending on the season, the market is awash with bright green artichokes, heaped piles of chicoria, and crates of Roman zucchini displaying their delicate flowers.

It’s a great place for people-watching, and, of course, taste incredible fresh food: thin, crispy pizza, arancini from Sicily, or a bruschetta loaded with fresh tomatoes, olive oil and basil.

The must-try is the trapizzino, a cone shape stuffed with succulent fillings of your choice, and an absolute classic streetfood snack of the area. 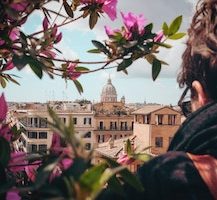 We have over 20 years of experience guiding travellers through Italy, offering unique services to our clients. To show off the wonders of Italy, we offer specially designed guided tours with expert licensed guides. We can also arrange accommodations and transfers. Whether you are on your first or fifth visit to Italy, we are on hand to help make.. Read More

This was great, really enjoyed it

Group of 5 with wide-ranging interest in food from "should have been a chef" to "I'm hungry", on a wonderful evening with Sara who took us from mozzarella to prosciutto to cheese to cod to artichoke to suppli to pasta to coffee to gelato... Sara was knowledgeable and friendly, the walking route was just right to work up an appetite, and the food was amazing. We would definitely sign up for more tours - and maybe the cooking class next!

The Testaccio food tour was one of the best experiences my family had in Rome. Our guide Sara took us first to the Testaccio Market, where they still have the ancient roman market visible underneath, where we went around trying all the Roman classics - pizza, suppli (fried rice balls with meat sauce), different meats and cheeses and wine! Being a massive history buff, I mainly came to Rome for the ancient stuff. But Sara managed to accommodate me by showing us the Pyramid of Cestius and Mount Testaccio (a manmade mountain made from broken roman pottery!) during the tour. In fact this amazing restaurant we ate at, Flavio al Velavevodetto, was dug into this mountain! We all loved this experience and would recommend it to anyone visiting Italy.

You will meet your guide at the Salumeria Volpetti in Testaccio, south of the city centre. Please arrive ten minutes prior to the tour beginning.

Need any help with your booking?Get in touch