As travellers, we have a responsibility to the places that we visit. Taking a look at overtourism alternatives is a great first step to travelling more responsibly, as the very damage overtourism inflicts is caused by us, the travellers.

All too often, responsibility is not taken by tourists, and culturally significant monuments, centres of religion, and people’s homes are left trashed and worse-off for the influx of visitors. 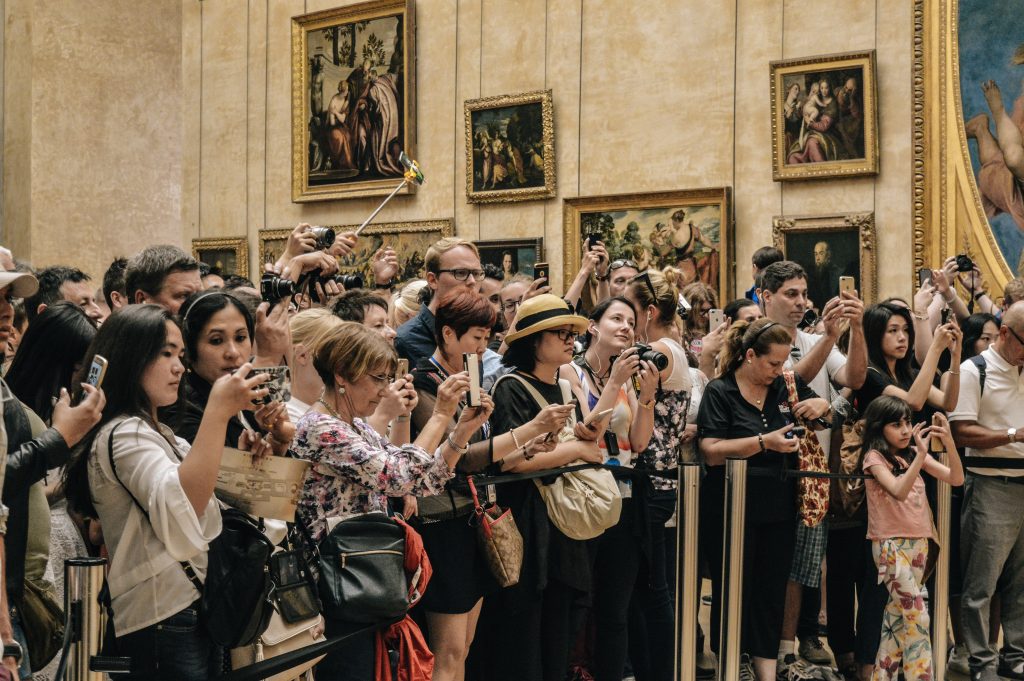 The problem with overtourism is that it essentially turns the positive aspects of tourism into negative ones.

Instead of spending money in the local community by heading to the locally-owned restaurants, the family-run café, or the small, independent shops, tourists pay vast sums of money to large corporations who set them up in their own hotels, take them to sites on their own transport, and feed them at their own resorts.

Very little money finds itself trickling from the traveller to the locals. As well as this, overtourism causes crowding, damage to the environment, and often the very attractions people are paying to see. It can also become detrimental to local culture. If the tourists and the visitors outnumber the locals, businesses will start pandering to foreign tastes and habits, which can cause communities to lose their identities and ways of life. 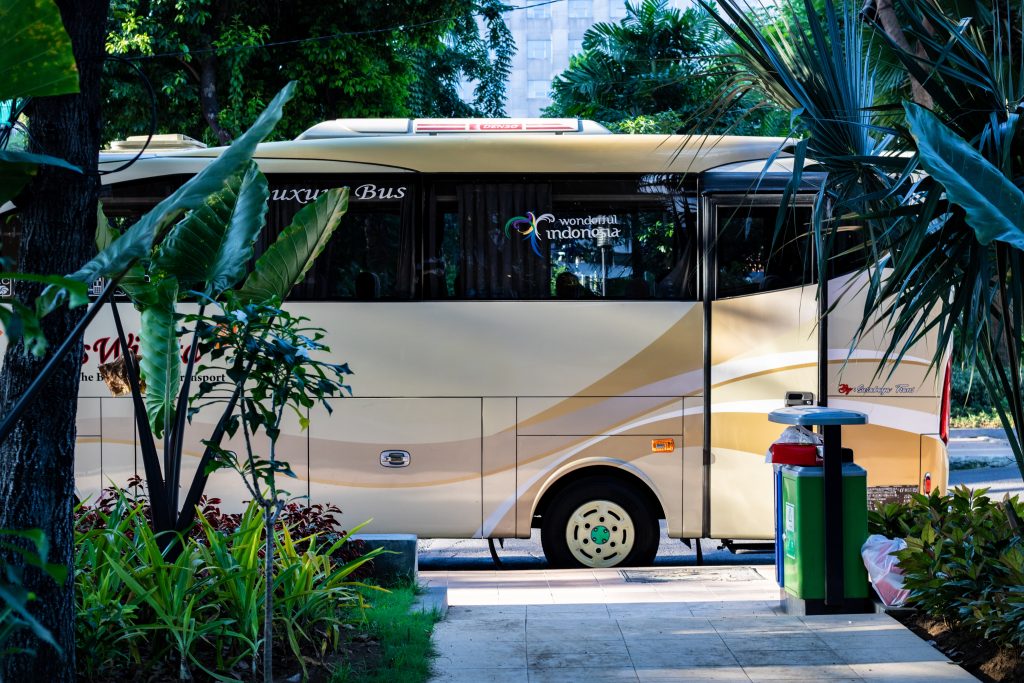 The group sets off from their hotel, and all arrive at once at the temples. They will wander about for a while, take some pictures, then head back to the hotel (or on to the next site) on their bus. During this time, they have spent little to no money with the local tuk-tuk drivers, caused queues of around 40 people.

Then consider 10 or 12 coach-loads of tourists arriving at the same time. The crowding is made unbearable, litter is inevitably dropped, and people are forced by the crowds to walk off designated paths, causing damage to the temples and surrounding landscape.

It is this type of tourism that here, at Not In The Guidebooks, we encourage you to avoid. That’s why we are going to present to you some examples of places and attractions that have fallen victim to overtourism, and give you some overtourism alternatives that will help you escape the maddening crowd.

Sites Suffering and Their Overtourism Alternatives

In this section of the article, we will present you with some places you will definitely know, and suggest overtourism alternatives that will both protect these under-threat locations, and get you off the beaten track for a more authentic, local experience. 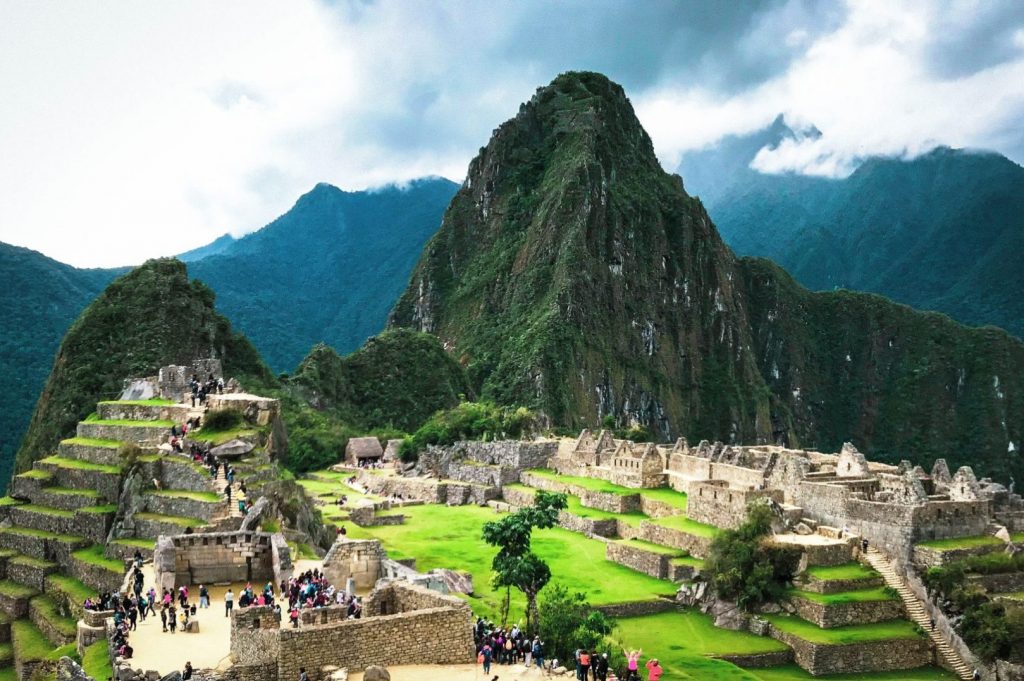 There’s no doubt that whilst Machu Picchu is one of the most compelling historical sites on earth, it is also rife with overtourism. From just over 77,000 annual visitors in 1991, that number has increased to almost 1.6 million in 2018.

And when you consider that the ancient citadel covers an area of just 0.38 square miles, that’s a lot of people to squeeze into one space. Overtourism has resulted in erosion of the paths around the complex, of the ancient city itself, as well as the general pollution caused by hundreds of buses per week driving up the mountain to the site, the daily battle with litter, and the constant crush of people.

And the damage extends away from Mach Picchu itself. The town that services the site, Agua Calientes, has a permanent population of just under 5000, and is constantly stretched having to house, feed and accommodate hordes of travellers and tourists, with local resources constantly being put under strain.

Whilst the Peruvian government has put a limit on the number of daily visitors, and made the area into a no-fly zone after rejecting the plan of helicopter fly-bys for tourists, the area is still under strain of overtourism. By visiting the lesser-known, more off the beaten track sites, you can help support other communities that don’t get the same income from the millions of tourists that visit Peru. 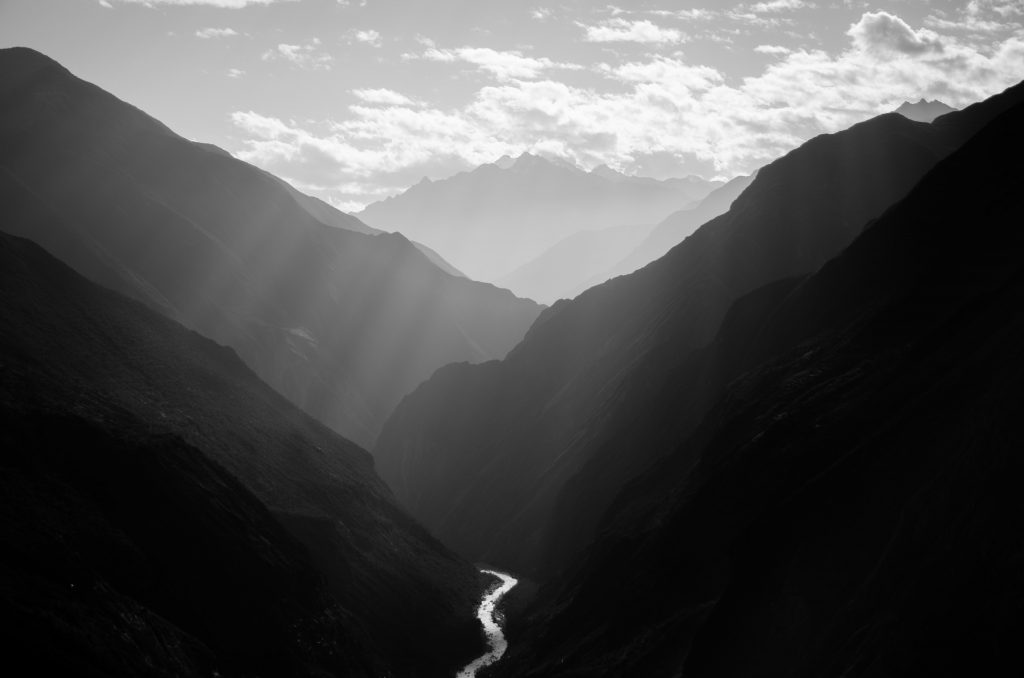 Far more remote, just as beautiful, and with a fraction of the visitors of its ‘big sister’, Choquequirao is a spectacular set of Inca ruins, much of which is still uncleared and inaccessible.

It’s a lot more difficult to reach, requiring a two day hike in either direction, but this isolation is what has so far protected the area from overtourism, making it a great alternative to Machu Picchu. And when you consider that many people choose to walk part of the Inca Trail or the Salkantay Trek to reach Machu Picchu, it isn’t actually much more of an effort to reach. An incredible site that we mentioned earlier, Angkor Wat is another of the world’s most iconic tourist attractions that is under threat from mass tourism. Physical erosion of monuments thanks to an increase from 7650 visitors in 1993 to almost 3 million in 2010 is just one of the negative impacts at the world’s largest religious monument caused by overtourism.

Throw in overcrowding and littering, the fact that some temples are actually sinking into the ground due to hospitality companies draining underground reservoirs, and the fact that Siem Reap, the local city that serves as the base for Angkor Wat, is also feeling the strain of so many visitors, and you have a perfect storm that is causing irreversible damage to a highly culturally significant monument.

While you can go to see Angkor Wat in a more responsible fashion, by staying in carefully selected locally run accommodation in Siem Reap, hiring a local tuk-tuk driver to take you there, and by sticking to the appropriate trails in the complex and ensuring you leave nothing behind, you’re still likely to find large crowds and queues which detract a little from the ‘lost temple experience’. 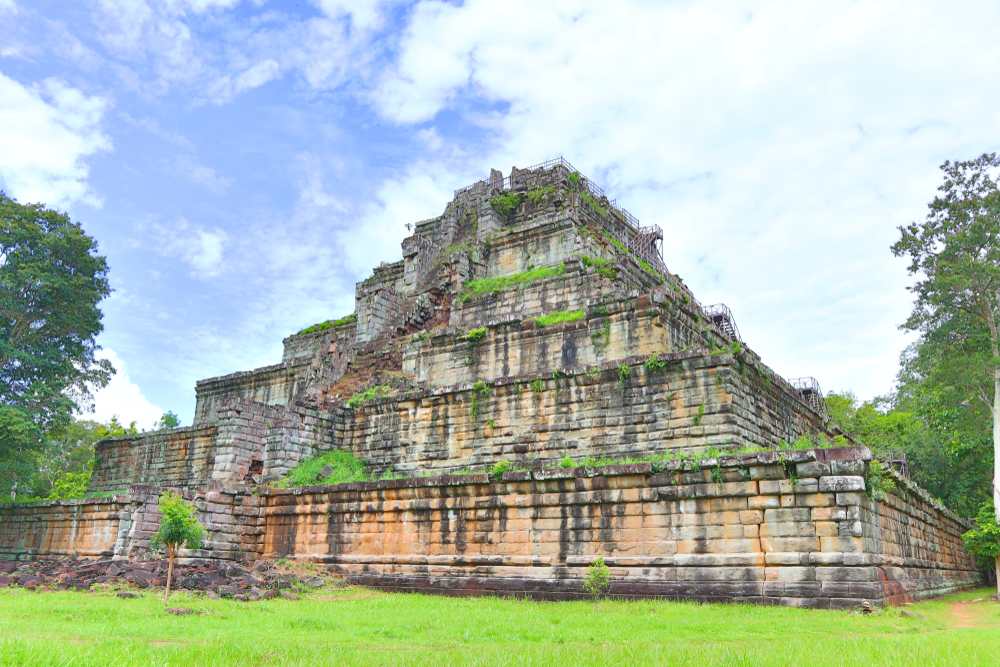 As an overtourism alternative it is the ideal spot to visit, as travellers are rewarded with a site that has been fully reclaimed by the jungle and offers a real Indiana Jones experience. You could combine a trip to these ancient pyramids and towers, covered in creeping vines and beautiful carvings, by staying in a jungle lodge far off the beaten track.

Whilst not as large as Angkor Wat, Koh Ker feels more authentic, almost more magical, as you don’t have to battle with busloads of tourists for a decent view of dodge taxis and tuk-tuks in the car parks.  You can focus on wandering the stunning ruins, listening to the sounds of the jungle and transporting yourself back in time to a land of myths and legends. 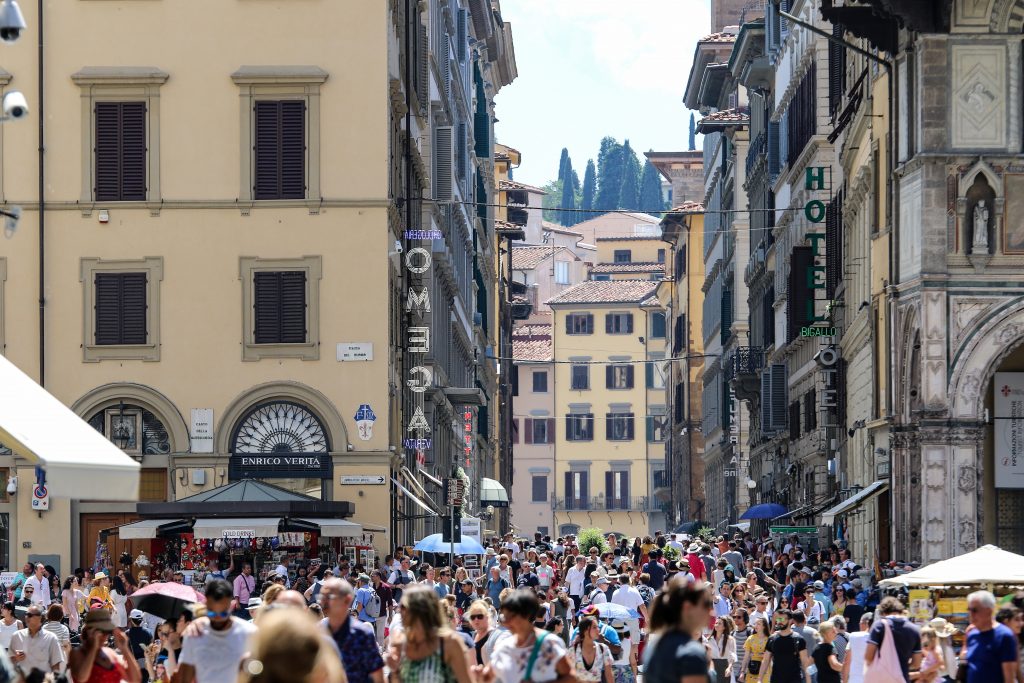 There’s no denying that Florence is one of the most beautiful cities in the world, and one of richest in terms of culture, cuisine, and history. It boasts some of the finest art galleries on earth, incredible restaurants, gelaterias, cafes and wine bars, and seriously beautiful cathedrals, bridges, and city streets.

It’s little wonder then, that the city can fall foul of overtourism, particularly in high season. With a population of just 382,258, the city welcomes over a whopping 10 million tourists per year. It doesn’t take a huge stretch of the imagination to consider the strain this puts on the local infrastructure.

Combined with a major litter problem, a lack of respect (being quiet and covered in churches and cathedrals) for the local customs, and endless crowds in the summer months, Florence has become an unfortunate beacon of overtourism in Tuscany.

The issues have led officials to act. In 2018 a fine of €500 for eating outdoors was introduced to tackle littering, and just this summer the world famous Uffizi Gallery has decided to exhibit many of its works around the Tuscany region, taking art-loving tourists to other parts of the region on a sort of ‘magical mystery tour’.

Despite this, it is still worth looking at the overtourism alternatives in the area, including some of the other magnificent cities, towns and villages that can be found just a little further off the beaten track. 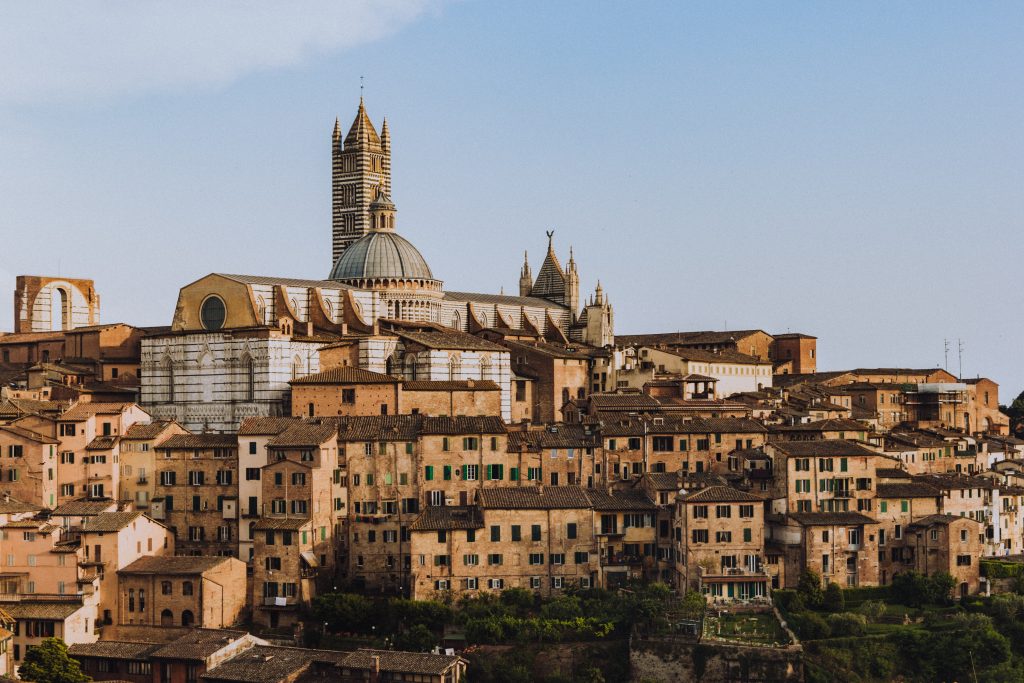 With incredible architecture, shady narrow streets that fill with noise and colour every year when the world-renowned Palio arrives (although there is debate over whether the event should be cancelled), and food and wine just as outstanding as Florence’s, it’s one of the most essential destinations in Tuscany.

Each district has its own unique character and community, and as you wander the medieval streets the sights and smells of Siena are only ever moments from luring you into the next pasticcerie, which will inevitably lie just around the corner.

Interestingly, Santorini is a Greek island that has become a victim of its own success at attracting visitors, particularly thanks to the introduction of Instagram culture.

A stunning location, all blue-domed churches, magnificent sweeping views of the Mediterranean and precariously built clifftop villages, images of Santorini have gone viral to the point that 10% of all tourists that visit Greece also visit Santorini.

And whilst this has turned Santorini into one of Greece’s rare financial success stories, there are now concerns that the number of tourists on the island is causing more harm than good. Uncontrolled construction expansion to accommodate the millions of annual tourists is covering what was once a quaint island dotted with villages, and the influx of people on cruises has left the island unable to deal with the sheer amount of waste produced by such large numbers.

Locals have also had to deal with visitors taking selfies year-round in front of their homes or places of worship, causing tension between residents and tourists. 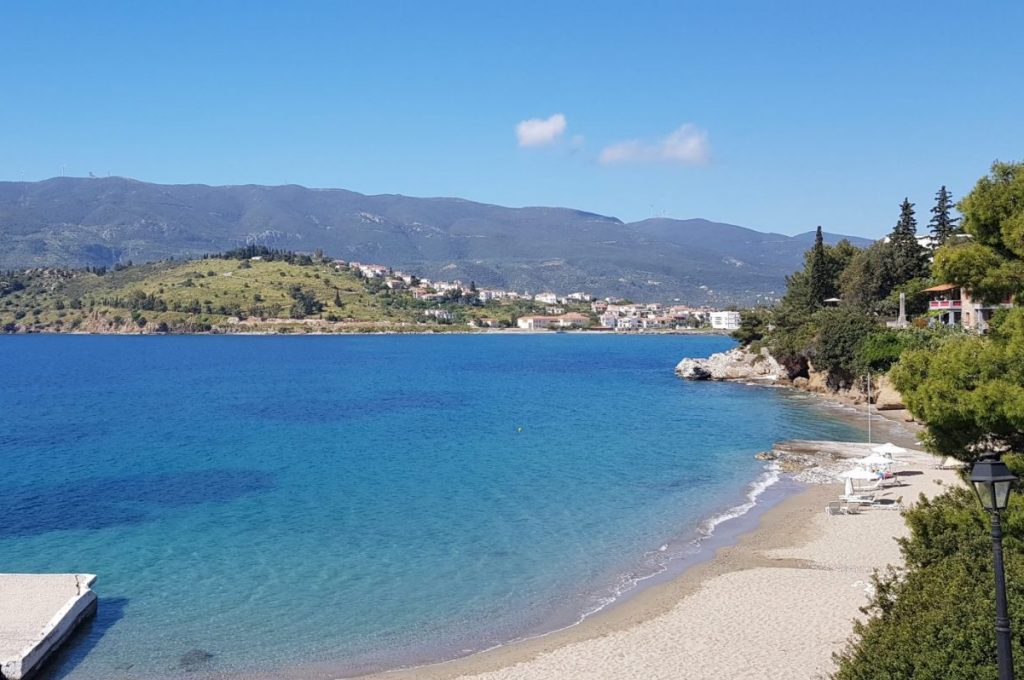 Poros is made up of two main landmasses, connected by a tiny isthmus. Sferia is a tiny island mostly covered by the town of Poros, whilst the much larger Kalavria represents one of the best opportunities to get off the beaten track in Greece and away from the crowds.

The interior of the island is mostly forested, making it seem rugged and remote, with plenty of space for hiking, discovering secret beaches and exploring ancient ruins. Boasting all the magical cuisine, beautiful hilltop towns and friendly locals that Santorini does, there is no doubt that Poros offers one of the best overtourism alternatives that allows you to get off the beaten track in Greece, but also provides the very best of the Greek island experience.

Here at Not In The Guidebooks, we believe that travel done right can bring huge benefits to both local and traveller alike. By discovering offbeat destinations and overtourism alternatives not yet reaping the rewards of tourism and avoiding the locations that are becoming overrun, we are trying to address the balance of tourism and bring benefits to all. A greater, more authentic experience for the traveller, less strain on the locals suffering from overtourism, and financial gain and protection for our local hosts.

That being said, we do believe that for overtourism to change, we can’t simply ignore the issue. That’s why we do offer tours and experiences in popular tourist destinations, but we work hard to ensure that tourist’s money, your money, goes to the local community. We only run small group tours that limit damage to the environment, and we promote local, authentic experiences that protect the residents’ way of life, because we believe that if this form of travel can become the norm, then everyone can enjoy the benefits of an open, connected world. 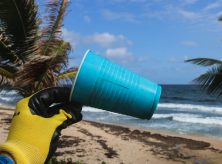 How to Reduce Plastic Use on Holiday 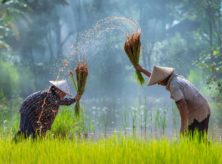 The Not in the Guidebooks Vision

What is Ecotourism and Why is it So Important?