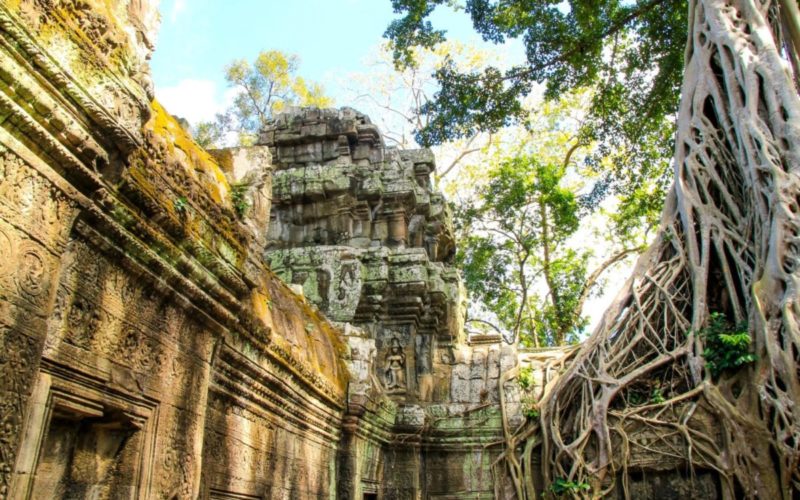 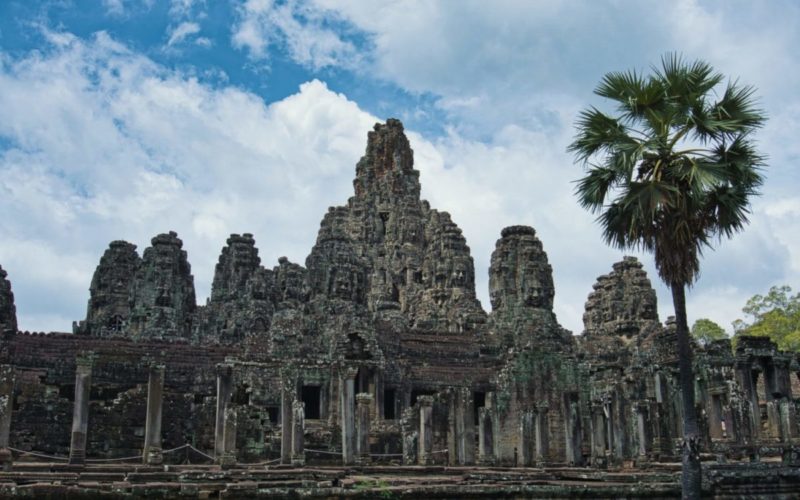 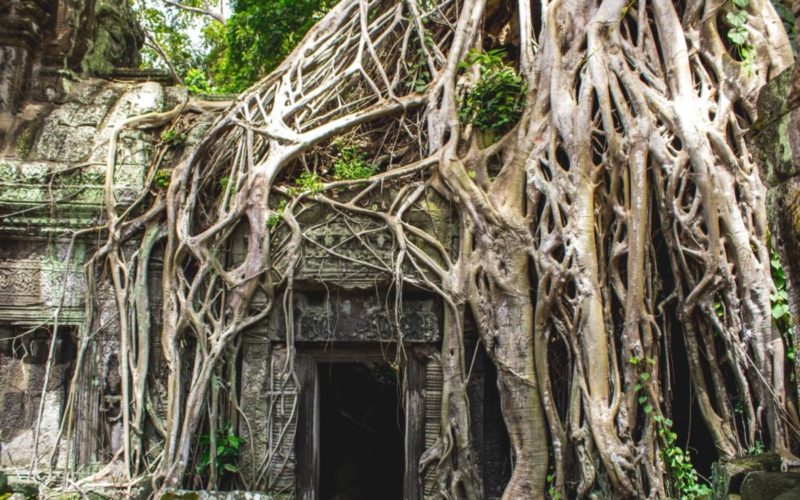 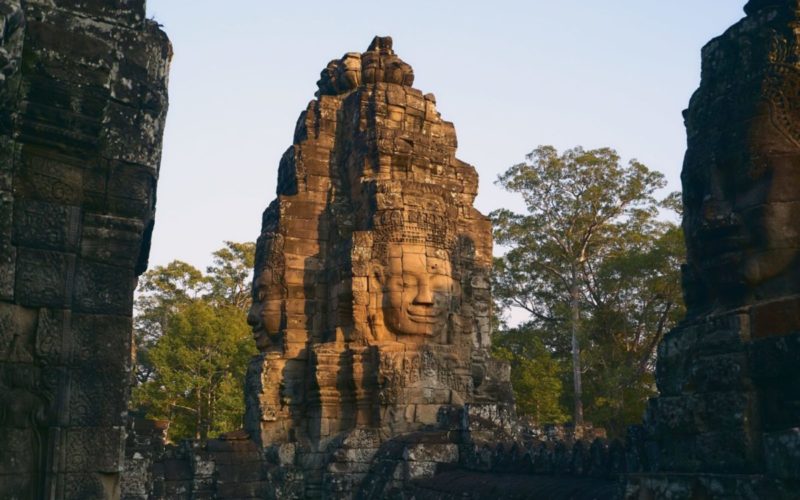 See one of the most famous sunrises in the world, as the mysterious towers of Angkor Wat are silhouetted against the soft, purple sky, then unleash your inner Indiana Jones as you explore lost temples at the largest religious site in the world.

The tour begins early to catch the sunrise, departing from your accommodation at around 4:30 am, so make sure you have an early night in preparation!

After a tuk-tuk ride through the dark Cambodian countryside, we’ll arrive at the mystical Srah Sarong or ‘King’s Bath’ at around 6:00 am. This is just in time to catch the sunrise over the water and temples, and is one of the most spectacular sights you’ll ever see, as the blacked-out, silhouetted towers and softly lit sky are reflected in the glassy water.

After sunrise, we’ll head straight for Tha Phrom, beating the crowds and being some of the first to reach this atmospheric jungle temple. Arriving early morning at Tha Phrom is a wonderful experience, as you explore the tumbling stones and twisting branches with only the sounds of the jungle accompanying you.

The Angkor Archaeological Park is a jaw-dropping complex of incredibly striking art and hugely impressive architecture, and is one of the most important archeological sites in the world.

400km2 of forest and jungle, the park consists of the incredible remains of the different capitals of the Khmer Empire, from the 9th to the 15th century. It would be easy to spend weeks picking through the remains and exploring different parts, but thanks to our local knowledge, we’ll show you the highlights.

You’ll visit the South Gate of Angkor Thom, where you can take the option to walk for 1km along the wall, away from the crowds and through the jungle, to a hidden temple to enjoy your packed breakfast.

Then, it’s on to Bayon, Baphoun and the Terrace of Elephants and the Leper King. After taking in a number of magnificent temples, you’ll have a well-earned break. Find somewhere for a local lunch and some cold drinks, and even an optional siesta, to ready yourself for the jewel in the crown of the park.

The late afternoon is put aside for a visit to the main temple, Angkor Wat. Angkor Wat is one of mankind’s greatest achievements, and the intricate carvings at the temple of Angkor Wat demonstrate the skill of the Khmer builders. It had constructed in the jungle in the early 12th century, then – two centuries later – was mysteriously abandoned by the Khmer civilization.

Angkor Wat is Cambodia’s main drawer for tourism, and it’s easy to see why. Spend some time exploring the incomprehensibly beautiful structures, the lofty walkways, shady chambers and beautiful carvings.

The day ends with an unforgettable sunset on the quiet eastern side of Angkor, and then you’ll jump back in the tuk-tuk to arrive back in Siem Reap that evening.

Alternatively, catch the sunset tour at 2:30pm – please let us know when booking. 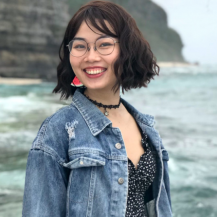 Quynh Anh (QA) graduated in tourism from Hanoi university and is super passionate about travel. She has exceptional people and communication skills and always finds a way to create the best holiday experience for her customers. QA is a very experienced tourism professional and knows all the hidden gems in Vietnam. She is based in Hanoi but spends a large part of her time in the local communities in North Vietnam developing IMPACT projects in the local communities. QA’s colleagues and customers all value her kindness and friendship. Much to many people's surprise, she is actually a passionate and vibrant soul dressed in a gentle and elegant look! She will ensure you have the best time in her home country.

You will meet your guide at 4:15-4:30 am at your hotel in Siem Reap. Please inform us (support@nitgb.com) of your accommodation before the trip.

Alternatively, catch the sunset tour with a 2:15-2:30pm pick up. Let is know your preference upon booking.
You will be collected and dropped off by your guide at your hotel in Siem Reap. Please inform us (support@nitgb.com) of your accommodation address before the trip.