Yoga holidays in The Times – twice!

We’re feeling popular as we’ve been featured in The Times twice! Find the snippets below…

GoLearnTo is number one in The Times’ cool camping guide to Europe: 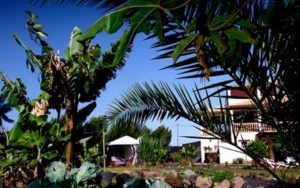 We pick the cream of Europe’s treehouses, yurts and tepees for a summer of glamorous camping
Spain
1. Best for yoga
Villa Azul, Fuerteventura
Pick up a range of relaxation skills, including hatha, power and vinyasa yoga, at this school in Fuerteventura. There’s a choice of accommodation in either cabins, apartments and rooms, plus the chance to stay in one of two “Sahara” tents, one with a double bed, the other with a single. There is a Moroccan-themed common area between the two tents as well as direct access to the school’s main villa. The site has a swimming pool and all meals are made from vegetables picked from the communal garden.
Details: Eight nights’ half-board is from £483pp, (0845 625 0445,GoLearnTo.com) 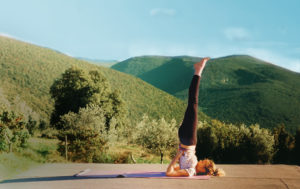 Think of a budget, think of a place, think of a time and the number of people travelling — and find your holiday here

Europe for under £600
34. Yoga in Italy
Combine active days with some serious relaxation in the village of Casperia, an hour north of Rome. Stay in traditionally furnished medieval houses that have panoramic views from their terraces and there are daily 90-minute yoga classes, two two-hour cycling sessions and excursions including a guided walk in the Sabina mountains. You also get use of the bike for the week and there is a range of spa treatments to choose from.
Details: Six nights’ B&B is from £513pp. Flights to Rome can be arranged from £60 return (020 8144 5990, GoLearnTo.com).

You can now book this holiday for even cheaper here.

You can read the full article from The Sunday Times here.