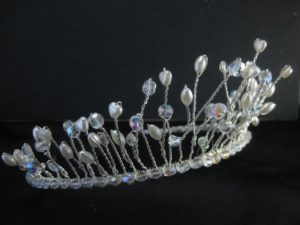 Three years ago, the world watched as Kate and William tied the knot in Westminster Abbey.

Over 24 million people in the UK tuned in as Kate walked down the aisle in her dress created by Alexander McQueen’s Sarah Burton: the designs for which were one of the Palace’s closest guarded secrets of the decade.

Kate’s“something blue” was a hint of blue ribbon sewn inside her gown, while her “something new” was a pair of custom-made earrings given to her by her parents and inspired by the new Middleton family crest.

It was her “something borrowed”, however, that was the pièce de résistance: the Queen’s simple (yet priceless) 1936 Cartier halo tiara, purchased by King George VI for the Queen Mother.

You’d think a tiara was a pretty staple accessory for a princess but, unlike Diana who wore the Spencer family headpiece, the Middletons don’t have a traditional tiara of their own. Instead, the Duchess is likely to borrow her headwear from the Queen until Prince William ascends to the throne.

You, however, don’t need to wait to have your own.

Instead, you can design your own piece of regal headwear on Not in the Guide book’s Glass jewellery making course in Gascony, France, which offers you the chance to fashion glittering headpieces every bit as unique as Queen Liz’s. 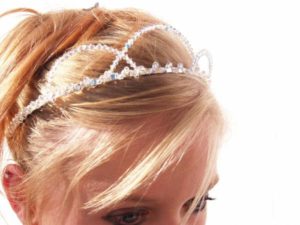 Kate waited years for her big day in Westminster Abbey. It was reportedly her school girl dream to become a princess and she fell for Wills as a teenager. Long before the tabloids dubbed her “waity Katie”, her school friends supposedly nicknamed her “princess in waiting”.

While Kate spent decades pining after a prince, you needn’t
waste your time, because this course can make you a princess in a weekend. As Kate and Wills celebrate their third wedding anniversary, book yourself onto your own fairytale in Rodez, and get ahead of the Duchess by kickstarting your own dazzling collection of glittering headwear.