Researchers found the typical ‘nifty fifty’ is more sociable, happy and active than someone in their mid to late 20s. The over-50s are setting the pace well ahead of their younger counterparts. Being 50 is definitely the new 25.  The study examined the lifestyle of 4,000 Brits nationwide aged between 18 and 75 on their level of happiness and different aspects of their life.  And it found that those aged over 50 ranked their contentment 7.6 out of 10 and came out top on everything, while those half their age rated themselves 6.5. 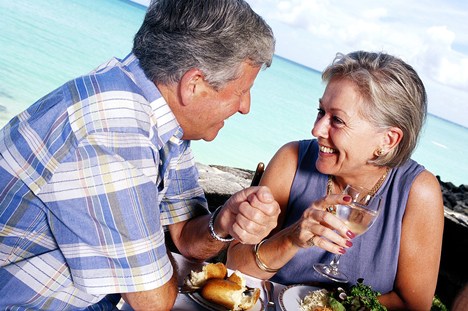 But these figures are in stark contrast to those in their 20s who only manage two meals out a month, one holiday abroad a year and enjoy two glasses of wine a week. (Not sure how much I believe the 2 glasses of wine per week but hey…)

It’s official, those over 50 are happier and living life to the full and we’ve certainly seen that at GoLearnTo.com. Our courses are open to all ages but its definitely the over 50’s who are more adventurous with cookery holidays, painting holidays, yoga and Pilates, language holidays and even learning to ride like a Jackaroo or Jillaroo the most popular holidays for over 50’s.

On the other hand, the 25 year olds often worry about safety, who else they will meet on a course and how to get there whereas the nifty 50’s just get out there and do it.

To get more from life, take a look at www.GoLearnTo.com and see what you can do on your next holiday….