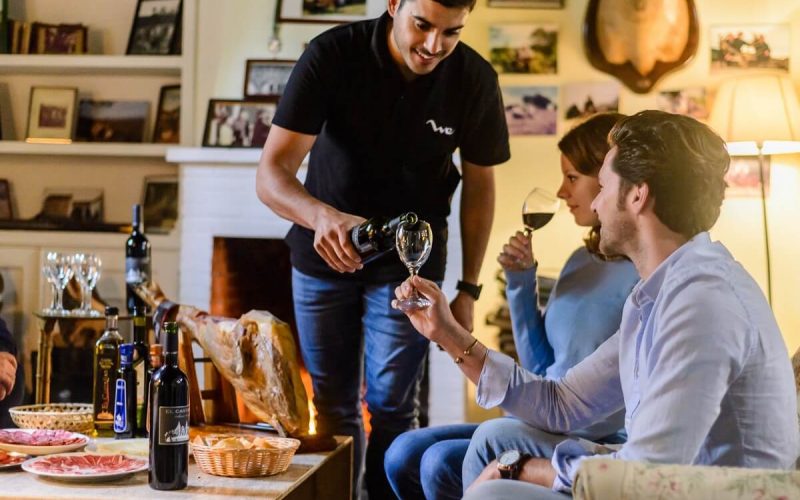 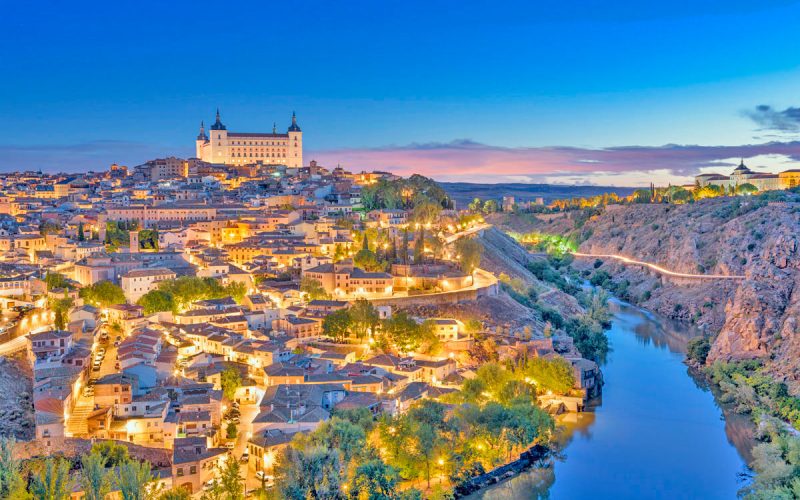 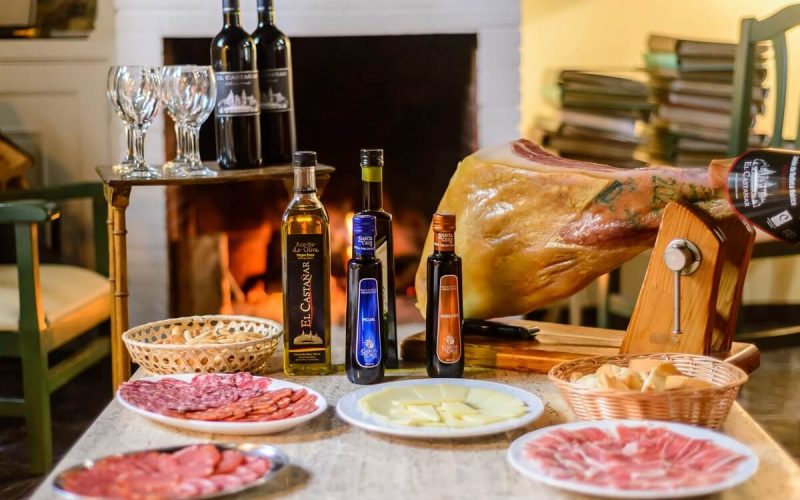 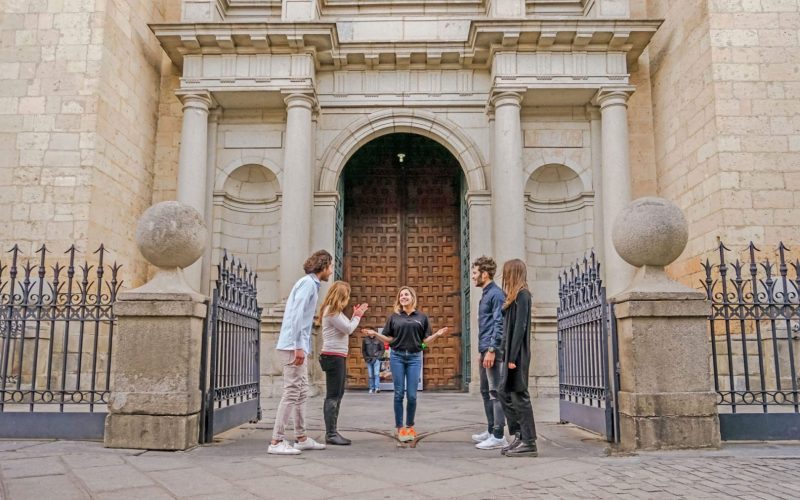 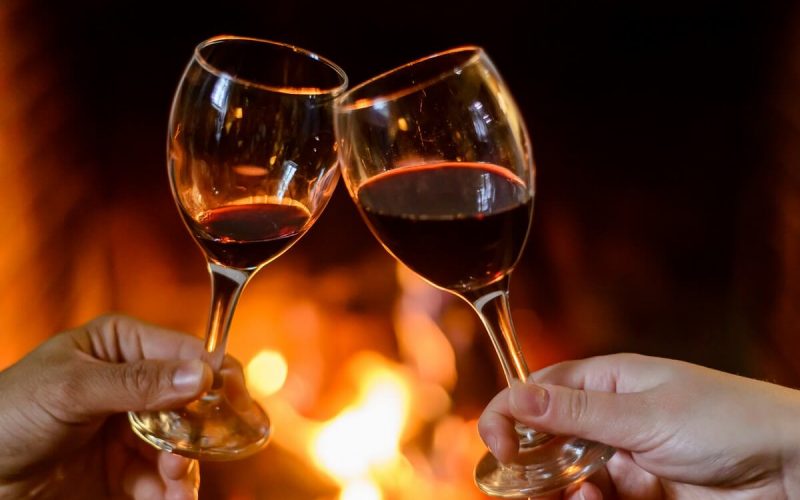 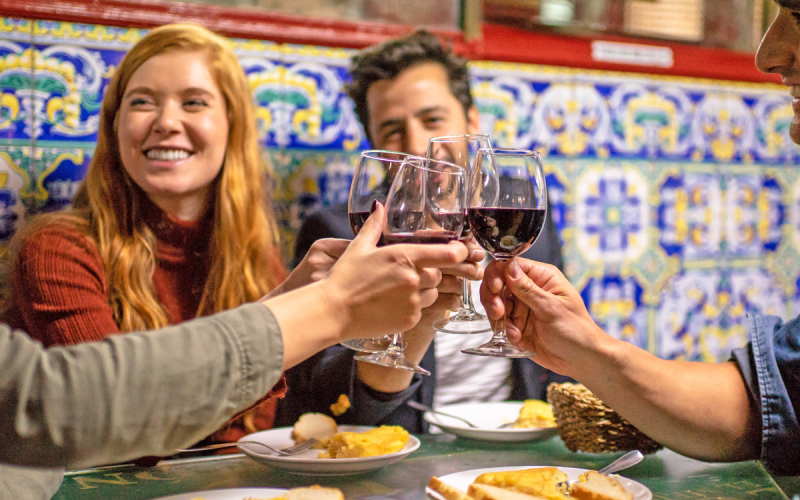 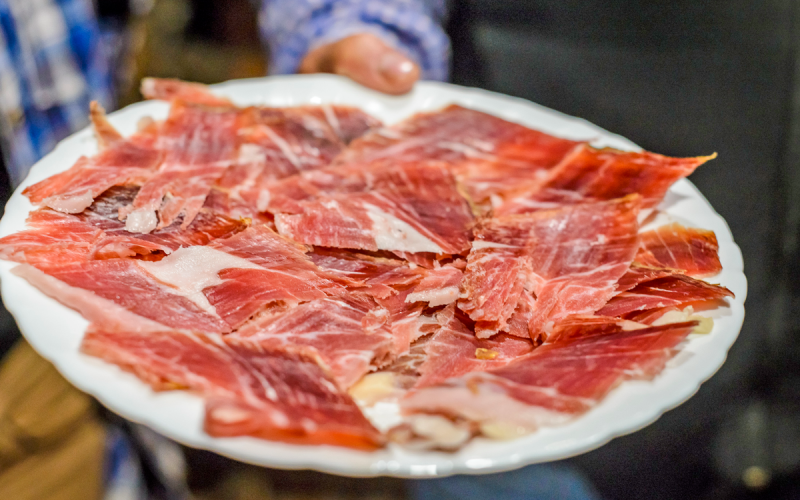 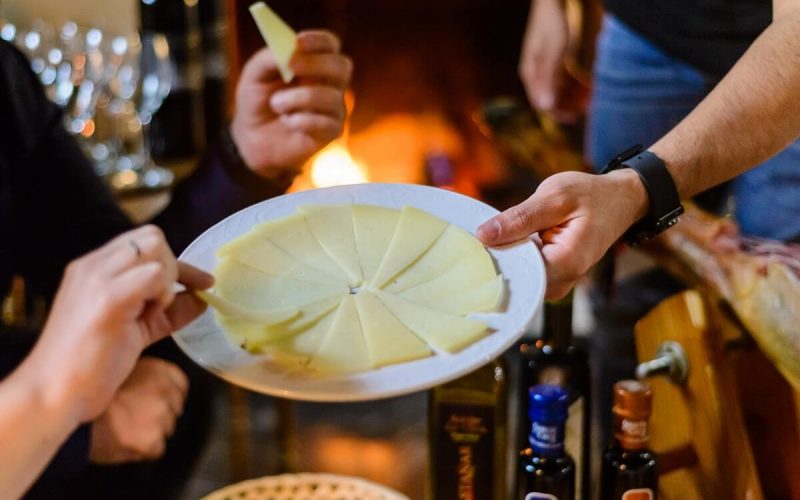 Discover the heart of Toledo, visit the Jewish Quarter and see the Gothic Cathedral whilst enjoying a guided tour of this beautiful city, tasting traditional tapas & wines in the local bars of Toledo. Explore the beautiful city of Toledo at dusk, and its streets without crowds.

You will leave from Madrid towards the beautiful city of Toledo, declared a World Heritage by UNESCO. Toledo is one of the oldest cities in Europe with buildings that mix architectural styles including Arabic, Gothic, Mudejar, Renaissance and Baroque. Toledo is called the “city of the three cultures” since Christians, Muslims and Jews lived together here. The great painter El Greco lived in Toledo in the sixteenth century.

Immerse yourself with our official expert guide and enter the heart of Toledo, visit the Jewish Quarter and the area of the convents, with stories and legends that trace us back to the centuries before the Muslim conquest. You will visit the most beautiful places of the city, its history, its corners and anecdotes, and its main monuments such as the Cathedral of Toledo, its architecture is a wonderful example of the Spanish Gothic style.

During the tour we will make a stop to taste the most admired products from La Mancha. Taste the typical Iberian Ham, Cheese & Carcamusas, the Spanish Omelette and Traditional Mazapanes. Enjoy the city in a unique atmosphere, without crowds, with locals walking through its streets and tasting the local cuisine in its best taverns. Throughout this tour, you will discover three fundamental periods for the History of Toledo: the imperial, the convent and the nineteenth.

This tour starts at 6pm.

Discover Toledo, a medieval city and a World Heritage Site by UNESCO, at the hands of our official guide

Explore Toledo away from the crowds 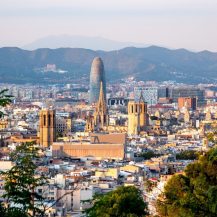 When it comes to travel and favourite places, our philosophy is 'it’s not about the place, it’s about the experience'. Our team in Barcelona, Madrid and Lisbon aim to create, innovate and change the way we experience the world that we live in. We believe we can make history by creating something totally new. We don’t just offer routes, guides and visits, we offer experiences. We are passionate about travelling and getting to know new cultures. We share this passion with the locals of Barcelona, Madrid Lisbon and, above all, with you. Our aim is to inspire you and to enrich your life, as a traveller and as a person, by offering you unique and memorable experiences. We want to inspire and contribute to sustainable and responsible development protecting and emphasising the environmental and social heritage of our cities.

Toledo is an ancient city set on a hill above the plains of Castilla-La Mancha in central Spain. The capital of the region, it’s known for the medieval Arab, Jewish and Christian monuments in its walled old city. It was also the former home of Mannerist painter El Greco. The Moorish Bisagra Gate and the Sol Gate, in Mudéjar style, open into the old quarter, where the Plaza de Zocodover is a lively meeting place