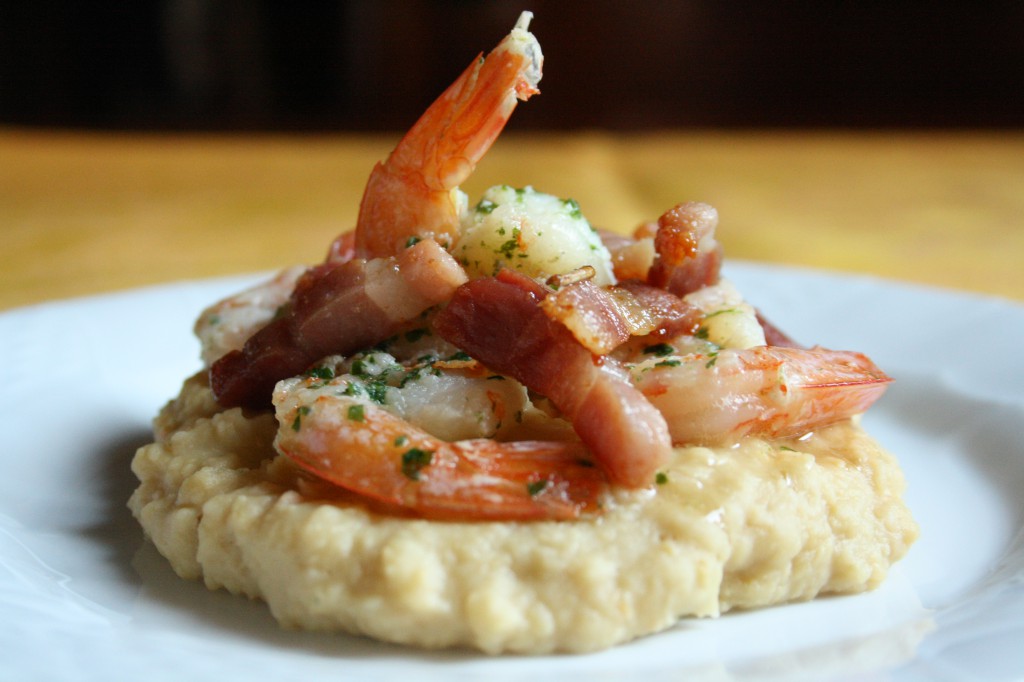 A delicious recipe from our chef Antonella in Veneto, Italy. Learn how to cook more traditional Italian recipes on an Italian cooking holiday.

Prepare the mazzancolle by peeling off the shell and removing the vein, leaving the head intact. Sauté the chick peas in olive oil and rosemary and after 5 minutes use a mini mixer to blend them in to a puree, adding a knob of butter to make the mixture a touch creamier. Wrap every single “mazzancolla” with a strip of lard, then sauté in a non-stick pan for 3 minutes.
On a large plate, place a generous amount of the chick pea puree and then place 2 mazzancolle, garnishing with a little rosemary twig.