Home » Products » In the Footsteps of John Paul II

In the Footsteps of John Paul II

In the Footsteps of John Paul II

Walk in the footsteps of the longest-serving Pope in modern history on this fascinating and intimate tour of places relevant to this remarkable figure. Gain insights into his life and work you wouldn't learn with anyone else.

Walk in the footsteps of the longest-serving Pope in modern history on this fascinating and intimate tour of places relevant to this remarkable figure. Gain insights into his life and work you wouldn't learn with anyone else.

We start this tour with an 8:35 meet in Kraków city centre, and take the bus to Łagiewniki, where your local guide will show you to some of the key sites in John Paul II’s life such as the Divine Mercy Sanctuary, the “Have No Fear!” Pope John Paul II Centre, essentially a museum dedicated to his life and achievements.

Here, you will learn huge amounts about the influence Pope John Paul II had on the Catholic community, and about his life in general. This centre also houses his relic, an ampoule of his blood and the bloodstained robe he wore on the day of his attempted assassination.

Gain fascinating insight into a rich and hugely colourful life, as we then go to the Sanctuary in Kalwaria Zebrzydowska, a UNESCO World Heritage site and a frequent stop for the Pope on his pilgrimages to his homeland.

We then move on to “the place where it all began”, Wadowice, where you will see all the places held dearest to this iconic public figure, as we explore his home town. Discovering the place of his birth, the church where he was baptised, and other significant places from John Paul II’s childhood and adolescence add a really personal touch to the tour.

As we drive to Wadowice, the beautiful Beskidy mountain range is consistently within view, a much-beloved area of the Pope’s, who used to spend his time hiking amongst them.

We finish the tour at the renowned ‘papal window’, where John Paul II used to make public appearances, and the site at which thousands from around the world flocked to hold candlelit vigils in the last days of his life.

Finally, we drop the group back in Kraków around 5pm.

Explore the quaint town of Wadowice, the birthplace of Pope John Paul II 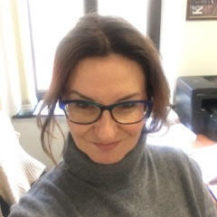 Please meet your guide from the bus park at 7 Powiśle Street, situated on the opposite side of the Sheraton Grand Hotel.

The tour begins at your meeting place at 8:30am.
Operates in all weather conditions, please dress appropriately A dress code is required to enter places of worship and selected museums. No shorts or sleeveless tops allowed. Knees and shoulders MUST be covered for both men and women. You may risk refused entry if you fail to comply with these dress requirements. Comfortable walking shoes are recommended.

Children must be accompanied by an adult.

Adult pricing applies to all travelers.