A Beginner’s Guide to Spotting the Northern Lights

The Northern Lights are top of the bucket list for so many people, and with good reason. Standing in the hauntingly beautiful, incredibly still landscape of frozen pine trees laden with thick, pure white snow, breathing in crisp, pure air as bursts of iridescent greens and reds burn their way across the pitch-black sky, is an experience you don’t forget in a hurry.

This spectacular natural phenomenon is unquestionably one of the most incredible sights on earth. Electrically charged particles from the sun enter the earth’s atmosphere, producing clouds of light that dance from 80km to 640km above the earth’s surface.

They appear in many forms, rippling curtains, dramatic arcs that burn across the sky, and create scenes of unparalleled magic as they light up already incredible landscapes in an unearthly glow.

Get to the Right Place

The Northern Lights, as the name suggests, occur in places that fall close to the Arctic Circle. There are the Southern Lights, ‘aurora australis’ but you have to travel to the very southern tips of Chile, Australia or New Zealand to view these.

The Northern Lights, ‘aurora borealis’, are a little more accessible, and the top countries to spot them include Canada, the southern tip of Greenland, Iceland, Norway and Finland. In particular, in north-east Finland, Saariselkä is an extremely popular destination for catching nature’s greatest light show.

It makes sense that light pollution is a huge factor in your chances of seeing the lights, so the greatest wilderness in Europe, Finnish Lapland, is uniquely positioned to get you the most vivid of displays. You can snowmobile your way out into the vast open spaces, or sit by frozen lakes to ensure the widest expanse of sky, and therefore the biggest, most impressive exhibition.

If that sounds a little cold, in Saariselkä you can also enjoy the spectacle from within a warm, luxurious, glass-covered igloo, sipping on a hot chocolate as brilliant bursts of colour roll overhead.

Essentially, you need to get yourself to the right latitude, and in general, away from the towns and cities. But even if you’re in deepest, most remote Iceland, or if you’re out on some far-reaching part of Greenland, you have a 0% chance of seeing the lights if you’re there in the middle of the day.

Get There at the Right Time 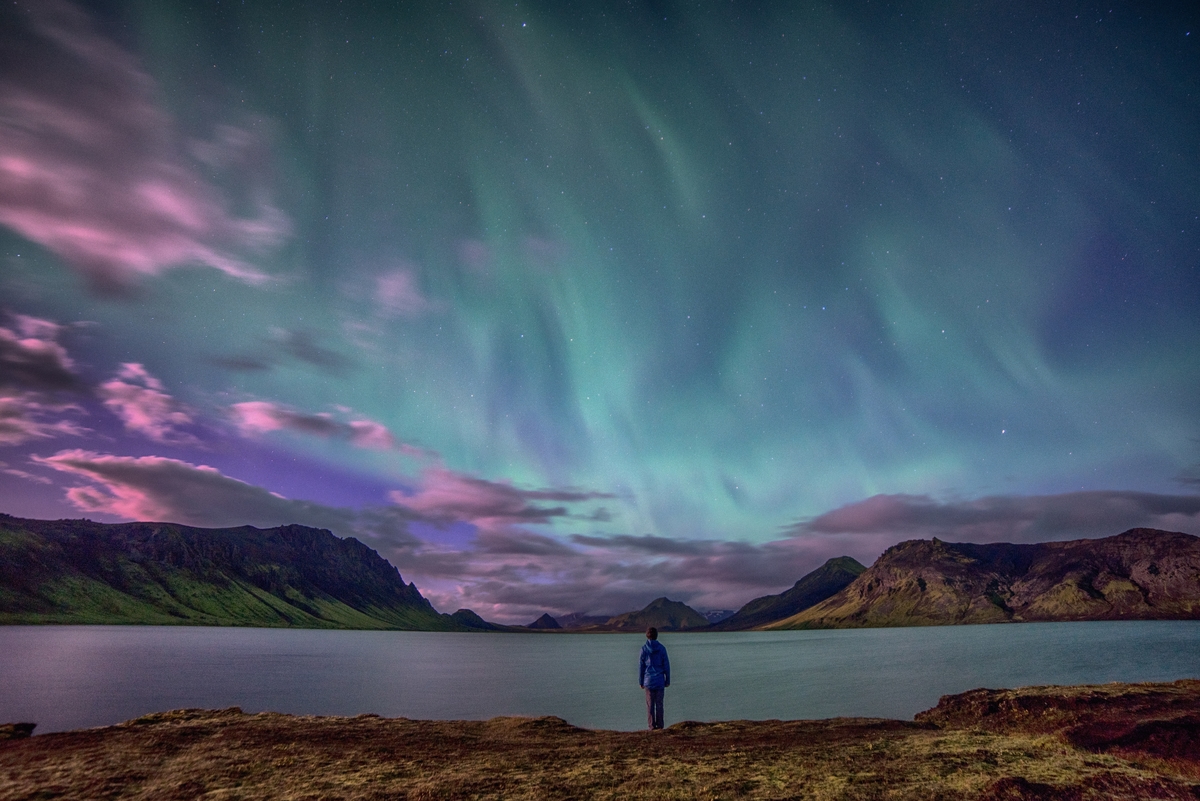 Obviously, it’s a little patronising to say that you can only see the Northern Lights at night. Or at least, when it’s dark outside. But this doesn’t just mean you can turn up at any time of year, stroll outside at 9 pm and get a great show.

You have to remember that, when you go to extreme latitudes, the amount of light, and therefore your odds of seeing the Northern Lights, varies enormously with the seasons.  Although there is a charm to the midnight sun, as it’s hazy yellow rays are soaked up eagerly by the northern dwelling population, desperate to enjoy the golden days of summer with great social gatherings and staggering amounts of beer, to spot the Northern Lights, you need to be there in winter.

So, head north in the dark, cold months best suited to towering clouds of ionizing particles. When the nights are long and seriously, seriously dark, you quite clearly maximise your chances at kicking back on a heated sleigh under an incredibly warm blanket, and staring in awe at the streaks of colour being painted against the black canvas of the sky.

If you want to maximise your chances even more, take a look at the cycle of the moon. Where there is very little light pollution and there are extremely clear nights, the light of a full moon can be extremely powerful. Whilst this probably won’t white out the lights completely, it may lessen their effect a little.

Head out during a new moon. In the pitch dark, the only illuminations will be the incredible plumes of emerald and scarlet, rolling in their waves from the edge of space. 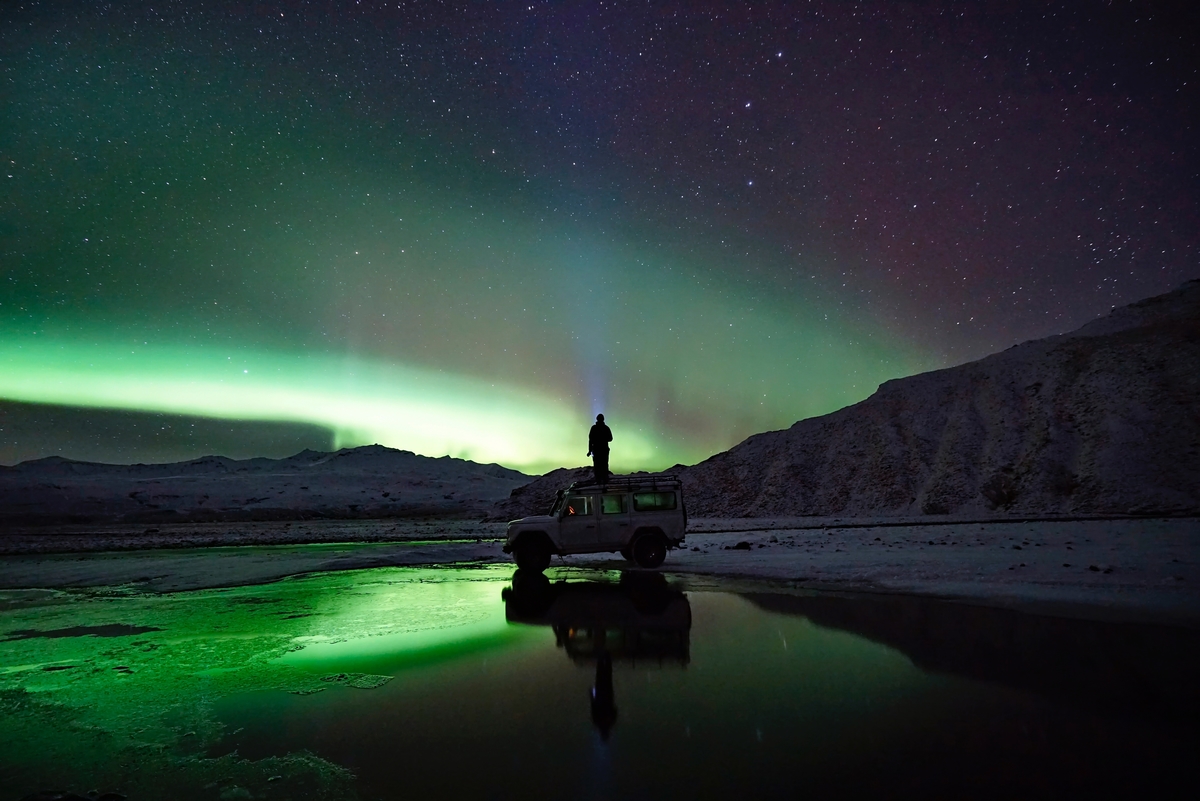 Ah, the one no one wanted to hear. But unfortunately, even in this world of instant gratification we’re so used to, Northern Lights spotting is certainly an exercise where patience is a virtue.

You might not see them in the first few hours, you may not see them in your first couple of nights, but turning away early is what leaves many travellers leaving their trip disappointed.

You might have to wait four hours for a ten-minute display, or ten minutes for a display that lasts all night. Factors such as solar winds, and magnitude can dictate the length of a performance, and obviously the weather will play it’s classic part as well. Overcast equals a no show.

But the Arctic weather is changeable, so giving up hope isn’t the right option. If you don’t want to put all this to chance, however, get a guide. Get someone who knows the best conditions, and the best spots for a truly dramatic experience. It’s worth it, because when it all comes together, it won’t just be the cold arctic air taking your breath away.