Learn a language and improve your health 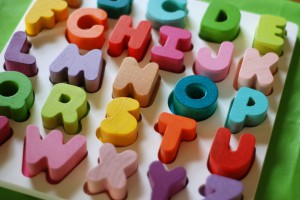 A new reason to learn a language

Recent studies have shown that children who are bilingual have clear cognitive advantages and more brainpower than monolingual children.

But what about us adults? The good news is learning a language can help us at the other end of life too apparently and have a very positive effect on our cognitive health.

A recent study by Dr Ellen Bialystok at York University into the effects of speaking multiple languages in adults has led to some interesting results. Bilingualism appears to protect against dementia and Alzheimer’s disease.
The study found that in bilingual patients with dementia, the disease had a later on set than in monolingual patients, with the average delay being four or five years.

Being bilingual protects against dementia as it strengthens different parts of the brain. Regularly speaking two languages helps exercise the cognitive skills such as planning, mental flexibility, working memory and other important functions. Usually they are the first to disappear as we get older, but being bilingual is said to delay this ageing process, similar to other activities recommended such as doing puzzles, eating healthily and taking regular exercise.

So there you have it – proof that learning a language can actually improve your health! If you’ve only got school level French, or monosyllabic Spanish you might not be able to take advantage of the benefits just yet, but a language course in the country can certainly help. Being surrounded by the foreign language all the time is THE best way to develop a second language (that’s why babies and kids are so good!), so taking a language course in a place where you can attend the lesson, learn the grammar, and then step outside on to the street and practice and continue to develop your new language skills is ideal.

Language courses normally run for a week minimum Mon-Fri but can be extended for as long as you fancy. If you’re short on time, or keen to get a decent head start, then our language immersion courses might be more suitable. They are where you live in with your tutor, which provides another extended element to being surrounded by the language all the time as you’re forced to speak (and even think!) in the language you’re trying to learn. These more intensive style courses are said to provide the same results in a week that you would normally get through a month of studying in group classes – a handy shortcut to bilingualism!