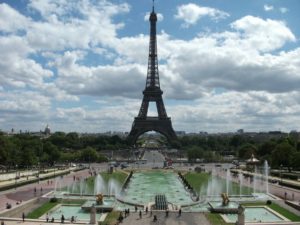 French. Such a wonderful language which seems sexy, intellectual and sophisticated at the same time. These are not words I would associate with my scouse accent. I have always had a fascination for all things French – Paris, smelly cheese, wine, berets (I was 13, give me a break)… Need I go on? So it seemed only natural that I would do well learning French at school.

I was one of the lucky ones. My French language teacher was friendly, passionate and informative. I spent five years learning French at school and after my GCSEs felt I could have taken on Monsieur Chirac at the UN.

Two years later on a holiday to France, I realised that ‘Je voudrais un sandwich avec jambon, s’il vous plaît’ only got me so far.

Not disheartened and still determined to learn French, I decided to attend a French language night class to study French while I was at uni. Gone were the days of youthful optimism. My French teacher was like those stuffy uni professors you see in films and set phrases had been replaced by verb tables. While I appreciate grammar is important, when are we going to actually speak French, s’il vous plaît? While my fellow classmates shared my frustration and enthusiasm, sharing English as a first language meant our coffee breaks were spent catching up on last night’s TV – in English! 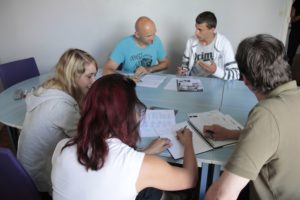 As uni came to an end, so did my hope of ever learning French. Just as I was coming round to the idea of never being able to speak French like Brigitte Bardot, I bumped into an old friend. Fresh from her year abroad around South America, she told me of her newly found skill of speaking Spanish. At the start of her adventurous jaunt, she had taken group Spanish lessons in Peru and learnt Spanish with language students from all over the world. Even though she had only known a few words to start with, she was speaking Spanish on day one! I was sold.

Learning French in France was everything I hope for and more. I relished my daily commute to French lessons on ‘le métro’ and made sure I had enough time for a ‘café’ and croissant before my morning group French lessons.

The group French lessons were fun and interactive. French grammar was followed by speaking to practice our French conversation skills. Here I was in Paris speaking French! Coffee breaks were no longer dominated by last night’s TV but instead I got to know my classmates who came from Japan, Spain and Brazil to name a few. It was a really great way to practice French, meet new people and improve our confidence. 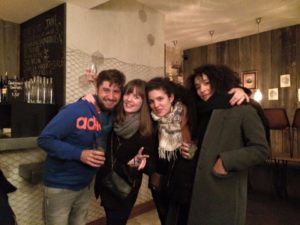 At the end of my two weeks, I left Paris feeling satisfied and wanting more. My group French lessons had been a lot of fun but I knew I could take my French further and learn more about France and French culture. But how?