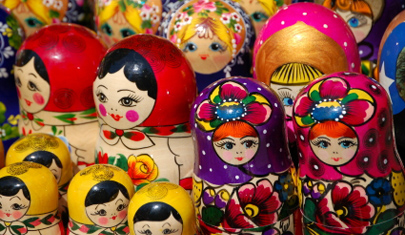 I first visited Russia when I was just 17, for £199, I got to visit Moscow, Murmansk and Lenningrad as it was then. I saw Russia during communist times and as a 17 year old from a quite village in the East of England that was really something.

Russia today is now a very different place and Walter Denz who runs our partner language schools in Russia gives us the low down on living in St Petersburg today.

“Language is a vehicle for a country’s culture and mentality,” says Walter Denz, who is 43 and is originally from Zurich, is well familiar with the way Russians live and think.
The co-founder of the country’s best-known private language school (and president of the International Association of Language Centres), he’s been living in St. Petersburg since 1992. We asked him what makes living in Russia’s second-biggest city such a thrilling experience.

THE CHANGE
When I came here aged 26 in 1992, Leningrad had just become St. Petersburg again. It was a name that had incredible associations for me: “Doctor Zhivago”, “War and Peace” and those other Russian classics. The city looked quite different then from the way it looks today, but it fascinated me at once. I’d never seen so many historic buildings and monuments in such a small area. The whole place was one vast open-air museum! Everything was in a poor state at the time, and there were hardly any shops. That winter, which was a harsh one, many people didn’t have enough to eat: it was a genuine emergency. We’ve also had to contend with hyperinfl ation, kiosk capitalism, gang crime and political instability over the years. It’s been quite an experience, and we had to learn how to survive.
THE PACE
There was hardly any consumerism of note here in the early 1990s. But today, if your company can’t achieve double-digit annual percentage growth, you must be doing something wrong. The pace is high. People want to live here and now, there’s a huge appetite for life. Who knows what tomorrow may bring?

THE LANGUAGE
We’ve almost all grown up with Russian novels – many of which were written in St. Petersburg, by the way. Its extensive use throughout the former Soviet republics and the countries of the former Eastern Bloc has made Russian a world language. And anyone who wants to live here will simply not get by without it. I have never been a fan of the academic language learning approach. That’s probably
why our language school adopts a practical tack. We go out into the local world, because we want our students to see and feel the progress they are making as clearly and quickly as possible.

THE “COMMUTE”
I really like walking to work, and every time I do so, I feel immensely privileged to live in such a magnificent city. My route takes me along Fontanka and then alongside the Moika Canal. So I go past the Church of the Saviour on Spilled Blood, which was built on the spot where Tsar Alexander II was assassinated. As a Russian-style church, it’s actually not very typical of St. Petersburg, which was
planned as a European and Western-oriented city. This place really is packed full of wonderful architecture!
THE PEOPLE
People here are more spontaneous than they are in the West. Plans are made and changed, and people meet up without major advance notice. You can call someone in the middle of the night, too, if it’s important. And the hospitality is as strong as ever. When you’re in vited to someone’s home, you bring fl owers, take off your shoes and let yourself be spoilt. You’ll be offered everything under the sun.
And it will all be accompanied by vodka, of course: straight out of the freezer, with every glass coming with a toast. Several hours later you’ll go home totally full and probably a little tipsy, too.

THE HOPE
There are so many intelligent and well-educated people here, and the will to get on and ahead is very strong. You can really feel the high energy levels – and that also makes St. Petersburg a wonderful place to live!

To book your Russian language course, click on the link below…