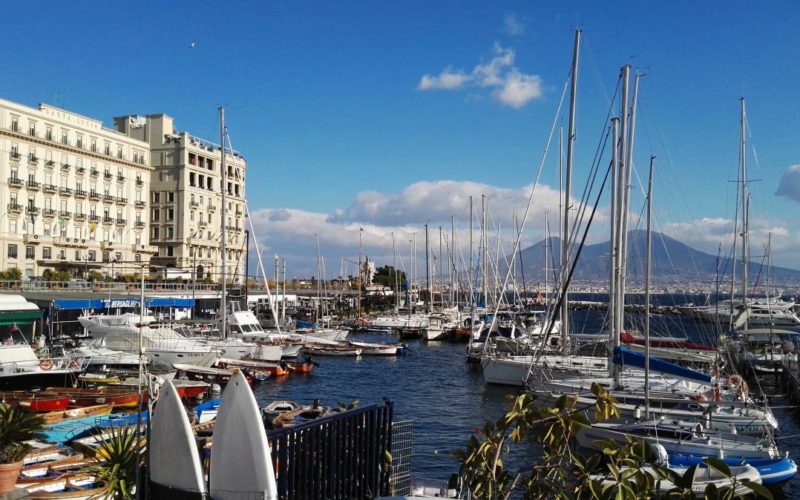 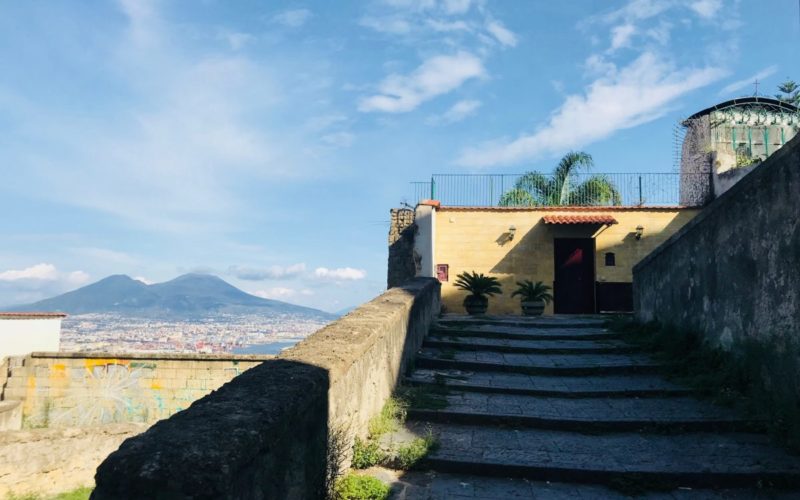 UNUSUAL STREET FOOD: FROM VOMERO HILL TO THE HISTORIC CENTRE

See the other side to Naples, the side known only by the locals, and rarely understood by tourists, with this unique tour that exposes the city for what it truly is.

UNUSUAL STREET FOOD: FROM VOMERO HILL TO THE HISTORIC CENTRE

See the other side to Naples, the side known only by the locals, and rarely understood by tourists, with this unique tour that exposes the city for what it truly is.

Your tour guide, otherwise known as the mysterious ‘Wanderer’, will lead you on a journey to uncover hidden truths, forgotten histories and unknown characters that have played central parts in the story of Naples.

We begin the tour at Piazza del Plebiscito, one of the largest squares in Italy and crowned at one end by the magnificent, imposing dome of San Francesco di Paola. We’ll then head up to San Martino Castle by funicolare, a journey that offers fantastic views of Naples as you rise from the chaos of the city streets.

Then, at the incredible peak of Castel Sant’Elmo, take the opportunity to admire the sprawl of the city in all its complex greatness, as your guide, Il Vagabondo, begins his fascinating narration, disclosing the secrets and legends of this star-shaped fort.

Take a seat in front of the endless vista spread out before you, and try the classic sfogliatella napoletana. We’ll then leave the sunlight of the upper-class neighbourhood, and delve into the hidden depths of the historic centre, descending steep staircases, winding through dark alleyways and loudly bustling markets.

Eventually, you’ll arrive at Alberto Squillace’s bottega. Alberto is the 5th generation of a family of leather glove designers, and his workshop has been situated in Quartiere Stella, one of the oldest districts in Naples, all that time.

The process he uses to design the gloves has remained the same over 5 generations, and uses 25 separate steps to meticulously hand-craft each one. After a conversation with Alberto, we head to Piazza del Gesù, the sit of one of the most beautiful churches in the city, Chiesa del Gesù Nuovo.

Here, you’ll stop in at a traditional local gem, a Neapolitan basso, to try some classic dishes that have been the staple of the Neapolitan people for years. As you eat and drink, street performers will provide entertainment to give you some insight into some more classic Naples culture.

After much eating, drinking and dancing, our tarantella group will lead us to the Spanish neighbourhood to show you the real face of this district. Then, finally, the day finished, we bid you farewell in Via Toledo or, time permitting, on the picturesque promenade.

Explore the hidden side of Naples

Have lunch in an authentic Neapolitan alley with live performances

Drop-off – Waterfront or Via Toledo

Yes. However, the other languages available on request are: French, German, Spanish, Portuguese, Russian, Chinese or Japanese.
Children up to 12 yrs of age are €30 (with a minimum of 4 adult participants).