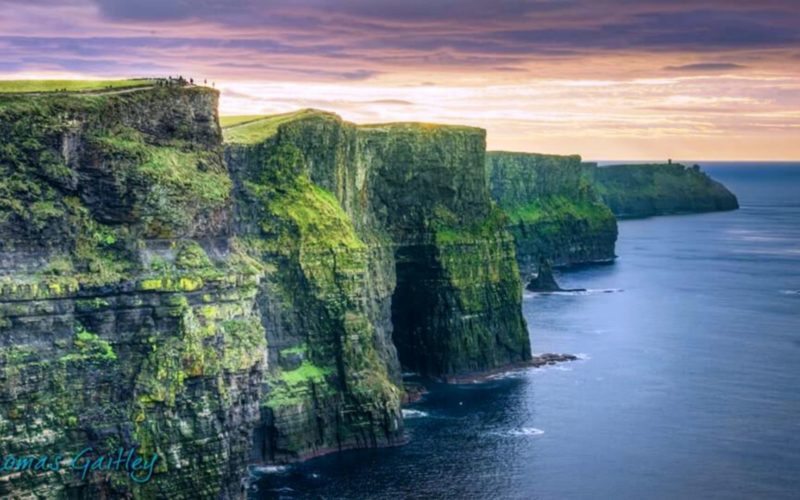 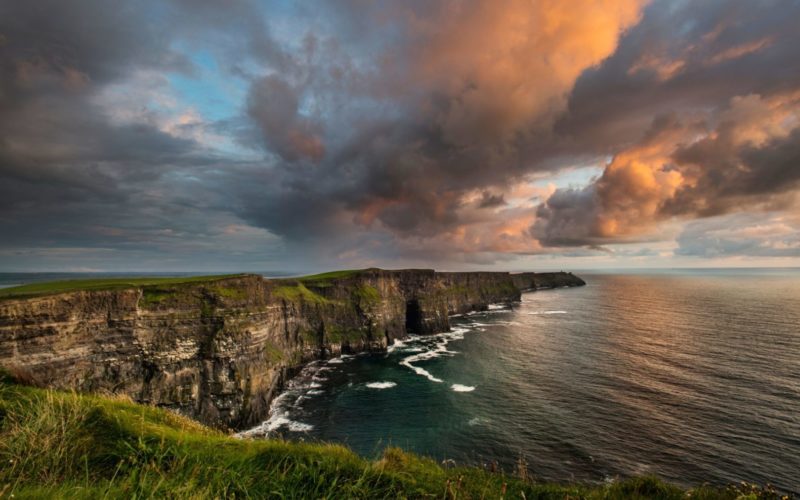 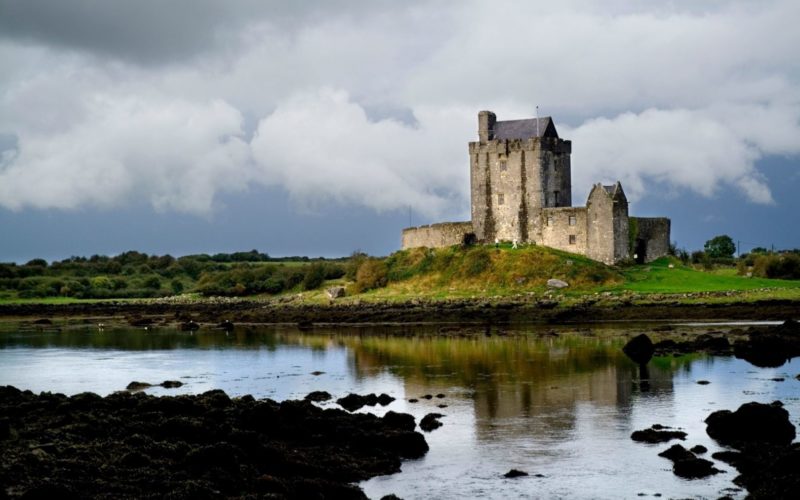 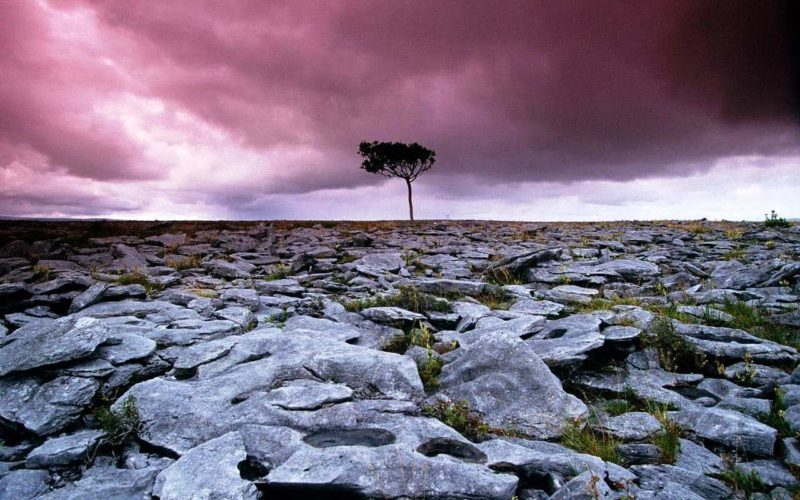 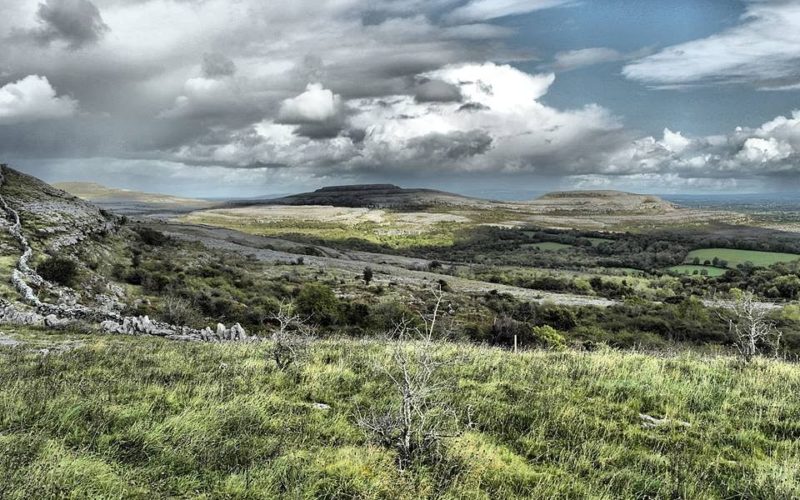 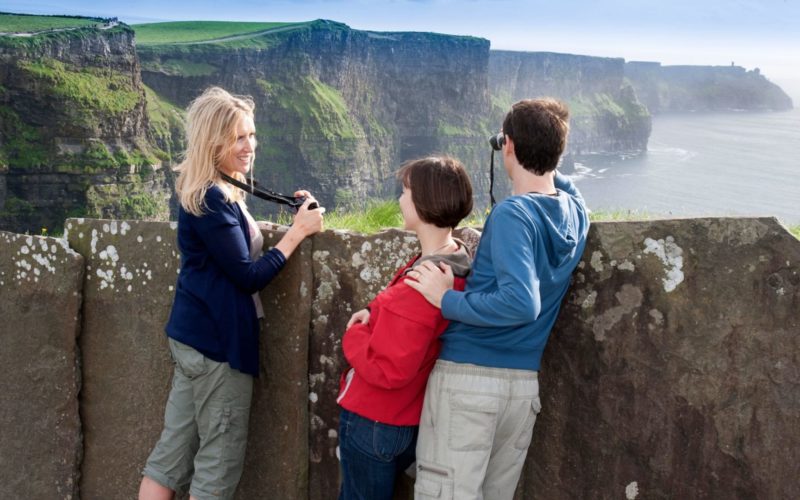 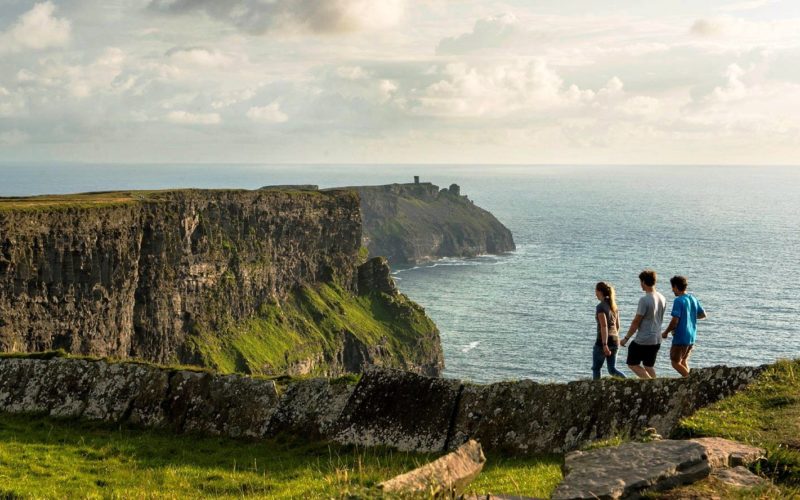 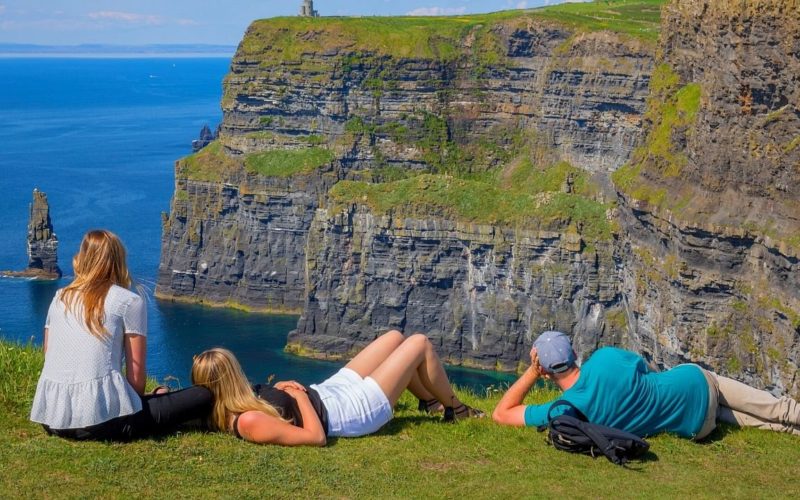 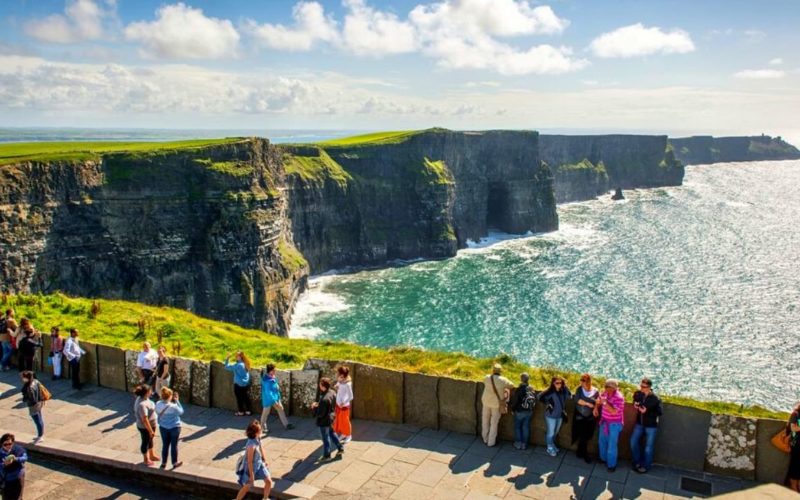 Cliffs of Moher from Galway

Cliffs of Moher from Galway

Step onto the edge of the world, and visit the spectacular natural wonder that is the majestic Cliffs of Moher and discover the lunar landscape of the Burren as you travel along the scenic Wild Atlantic Way.

Set off on a journey along the Wild Atlantic Way to the iconic Cliffs of Moher and discover the wonders of Ireland’s Cliff Coast, as your guide shares his expertise and introduces fascinating sights that unfold before you as you travel.

After being picked up in Galway, head to the rugged western coastline and travel the Emerald Isle’s famous 1,500-mile touring route-the Wild Atlantic Way. During your trip, pass by harbours and farms, medieval ruins, 16th-century tower houses, crumbling stone churches, and ancient graveyards.

Your first stop is at Dunguaire Castle on the outskirts of Kinvara, one of the most photographed castles in the whole of Ireland. Then it’s on through the glacio-karst landscape of the Burren and past Corcomroe Abbey. This fascinating 12th century Cistercian Abbey is famous for its distinguished carvings and rich ornamentation.

Follow the Wild Atlantic Way, enjoying views of Fanore’s golden beach and the small but stout Black Head lighthouse, that sits alone on a bed of limestone in the Burren region. The lunar-like Burren landscape in Ireland is considered one of the best examples of glaciation in the world.

From here, you can also see the three Aran Islands, Inishmore, Inishmann, and Inisheer, as well as Galway Bay and, in the distance, the mountains of Connemara.

A photo stop at Doolin Pier gives you a chance to feel the Atlantic wind in your face and to experience the power of the sea as it crashes in on the shore. During the summer months, there is an opportunity to join a cruise to the base of the Cliffs of Moher (cruise not included).

After you’ve worked up an appetite on the beach, it’s onto the Doolin Hotel for lunch (Lunch not included). Try any of the local seafood dishes, which are all delicious!

Arrive at the Cliffs of Moher for a 2 hour stop. The Cliffs of Moher rise 214 meters out the Atlantic Ocean, a majestic and iconic sight. Wander the pathways along the cliff at your own pace, or just rest on one of the viewing platforms and soak up the invigorating salty, sea air.

The cliffs are home to over 60,000 nesting sea birds, and the popular puffins can be seen here from April to July.

You might want to head to the visitor center to check out interactive exhibits and displays. The unmissable cliffs exhibition animates the story of the Cliffs, presenting the geology, wildlife and human aspects in an entertaining and informative way.

After a day on the edge, return to Galway via the colourful town of Lisdoonvarna, famous for its annual matchmaking festival. The tour returns to Galway City between 17h00 and 17h30.

Drink in the dramatic Cliffs of Moher, one of the most spectacular landscapes in Ireland

Discover medieval ruins, ancient churches and many offbeat attractions you might normally miss

Explore the otherworldly scenery of the Burren

Moving to Ireland in 2009, we left the frenetic buzz of big city life behind us, hoping to create a different lifestyle in the countryside. Colin, who is an Irishman, already had the love of the west of Ireland imprinted in his heart, having spent all his childhood summers fishing the many rivers and loughs for its famous wild salmon and trout.

In search of our ‘place’ in this crazy world, we chose the wilds of Connemara on the Wild Atlantic Way to settle and see if it would measure up to our high expectations…and boy does it deliver on that, and much, much more!

This tour sets off from Galway, and heads south along the incredible Wild Atlantic Way, stopping at multiple points of interest or spectacular natural beauty. It heads all the way down to the Cliffs of Moher, before finishing back in Galway city in the early evening.

Your exact meeting point and directions will be specified on your booking voucher.