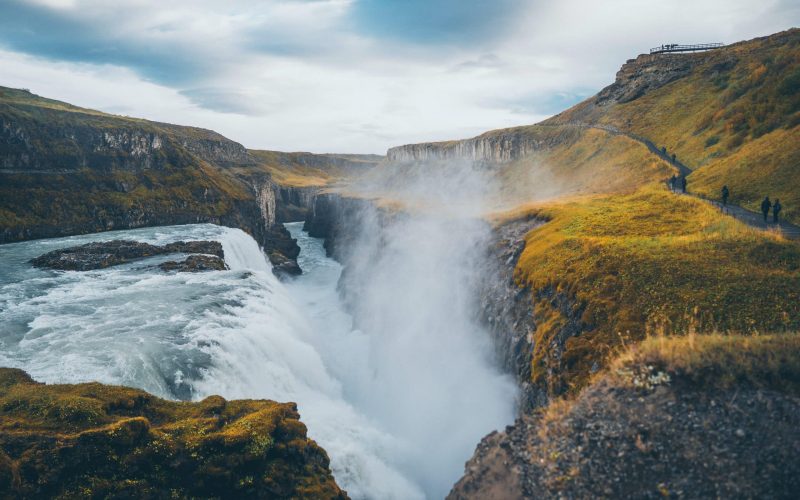 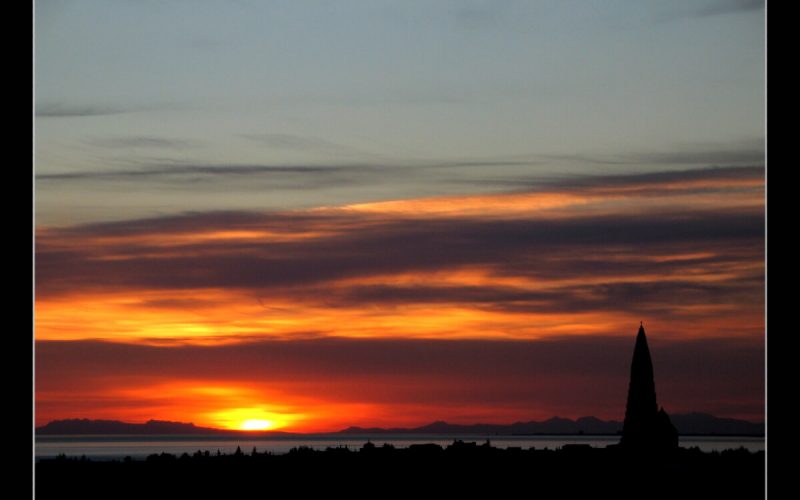 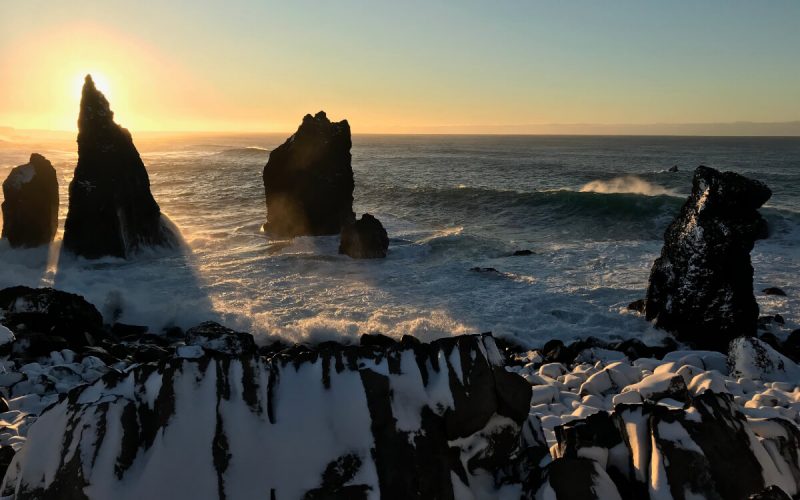 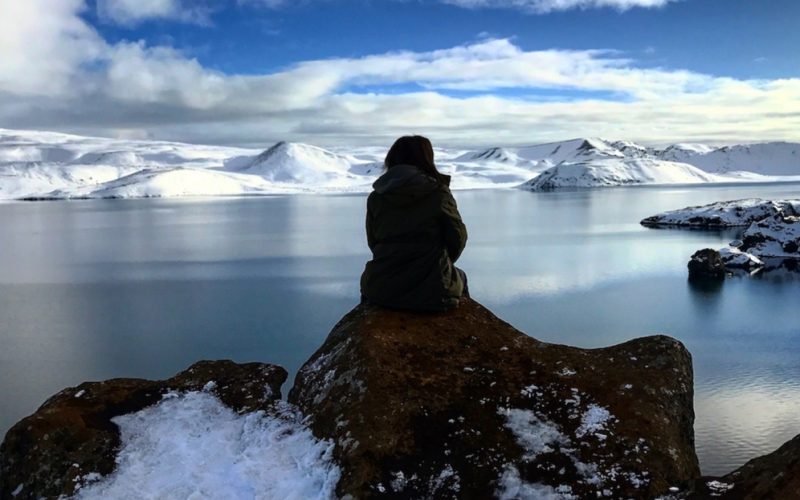 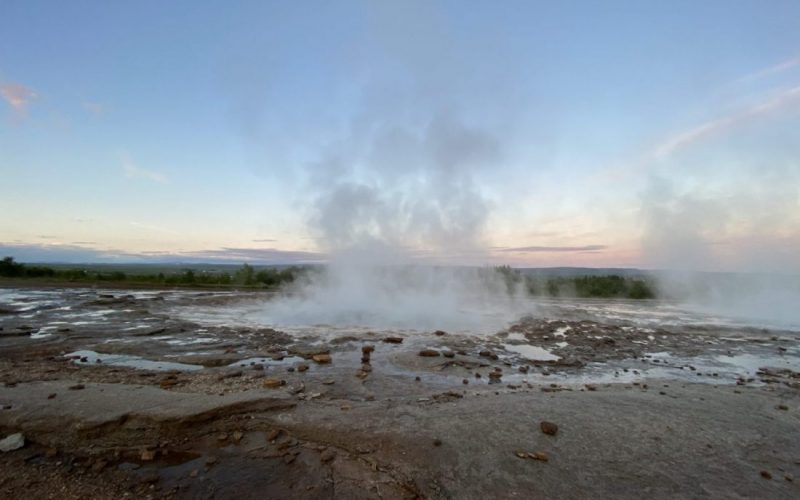 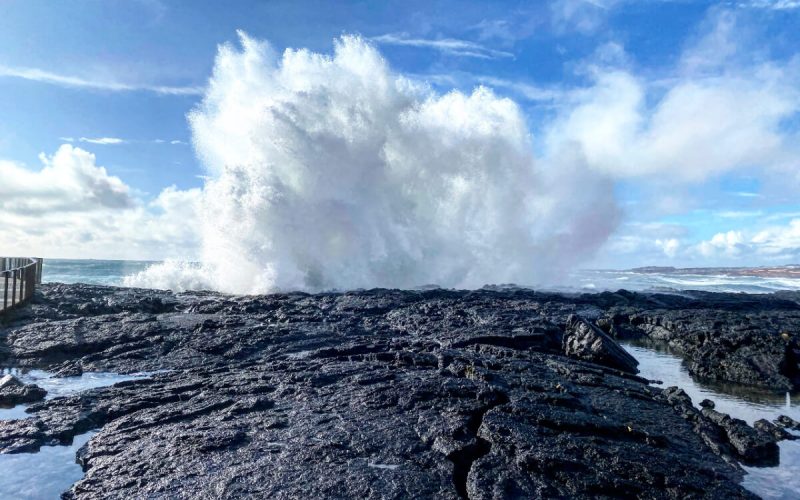 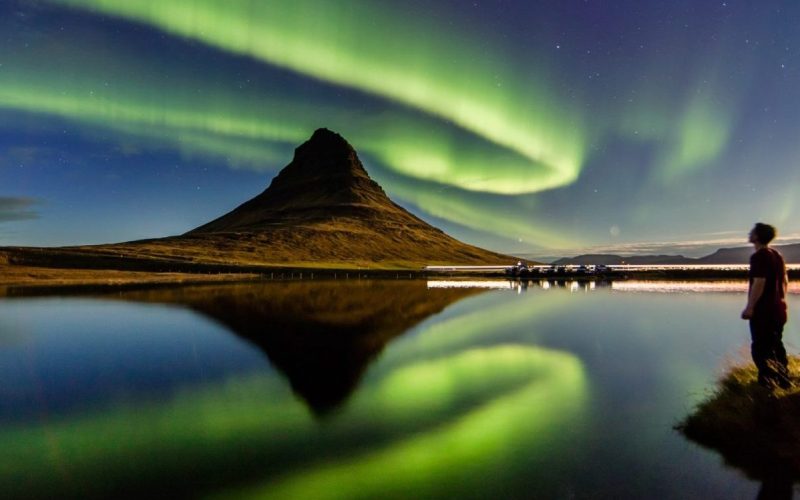 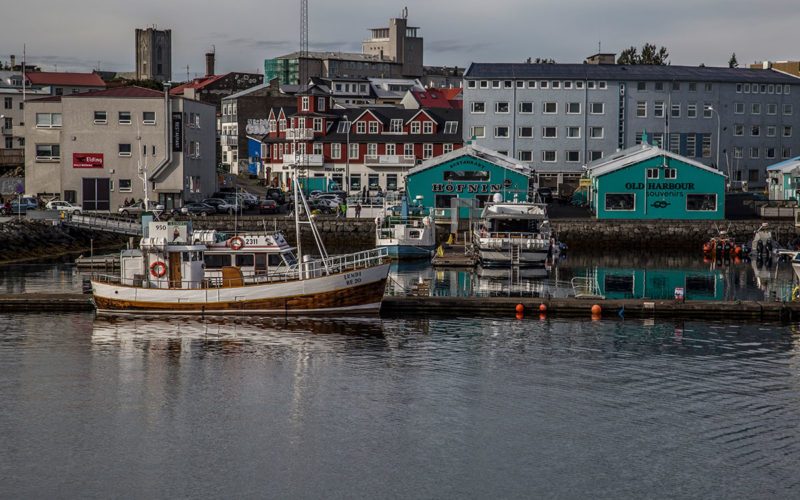 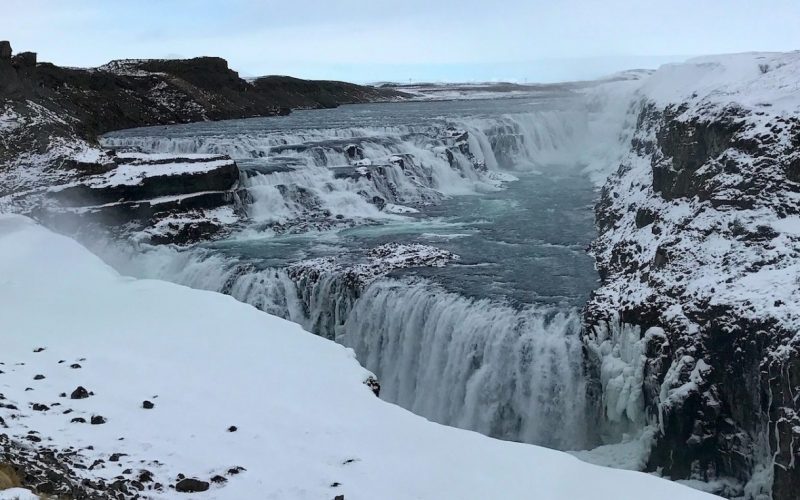 Spend three nights in Iceland exploring all the famous sights. You'll take a cruise to view the world-famous Northern Lights, be led on a tour of the Golden Circle by super jeep, taste traditional Icelandic food on a food-tour, and take a dip in the geothermal Sky Lagoon.

Spend 3 nights in Iceland exploring the most beautiful natural wonders that this amazing country has to offer!

Arrive into Keflavik Airport, and be transferred to your hotel in Reykjavik where you can settle in and get ready for your exciting evening adventure! You will be setting off for a cruise to search for the Northern Lights around the Faxaflói bay, far from the lights of the city.

Drink in the inky dark wilderness and, if you’re lucky, catch a glimpse of the otherworldly Aurora Borealis flashing across the sky.

Spend your second day exploring the famous Golden Circle, visiting mighty geysers, including the world-renowned ‘Geysir’, and the jaw-dropping Gulfoss waterfall. A rush of water cascading into a mighty gorge, this is a serious sight to remember on your Iceland adventure.

You’ll walk in the footsteps of the Vikings at Þingvellir National Park, surrounded by dramatic scenery.

On your third day you’ll embark on an introduction to Icelandic cuisine as you stroll around the capital visiting some amazing local eateries and getting an insight into this city that is bursting with character.

Afterwards, you’ll visit the Sky Lagoon, where you’ll immerse yourself in warmth at our oceanside geothermal lagoon, as the dramatic North Atlantic Ocean stretches out before you.

All in all, by the time you are heading back to Keflavik, you can be certain that you’ve seen the highlights of Iceland in a unique way, discovered a number of hidden gems, and have got to know the local side to this addictive island on a totally immersive holiday in Iceland.

Experience the beauty of the Golden Circle

Marvel at the Northern Lights on board a boat 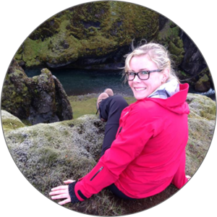 I constantly consider myself lucky to be Icelandic and live in this incredible destination that Iceland is. Our culture, the Northern Lights, erupting volcanoes and incredible nature provide some of the best holiday experiences you can get. I have spent the last 15 years truly exploring my own country and it continues to amaze me every single day. The weather may be a challenge - we never know what what conditions will be thrown our way - but you can rest assured that every minute is an adventure! Respect for nature is important to all Icelanders and all the partners we work with care for people and for the environment. We are a family business committed to offering our customers the best, true, authentic experiences and nowhere else will you get a more personal service than with us.

Meet your driver and transfer from Keflavik Airport to your hotel Northern Lights Cruise.

For the Northern Lights Cruise please make your way to the harbour and make sure to be there by 20:45. The harbour is only a short walk from your hotel.

You will be taken out into the dark blue yonder of Faxaflói bay in search for the mystical phenomenon we call the Aurora Borealis, or Northern Lights, leaving behind the bright city lights of the capital Reykjavík. The open-top viewing decks provide the perfect platform for witnessing this dazzling spectacle while our heated indoor lounge is a great place to take a break and warm up in between sightings.

Your expert guide will be on hand to answer your questions while you enjoy Mother Nature’s light show and starry skies, wrapped up in a warm overall. On board you will find several outdoor viewing platforms and a large indoor saloon with toilet facilities and a café where you can buy light refreshments.

Please note that we do not guarantee seeing the Northern Lights, they are a natural phenomenon completely out of our control. We promise you we will try our best though, with experienced guides and good weather forecasts. In case the tour tonight gets cancelled OR you go out and don’t successfully see the Northern Lights, we will be delighted to welcome you again on your next evening for free.

Hotel Apotek is a stylish boutique hotel located in the very heart of Reykjavik ́s most prestigious shopping, entertainment and cultural district. The historical building formerly housed the pharmacy Reykjavikur Apotek and is widely considered to be one of the most remarkable buildings in Reykjavik.

Guðjón Samúelsson, former State Architect of Iceland, designed the building in 1917.  Guðjón built some of Iceland ́s most renowned buildings such as the National theater building, Hotel Borg, Akureyrarkirkja church and Hallgrímskirkja church.

After you’ve enjoyed breakfast at the hotel, you will embark on a visit to the Golden Circle by super jeep & snowmobile.

Please note that pick up is 30 minutes before departure. Please be ready at your pick up point.

The Pearl, a Golden Circle Super Jeep and Snowmobile tour is an Iceland adventure where you will experience some of Iceland’s most famous and exciting natural phenomena by exploring the Golden Circle, topped off with an unforgettable snowmobile tour on Langjökull glacier.

If you want to experience Iceland’s most popular locations in the privacy of a small group, this is the way to do it!

Our first stop on the Golden Circle is Þingvellir National Park, a UNESCO World Heritage Site and home of Iceland’s first parliament and the oldest extant parliamentary institution in the world. Founded in AD 930, it is Iceland’s most significant historical site.

Also capturing the world’s attention is Þingvellir’s geological features where the North American and Eurasian tectonic plates can be seen separating from each other, although, ever-so-slightly year after year. Now after many millennia, you can witness the big gap that’s been formed at this geological marvel.

From Þingvellir, we head inland toward the highly active Geysir Hot Spring area with its boiling mud pits and spouting hot springs.

For some wet and wild excitement, if the winds are right, you can let the falling water from the mighty geyser give you a good showering!

We continue on to Gullfoss, one of Iceland’s most powerful waterfalls. Located on Hvítá river, this waterfall fed by Langjökull Glacier plummets 32 meters in two stages into a rugged canyon. And while you’re there, keep your fingers crossed; with a little luck, on a sunny day, you’ll be greeted by a rainbow.

To top it all off, we drive to Langjökull Glacier for another Iceland adventure where we will dash across snowfields on snowmobiles, gazing at the mountain peaks, while enveloped in this icy realm. 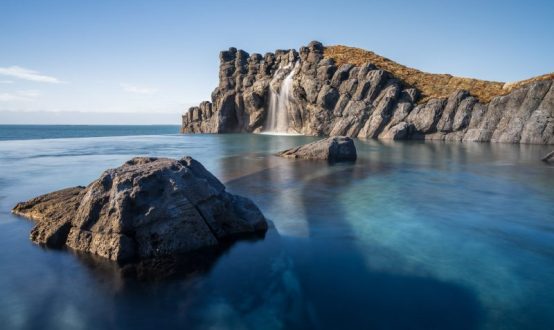 After breakfast at the hotel, you’ll embark on a foodie adventure – you’ll walk around and explore down town Reykjavik with a friendly and fun local guide for approximately 3 hours, and see the city’s most interesting highlights and attractions.

As you explore Reykjavik in the most fun way possible, through food, you will enjoy more than 8 amazing local cuisines that you won’t find anywhere else than in Iceland.

The restaurants you’ll visit are a variety of casual, fine dining and cosy family run businesses. Some are well-known “must visit restaurants” in Reykjavik while other are secret local hangouts.

For this tour we decided to focus on our absolute most delicious Icelandic cuisines and leave behind some less mouth-watering traditional cuisines – like fermented shark, rams testicles and sour sheep heads! But your local guide will be more than happy to suggest to you where you can find such things.

Our Reykjavik Food Tour is safe, family friendly and the perfect local introduction to our delicious Icelandic food.

Afterwards, you’ll meet your driver for your visit to the Sky Lagoon. At the Sky Lagoon, you’ll immerse yourself in warmth at our oceanside geothermal lagoon, as the dramatic North Atlantic Ocean stretches out before you.

The water is clear and the lagoon is set in the black volcanic rock. Immerse yourself in the natural warm water with wonderful ocean views stretching out before you. Enjoy the invigorating and relaxing seven step ritual including an ice cold plunge pool, glass walled sauna with ocean views, steam room , rain mist room and mineral scrub, before relaxing back in the warm lagoon.

After a couple of hours you will be collected and returned to your hotel for the evening. Today is your departure day . You will be collected by your driver for your transfer to the airport, after an amazing spa break in beautiful Iceland. We know you will want to return and we look forward to welcoming you back!

All excursions and transfers include a hotel pick up / drop off with the exception of the Reykjavík Food Walk and Northern Lights Cruise where you will have to walk to the meeting point.