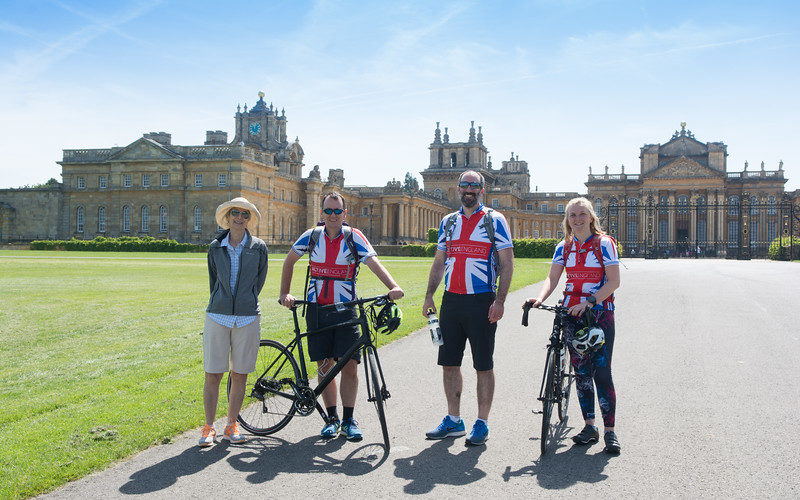 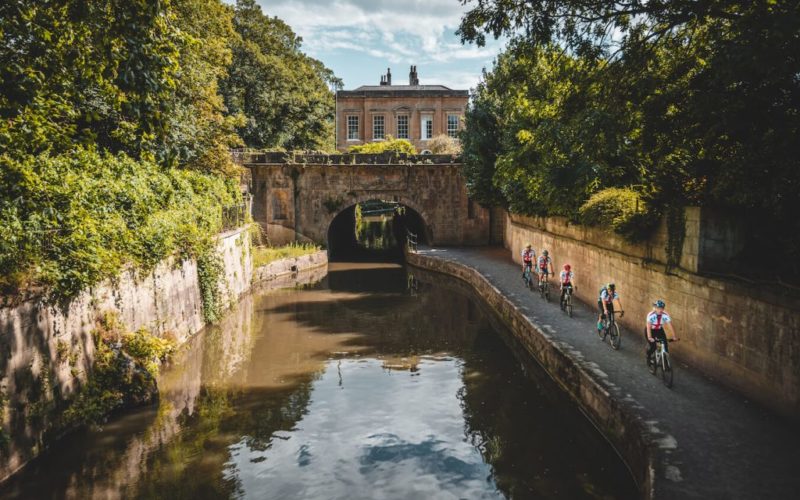 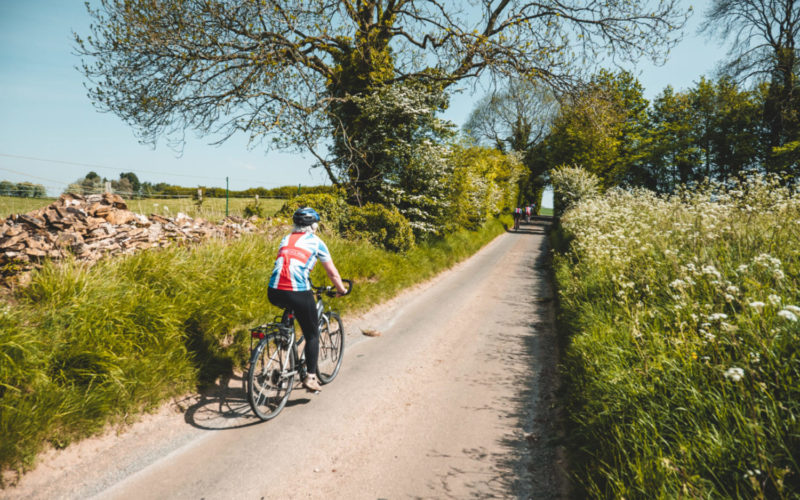 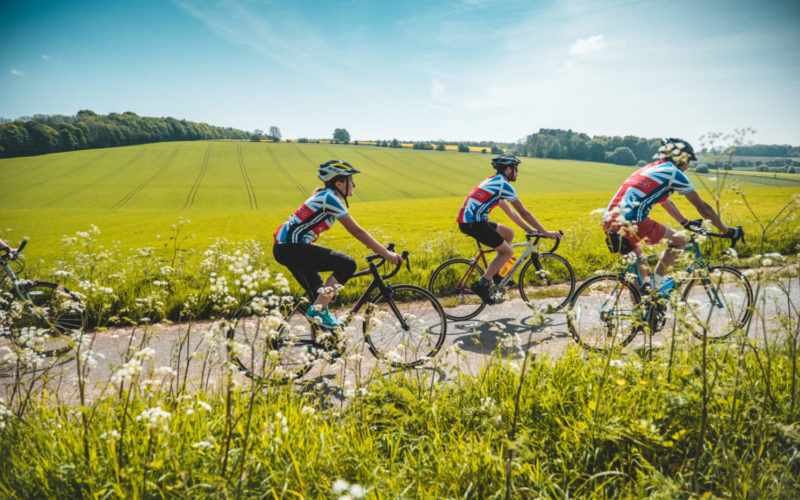 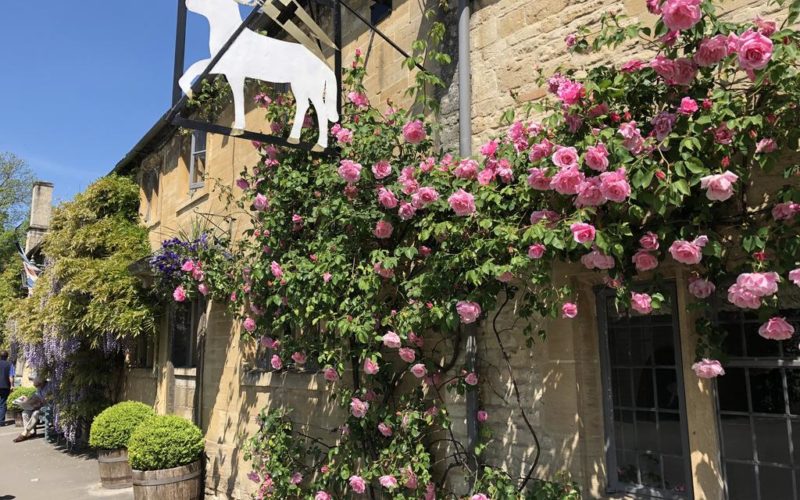 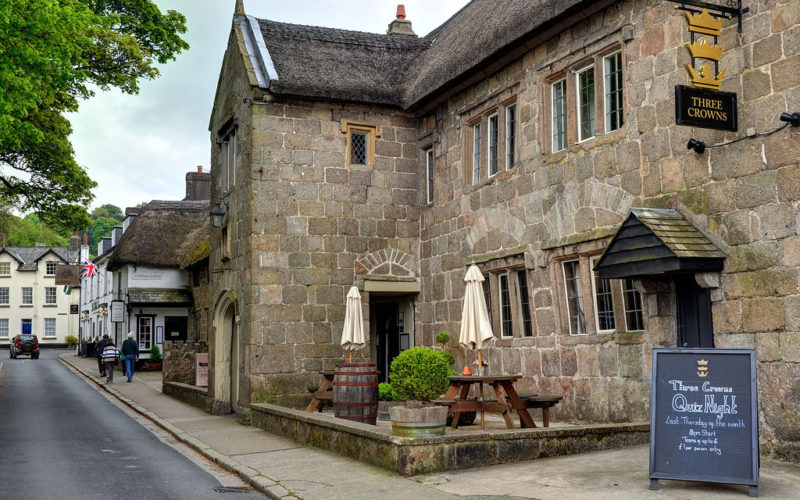 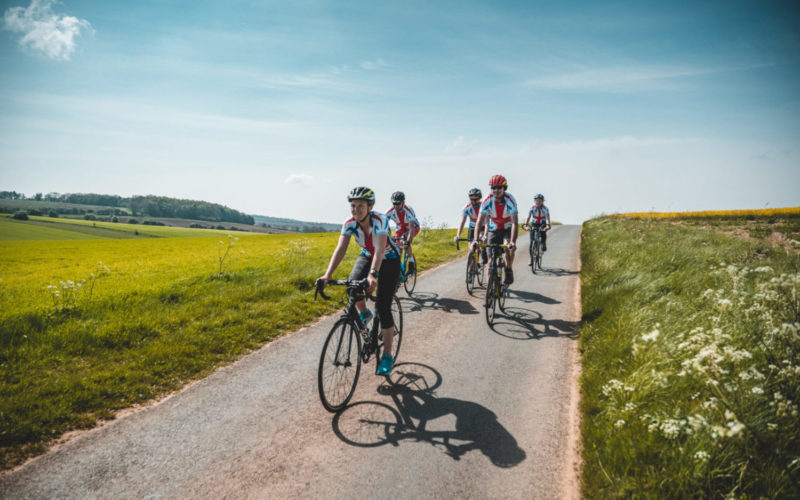 Get lost with a local guide on the quiet country roads of the Cotswolds, perfect cycling country where rolling hills are dotted with picturesque villages and fascinating attractions around every corner.

This 6-day, 5-night tour will lead you through honey coloured Cotswold villages and busy little market towns, over rolling hills and down country lanes. The Cotswolds is perfect biking country, and as you sweep though the quietest roads you will be transported back into England as it was before mechanisation, where sheep and dry-stone walling were the only industries.

Relax and enjoy global heritage sites including Windsor, home to the Queen and its majestic Great Park, the university city of Oxford, Churchill’s Blenheim Palace, the Neolithic wonder of Stonehenge, and the spa town of Bath.

With stunning views around every corner, excellent accommodation, wonderful pubs and beautiful cuisine, this holiday will be an experience you won’t forget.

You have a choice of 3* or 4* country hotels, where you will be staying for 5 nights so you can totally relax and enjoy your time exploring the Cotswolds, soaking up the idyllic countryside, sampling the local produce and excellent cuisine. 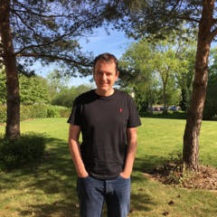 Will was born and raised in the Cotswolds. Following a family cycle trip in France, Will discovered a passion for active travel and brought it home with him. With the goal of showing off our beautiful English countryside in all its glory, through beautifully crafted active cycling, walking and adventure tours. 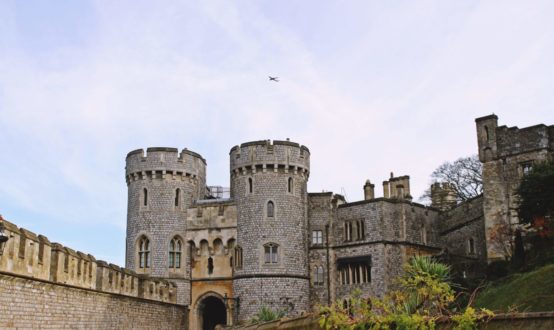 Arrival and Head to the Country

You will be collected at 8.30 from London at Paddington Station, Platform 1, under the clock. From there you travel by bus Windsor, which is about 1 hours’ drive. As you get to know your group, your guides will fit you to your bikes and you’ll set off into the royal deer park, past the cricket pitches and the famous Guards Polo Club and grounds, founded by HRH The Duke of Edinburgh in 1955.

A former player, he remains the Club’s President today, regularly watching games from the Royal Box. Often on a Sunday there is a polo match taking place right in front of you as you travel past, lingering longer when there is a Chukka in play!

After a beautiful loop of the Great Park grounds, with all of its eccentric statues, totem poles and ruins – including Leptis Magna, aka the Temple of Augustus, an ancient Roman ruin from Libya that has ended up here, 2000 miles away from where it originated.

After lunching in Windsor we take a tour of the magnificent castle itself, the largest occupied castle in the world. In the late afternoon, taking the bus to your hotel in Moreton-in-Marsh in the North Cotswolds means a nice, gentle start to your holiday and a social group dinner on this first evening. 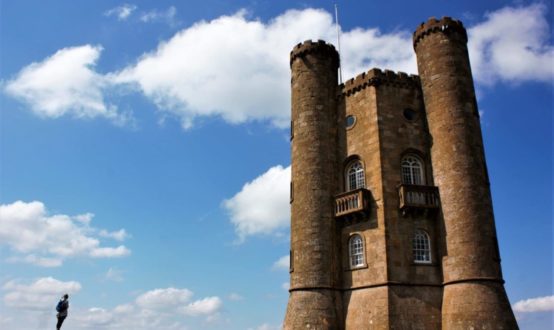 Today you will cycle around 10 miles, exploring the gently rolling country roads that wind their way through the lush green fields and quiet woodlands to picturesque villages and historic towns.

Examples of stops on this day include Broad Campden and its magnificent topiary, and the golden-stone Chipping Campden, complete with an impressive market hall and a fascinating history stretching back to the civil war in 1627, evident on the ruins on the outskirts of the town.

Cycling up and out of town you pass Dover’s Hill, home to the ‘Cotswolds Olympics’, founded by Robert Dover in 1612 and still going to this day! Popular competitive events include hay bale carrying and the Shin-Kicking World Championships!

Visit the imposing Broadway Tower, from where you can see 16 counties and to the Black Mountains of Wales, the perfect lunch spot with a view.

You’ll also see the stunning Hidcote Gardens for coffee and to explore its internationally renowned gardens – special because of its series of ‘outdoor rooms’ and as the first National Trust property to be purchased for its gardens rather than the building itself. Return by bike on a round trip to Moreton in Marsh in the evening, with plenty of options for dinner in the town. 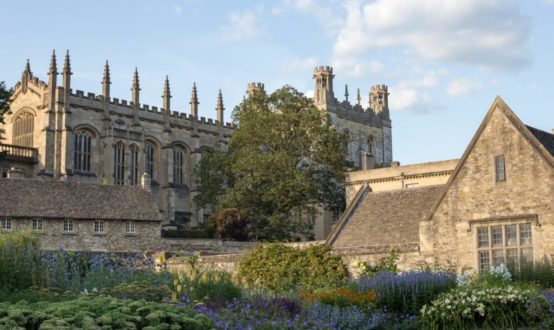 Blenheim Place and an Evening in Oxford

Today, you’ll cycle out from the hotel through the beautiful Cotswolds to Blenheim Palace, the World Heritage Site where Winston Churchill was born.

The morning’s ride is around 20 miles, although it could be extended to 30 or 40 miles if you want to explore further, through rolling countryside, stopping off at the famous organic farm shop, Daylesford.

Complete with cheese rooms, their own range of English wines, and an incredible delicatessen, it is well worth a visit. Your coffee stop is the community-run Café de la Post at Chadlington – boasting the ‘world’s best carrot cake’ – as voted for by Jeremy Clarkson, one of the regulars here!

At Blenheim itself, guests can eat lunch overlooking the Capability Brown parklands and you have ample time to explore the historical palace on a guided audio tour and walk through some of the 3000-acre estate.

In the evening, head to the romantic town of Oxford for an evening walk through the historic streets. 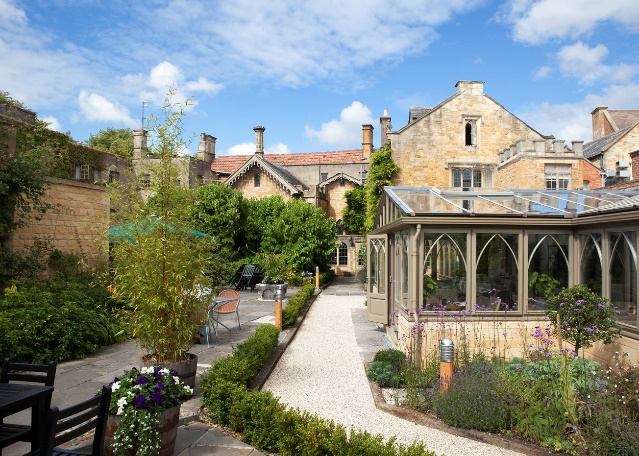 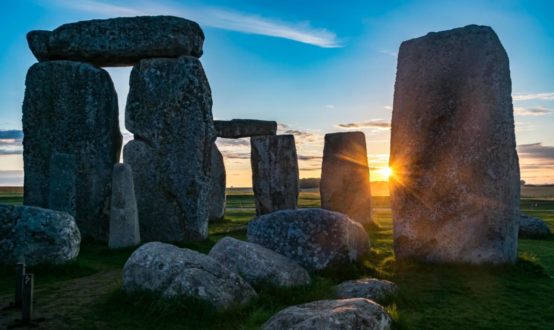 A Trip Back in Time

Today you will travel from Burford towards the stunning White Horse Hill, an ancient carving atop the Ridgeway, thought to be around 3000 years old.

Wander to Wayland’s Smithy an atmospheric Neolithic chambered long barrow, haunted by the God-Giant Wade, King of the Finns. Cycling to the White Horse pub in Woolstone for lunch, we continue by support vehicle, for the benefit of those that want to sample the local ales, onto Stonehenge, Europe’s best known prehistoric monument.

Stop for a look around these magnificent stones, completing our Neolithic Day at one of the most iconic spots in the country. There is the option to finish at lunchtime and head straight to our hotel for a relaxing afternoon in Bath. In the morning we cycle around the canals of Bath towards Bradford-on-Avon and Lacock along towpaths and beside the rivers that lead into this Roman city.

Visiting Lacock village takes you back 200 years, as very little has changed in this medieval town. This ageless quality has seen the village used as the setting for Downton Abbey, Harry Potter and many other popular TV shows and films.

Cycling back into Bath for the afternoon, you visit the incredible Roman Baths, constructed between 60-70 CE and one of the best-preserved Roman remains in the world. An early evening relaxed walk through the cobbled streets leads guests up to the Royal Circus and the iconic Royal Crescent with views overlooking the city.

You stay overnight once more in Bath, eating out as a group in this town, known for its restaurants, bars, culture and arts! Yur tour ends in Bath after breakfast, where we help guests with their ongoing travel arrangements, most often from Bath train station, just a short walk from the hotel.

My 6-day cycling trip in Kent was wonderful. This was my 4th trip with this host (2 in the Cotswolds, 1 in the Cotswolds/Devon/Cornwall - a custom made trip - and then my trip in Kent in 2019). Each trip was outstanding: beautiful views, wonderful visits to national trust sites, historic homes, and monuments, and lovely hotels. The trips are well-organized and give guests the opportunity to add on or subtract miles as desired (in several trips I rode extra miles solo with the guide, which was really terrific). The organization is meticulous, and the guides are friendly, helpful, and very knowledgeable about the local area. Frances was a wonderful guide for the Devon/Cornwall trip!

I cannot recommend this tour company highly enough for anyone looking to explore England’s beautiful countryside. Our tour guide was fantastic! Each destination was lovely with the perfect amount of time to explore before moving on. We were guided ...

I cannot recommend this tour company highly enough for anyone looking to explore England’s beautiful countryside. Our tour guide was fantastic! Each destination was lovely with the perfect amount of time to explore before moving on. We were guided to lovely restaurants for meals and the hotel accommodations were in a quaint town in the Cotswolds with incredible atmosphere. We will definitely book another tour with Francis the next time we visit the UK.

You will be collected from Paddington Station in London at 8:30 am on the first day of your adventure, before you head out to Windsor, then to the Moreton-in-Marsh to begin your journey through the green rolling hills of the Cotswolds.

From there, you’ll head south through the Area Of Outstanding Natural Beauty, visiting Oxford, rural towns, and finishing the tour in the old Roman town of Bath.

This tour is rated 2/5 for difficulty meaning it’s appropriate for guests going for a good ride who can handle an incline or two. The terrain we cover is varied. We’ll enjoy some rolling hills, with wonderful downhills and a few climbs which will be a bit more demanding.

Your holiday, however, will be tailored by your guide to suit your individual preferences. Rewarding views are guaranteed. Daily distances range from 10-40 miles and options for shorter or longer rides are available on all days.
You will spend two nights staying in The Manor or Redesdale in Moreton-in-Marsh, two nights in The Highway or The Lamb in Burford, and one night in The Bird in Bath.

All options are luxurious, comfortable and bursting with country character, and guarantee you a pleasant stay in the Cotswolds. There is free parking, wifi and upgrades available at every option.