Meet Trisha and Don, your photography holiday heroes in France

Our photography holiday hosts, Trisha and Don, have been a firm holiday favourite on the GoLearnTo site for quite a few years now.

Their Photography Hero holiday receives nothing less than 5 star reviews and returning guests rave about the hosts themselves as much as the tuition and stunning setting.

So it’s only right you got to know them a little better yourself before joining them in sunny South West France.

Trisha, tell us a bit about yourself and Don.

The photography courses and workshops are run by Don (Don McCrae ARPS) who is an award winning, published and professional photographer. He’s been a (film and digital) photographer for over 18 years now and holds both the Associateship and Licentiate Distinctions awarded by the UK’s Royal Photographic Society.

As well as lecturing and speaking at many events across the UK, Don was also a co-founder of, and ran Fo2PiX Ltd., a UK business that developed and sold a variety of Photoshop plug-ins, (under the name buZZ.Pro), as well as standalone image editing applications, such as the PhotoArtMaster series and ArtMasterPro.

I, on the other hand, have a passion for French cuisine, especially the heavenly provincial dishes. Believe me, you’re in for a treat when you come on one of our photo holiday courses!

Many people have influenced me and contributed to my culinary knowledge. I’ve read, (and cooked from), wonderful books by Elizabeth David and Darina Allen to the delicious vegetarian dishes of Yotam Ottolenghi and Rachel Shoo. All these chefs have a respect for keeping their food close to its source, which is really important to me too.

Away from the creativity of French cooking, I have exhibited as a painter and sculptor, and screened as an artist-filmmaker. I’ve curated, taught art, led numerous workshops and hold a BA(Hons) in Art and Art History.

What brought you to France? 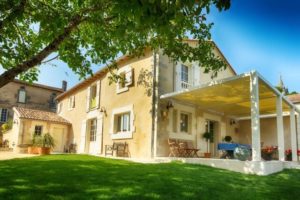 It’s a romantic story. We both fell in love with France on our honeymoon and it’s a love affair that continues to this day. Deep down knew that at some point we would live here permanently.

Over time, after many holidays we gathered wonderful memories that deepened our love for this particular region. In 2000, we decided to buy Maison du Couvent and in 2013 we moved to France permanently and set up a photography studio in the grounds of our house.

How long have you been running photography holidays?

We have been successfully running photography holiday courses for 7 years now.

The idea was born during a summer holiday to Cap Ferret. It was a lovely sunny day and we were sitting in a cafe where a family was gathering together for a photo next to us. The man had a very large expensive camera with a huge lens. He took the shot and the automatic flash came up. Don stared in disbelief and realised immediately that this man had no idea how to use his expensive camera. This was our eureka moment. Don could see that there was a potential to teach people how to use their cameras.

What do you enjoy most about running these holidays?

There is nothing more satisfying than seeing guests proudly hold up their 4 prints at the end of the course. They are so pleased with themselves and what they achieved.

Our primary objective is always to ensure that they leave inspired and motivated by what they can do with a camera and camera software, whilst being uplifted by the experience.

Why is your area a great place for photography?

We’re situated in the heart of the Michelin-starred and picturesque town of Villebois-Lavalette in South West France.

Within a short distance there are photo opportunities galore, which means Studio Lavalette is open whatever the weather! We’ve got rolling hills, rivers, huge landscape vistas, the Atlantic Ocean, fortified churches, castles, not to mention the bigger cities of Bordeaux, Angouleme, Perigeux and Bergerac; as well as delightful small villages with heaps of character.

And with the brandy distilleries at Cognac and Jarnac only 25 minutes away, there are vineyards a-plenty!

What does Don like to shoot in the area?

Don goes out regularly to shoot the ever changing landscapes. He has a variety of cameras which he uses for getting the best out of a particular situation depending on the lighting conditions. 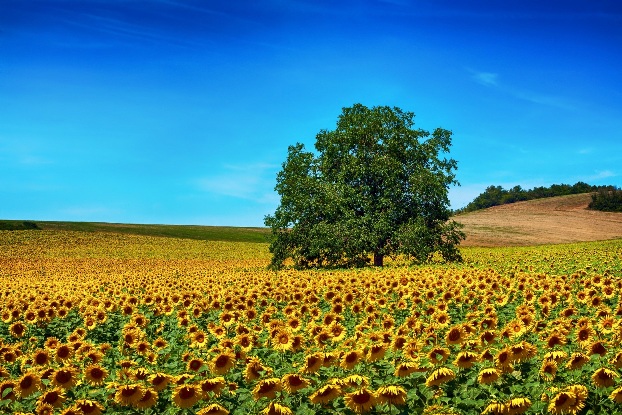 What makes your holiday a unique experience for photographers?

Our holidays are unique in a few ways. We keep our group numbers low so that everyone has their own computer station and wacom tablet. Don tailors the courses, and I tailor the catering to individual needs so everyone feels well looked after.

As well as a historic Michelin starred village with a chateau and medieval covered market on our doorstep, our studio is set in the grounds of Maison du Couvent, probably the oldest house in Villebois-Lavalette. The studio itself, which was previously an old house, has been completely renovated and re-engineered to suit the needs of 21st Century image takers.

When clients come here they are looking to add a French quality to their photographs something different to the images they would take at home. We are very lucky to be able to give that beautiful setting which enhances that ‘je ne sais quoi’ to their photographs.

If you would like to join Trisha and Don on one of their photography holidays in France, you can find more information here.

Or watch this video to get a taste of the kind of creative experience you could have with them.