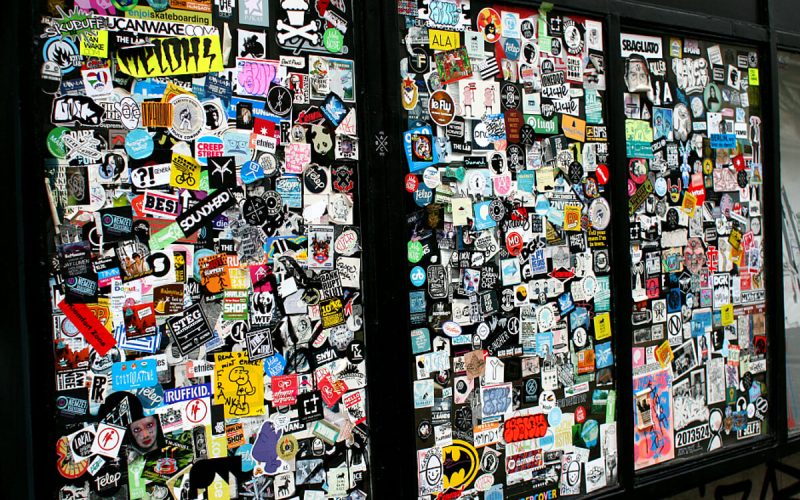 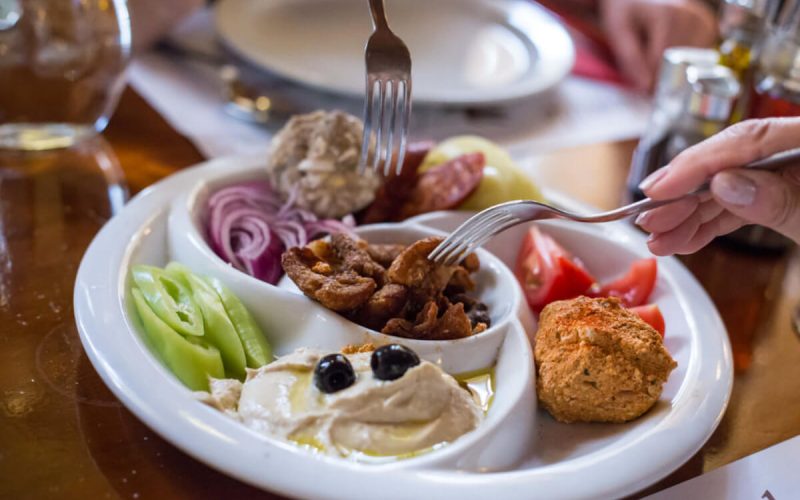 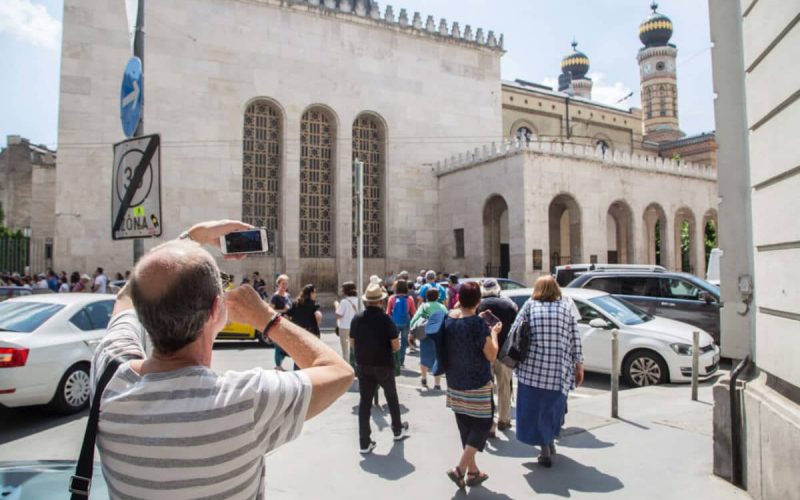 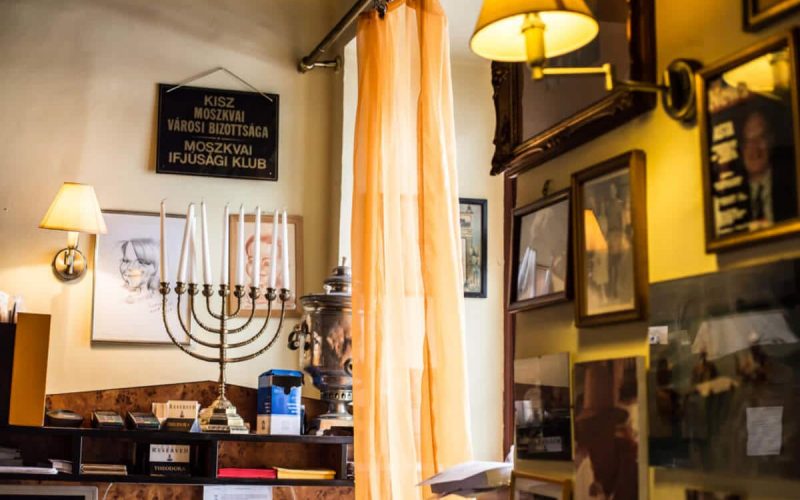 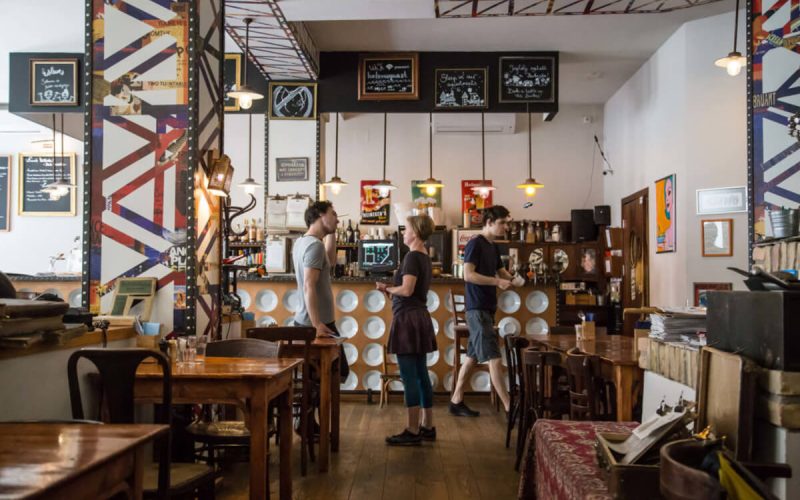 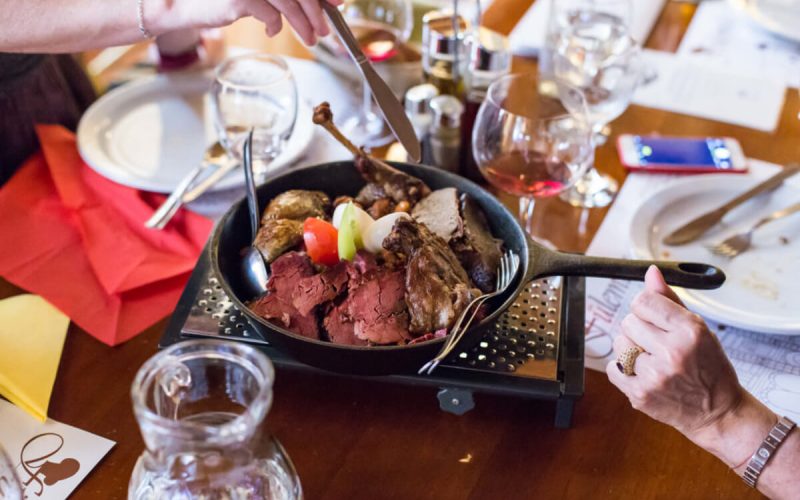 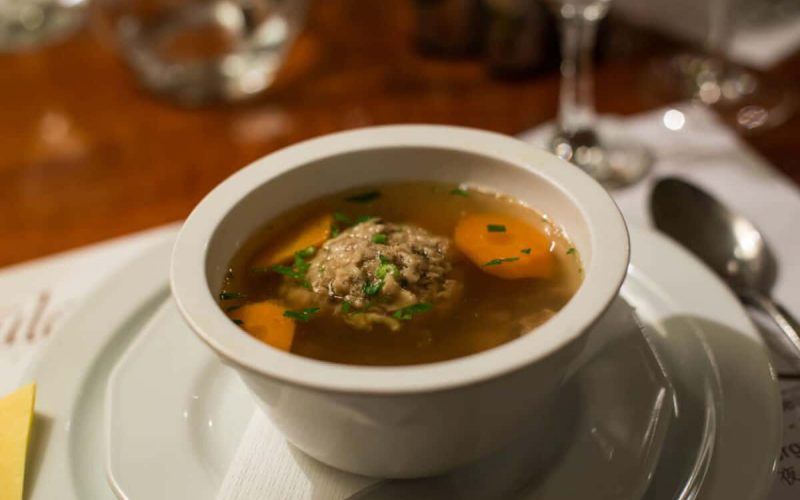 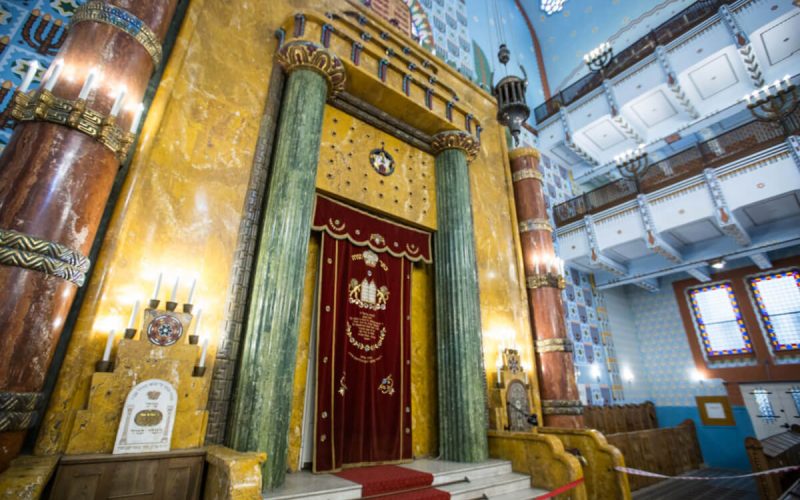 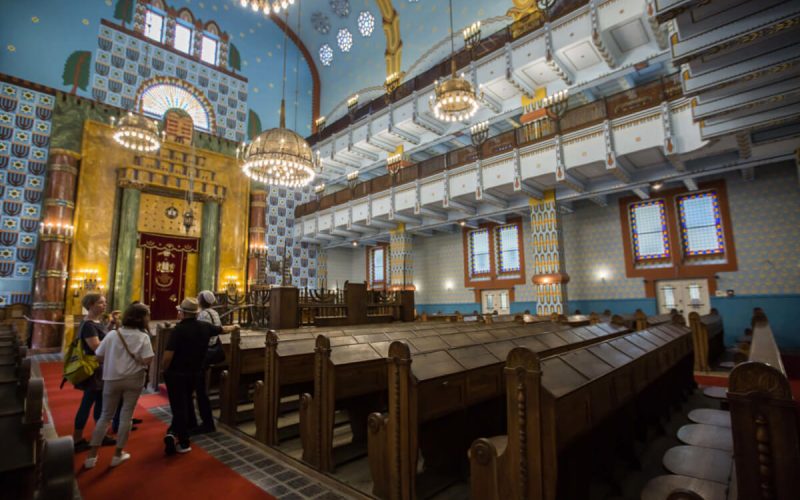 Learn about Jewish history and culture as you walk through Budapest and learn how Jewish people influenced Hungarian cuisine to make it what it is today.

Budapest’s seventh district is a fascinating neighbourhood with winding back streets not only filled with impressive neoclassical buildings and old-fashioned artisan workshops, but with deep history and delicious food

This walking tour focuses on the area’s history and culture, with a special emphasis on exploring and tasting Jewish-Hungarian cuisine in several styles. The food scene has been undergoing an exciting revival in recent years, and this tour will include many tastings to introduce the dynamic Jewish cuisine found here. Experience the flavours, tradition, and culture of Jewish Budapest at a variety of stops along the tour.

We will also discuss the neighbourhood’s heartbreaking past. These days the seventh district is known for its quirky bars, cool cafés, hidden art galleries, and cutting-edge design shops. Before World War Two it was one of Europe’s largest Jewish communities.

The neighbourhood remains the centre of Jewish life in Hungary. During the war Jews were herded into these streets, walls were put up, and a ghetto was created where the majority of Jews survived the war. During the tour you’ll see the neighbourhood’s four synagogues (but we won’t always be able to go inside), which have long been focal points of Budapest’s Jewish society.

You’ll also see the modern face of the district—from the fabulous murals and street art, to the fun design shops and cafés. You’ll leave the tour with a full belly, as well as a deeper understanding of Hungary’s Jewish history, culture, and cuisine.

The tour starts at 11am.

Learn about the area with a local expert guide

Get to taste the wine made in the region 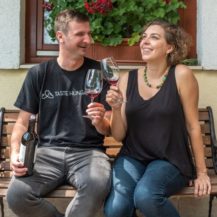 Travel has been a part of our lives together from the time we met working on a cruise ship in the Caribbean more than two decades ago. We share a special passion (and an appetite) for the food and wine of Central Europe, as well as the people, places, and stories that make this region so fascinating.

We founded Taste Hungary—our Budapest-based food and wine tour company—in 2008, and ever since have loved doing this deep dive into the foodways and wine culture of Hungary. After spending years researching and writing Carolyn’s culinary guidebook to Hungary—Food, Wine, Budapest (Little Bookroom, 2008)—we started Taste Hungary with the intention of sharing their passion for Hungarian food and wine with like-minded travellers who want to experience the region’s authentic flavours and experiences.

The 7th district of Budapest also known as the Jewish district is home to a vast amount of history and culture relating back to before the war. Nowadays, it is still the centre of Jewish life in Hungary, but it now is home to quirky bars, cool cafes and hidden art galleries. This gives the district a mixture of the old world and the new which makes this tour so unique.